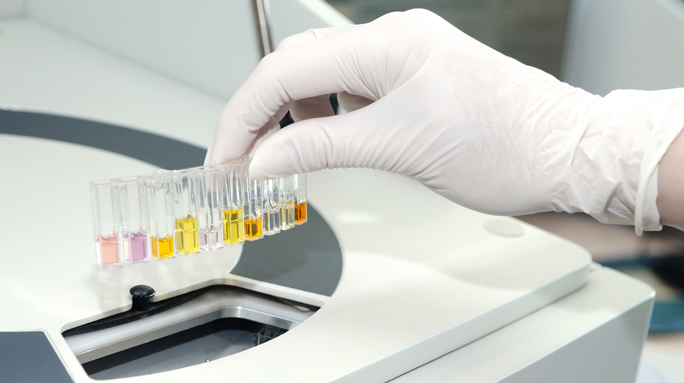 The past 60 years have seen the development of innovative next-generation sequencing (NGS) techniques that researchers and clinicians employ to diagnose, monitor, and manage diseases and disorders by determining germline or somatic mutations. Scientists in a variety of fields utilize next-generation sequencing technologies to determine the sequence of a nucleic acid strand, such as DNA or RNA, in a few days or even a few hours. Although NGS technologies are relatively new to the medical and scientific scene, these technologies have quickly redefined genomics research.

The two main long-read NGS techniques are single-molecule real-time (SMRT) sequencing and nanopore sequencing. SMRT sequencing involves researchers circularizing DNA strands and using a polymerase to integrate labeled bases that emit light on integration. The researchers detect the light and use this to measure the incorporation of nucleotides in real time. Meanwhile, nanopore sequencing involves researchers measuring changes in electric current as they pass DNA strands through a protein nanopore. They then decode the changes to decipher the sequence.

Although these techniques currently stand at the forefront of NGS, these technologies have come a long way since the beginning of NGS. Here, we will dive into the journey that NGS has undertaken since the discovery of DNA’s basic double-helix structure in the 1950s.

The History Behind Next-Generation Sequencing

Since the discovery of DNA’s basic double-helix structure, scientists have dedicated much time and effort to understanding DNA’s molecular structures. And, since 2003 saw the completion of the Human Genome Project, scientists have directed these efforts toward developing NGS techniques. As a result, today, scientists can sequence an entire human genome within a day and at below $1,000.

Developments in the 1970s

Paul Berg developed the first DNA sequencing technology in 1972. This technology made it possible to isolate defined DNA fragments and paved the way for the development of modern genetic engineering. Before the advent of this technology, scientists only used phages and virus DNA for sequencing.

Then, in 1973, Walter Gilbert published the first nucleotide sequence. This sequence comprised 24 base pairs of the DNA lac operator. A few years later, in 1977, Frederick Sanger famously sequenced the first complete DNA genome of a bacteriophage (phi X174). He went on to develop the “DNA sequencing with chain-terminating inhibitors” method, which Walter Gilbert expanded on by developing the “DNA sequencing by chemical degradation” method.

Developments in the 1980s

Nearly a decade later, in 1986, Leroy Hood announced a new invention, the first semi-automated DNA sequencing machine, at the California Institute of Technology. Researchers and scientists used this machine to map and sequence genetic material. Fast-forward a year to 1987, and Applied Biosystems marketed the ABI370, the first automated sequencing machine, which enabled progression in several research projects.

Developments in the 1990s

Developments in the 2000s

By 2000, the Human Genome Project had leveraged advances in genomics and sequence analysis to complete a rough draft of the human genome. From here, Lynx Therapeutics Company, which Illumina later bought, launched the massively parallel signature sequencing (MPSS) technology. International researchers then completed the Human Genome Project, which took a total of 13 years and cost approximately $2.7 billion.

As of the 21st century, developers honed more NGS techniques, providing cost-effective, efficient, rapid, and accurate sequencing methods that offered vast improvements over the outdated Sanger method. First, in 2004, 454 Life Sciences released the Roshe GS20, a new generation pyrosequencing technology — and the first NGS platform on the market. This platform transformed DNA sequencing by making it possible to produce up to 20 million base pairs.

In 2014, Illumina released the HiSeq X Ten Sequencer and claimed to have produced the first $1,000 genome (although it took tens of millions of upfront investments to reach this landmark). This development saw Illumina monopolize the industry; the company held 70% of the market for DNA sequencers and accounted for over 90% of all DNA data produced on a global scale.

Then, in 2018, Veritas Genetics offered whole genome sequencing at just $199 to 1,000 customers. A year later, in 2019, the National Human Genome Research Institute reported that the price of sequencing a complete human genome had fallen to $942, beating Moore’s Law prediction.

Today, researchers and scientists use NGS technologies in several applications, such as metagenomics, RNA sequencing, and whole genome sequencing. As developers continue to modernize these technologies, we will see them become efficient, affordable solutions in more and more genomics laboratories. For example, the newest NGS technologies already generate accurate insights into cells’ nucleic acids during a particular phase by using single-cell sequencing techniques. These technologies evade the need for average readings from samples, which can be misleading.

Developers are also honing new spatial sequencing techniques that scientists and researchers can use to sequence directly from a sample. Such techniques provide a special resolution to data and make it possible for researchers to inspect a cell’s composition and interactions in their natural environments. These techniques also minimize the time and cost of sequencing while maximizing accuracy.