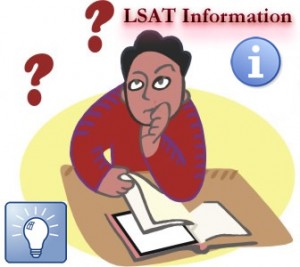 According to a recent study, more than half of all law school admissions officers reported that they had decreased the size of their student capacity for the 2013-2014 school year. In addition to this startling fact, another 25 percent intend to cut their admissions again in the 2014-2015 school year. One reason for these cuts is a decrease in law school applications; a supply and demand issue, if you will. The writers of the LSAT, the Law School Admission Council, reports that over the past three years applications to law school have gone from 602,300 to 385,400. This is a marked decline, with several reasons behind it.

What is to Blame for Decrease Law School Applications?

The downturn of the American economy over the past five or so years is partially to blame. Prior to this downturn applicants were not as worried about financial issues, however, according to Ann Levine, the author if “The Law School Admission Game: Play Like and Expert” and the founder of lawschoolexpert.com, every student applying to law school is concerned about finances. Levine also believes it is to be expected that law schools have no other option but to decrease their class size when application rates are on the decline. Recent numbers even show that LSAT test takers have declined; down 45 percent this fall when compared to 2009.

Just as the housing market is recovering from the ill economy, it is predicted, at least by Levine, that law schools will make a comeback as well. With a law degree being so versatile and universal, it is bound to stay one of the most popular degrees one can attain. Prospective law students are beginning to watch what is going on with student loans and job prospects again as they learn how to prepare for the LSAT by taking LSAT prep courses, and prepare to apply for law school. Job prospects are good, especially in certain areas of law like tax law, healthcare, privacy and compliance, as well as elder law.

If you have been waiting for the economy to improve before going to law school, there are several steps you can take to prepare in the mean time. Get ready to take the LSATs. One of the best ways to do this is to take LSAT prep courses. LSAT prep courses prepare prospective law students to use critical and logical thinking skills when answering the test questions. Though LSAT prep courses can require a large portion of your paycheck, they are worth it in the long run. No one wants to have to take the LSAT multiple times, and LSAT prep courses can give you thousands of practice questions and the reasons behind the answers. Many also offer videos and flashcards to help you prepare. It is also recommended to take at least five practice tests before the real exam. It is recommended that you time yourself when taking a practice exam. The real LSAT is timed, so it is not only about how much you know, but how fast you can demonstrate what you know.