Nobody really wants to be in a situation where they are in court. Even when you have the entirety of the justice system falling in your favour, it is still a stressful time, which gives rise to concerns, worries and trepidation. The uncertainty of the opposing side, the emotions of the judge, the willingness of the jury to believe you or your opponent—these are all valid concerns and are the reason why people generally tend to settle out of court, if at all possible.

Getting legal finance is perhaps an even bigger concern than these intangibles as getting together the money to build a solid legal case is not cheap. This is especially true if you want to have the best possible people on your team, which clearly everybody does when they have to face their day in court. You wouldn't want to go into battle with a less than ideally skilled warrior, and the same is true in the instance of a legal case.

Why You Should Look for a Legal Finance Provider 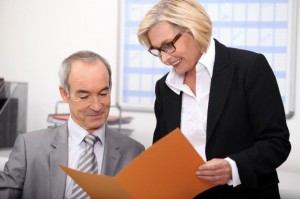 Many people use their savings for such cases, a massive risk that has the potential to keep you working past your retirement date and into the future with no end in sight. It is actually much better to consult with a company that specialises in these things as they can give you a better sense of your chances of success given the fact that they daily encounter a variety of cases of all levels of strength and weakness. Such a company will be able to tell you straight your chance of getting the outcome that you desire.

Additionally, a legal finance provider is able to guide you through the costs required of building a successful case. Most layman have no idea about the hidden fees and add-ons that come with legal cases and so are often bewildered to get their bill at the end and see hourly charges for things that they had no idea were going on. By having a clearer idea of what you can expect, there are no nasty surprises to sneak up on you at the end of your arduous campaign.

What's more, these companies may even be able to help put you in touch with people who can help your case to run more smoothly and increase your chances of victory. It really can't be understated the value of such a consultation, when it can increase your peace of mind, offer you some realism in terms of the outcome, and also get you talking to the right people.

An Increase of Cases

If only more people were aware that this was an option, we would see an increase in cases. Presently, a large proportion of people do not take their case forward, partly due to the huge financial burden which awaits them should the case not turn out the exact way they have planned and expected, but also dealing with the money side of things which is always an area that people are concerned about. The fact that lawyers speak in unnecessarily opaque language also doesn't help, and these companies can help to ensure that you are given the best possible advice, with your concerns allayed by professionals with your best interests at heart.

For many people who took advantage of legal finance, their cases turned out just the way they hoped they would. Such a provider can help you find your way when all seems lost in the world of legalese, court rooms, endless money, and power suits.

Alicia May is author at LeraBlog. The author's views are entirely their own and may not reflect the views and opinions of LeraBlog staff.