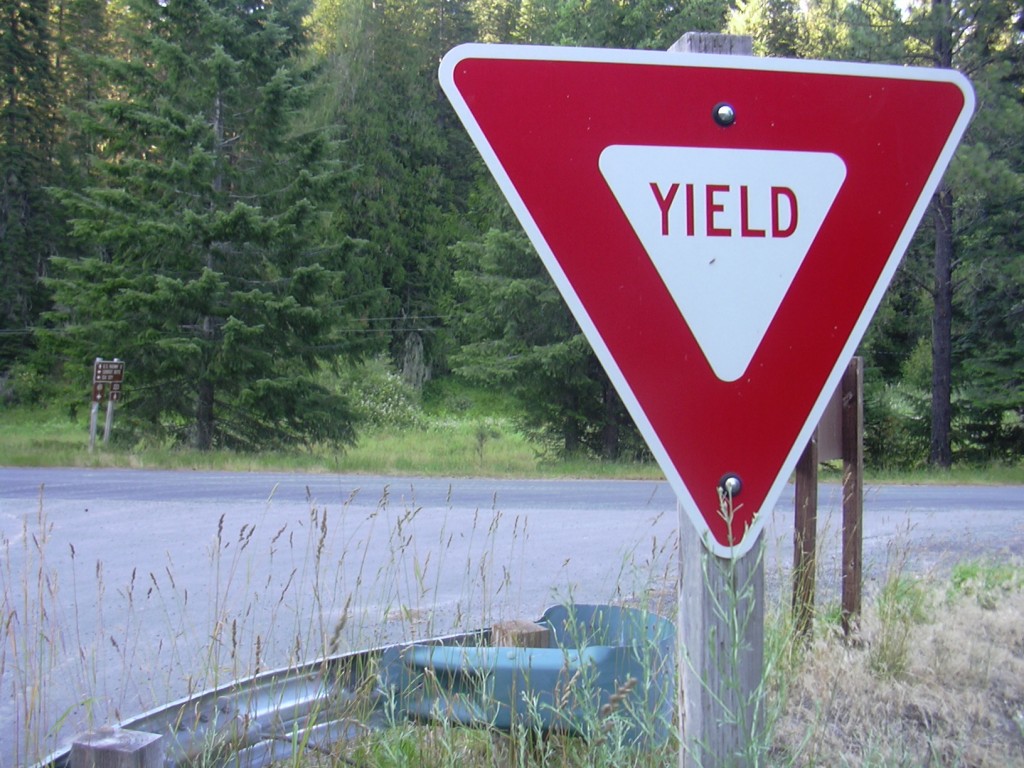 There are many tickets that are readily written and given out to drivers by police officers. From the meager and mild jaywalking (yes tickets are issued for this) to the often misunderstood, failure to yield. If you are on the receiving end of the latter, you might easily find yourself wondering why you got it and what it really means to forget or fail to yield. This is a concept that should be understood well by all aspiring and current drivers. Here are a few ideas to keep in mind should you get a FTY ticket or fine.

In order to understand what a failure to yield ticket is about, it is important to fully understand what it means to yield in general. All licensed drivers at some point or another during their driving tenure should have come across the word "yield". For many, the word stirs up images of blinking yellow lights or the cautionary yellow light that comes on before a traffic light turns red. However, the word "yield" with regard to traffic violations means that one car must give the right-of-way to a car (or truck) that is lawfully proceeding on the road. For example, if you are making a left turn at an intersection, you must yield to all oncoming traffic. In a nutshell, to yield, is to make a temporary stop due to oncoming traffic having the right of way. If nothing else, keep the last three words of the former sentence in mind-right of way. To do such will provide a great service to yourself, and perhaps even prevent you from getting one of those pesky failure to yield tickets.

Just as to yield means to give oncoming traffic the right of way, the premise behind a FTY ticket is that the driver is at fault failing to give oncoming traffic or pedestrians the right of way. If you have been stopped for not yielding, you can be fairly sure that the attending officer was situated in a place where he or she could readily see whether or not you yielded to oncoming traffic or pedestrians. And if the police officer was watching, then you may have a difficult time disputing the ticket. Usually this ticket is issued when a driver is at fault for not yielding and this lack of yielding has caused an accident. There are many scenarios that fall under the umbrella of not yielding to oncoming traffic. This situation is a most common occurrence at traffic circles.

The Benefit of Getting a Lawyer

Sometimes once a person is issued a FTY ticket, they may seek the advice of a ticket attorney. Sometimes depending on the situation the officer who issued the ticket may not have observed something correctly. In short, it is not uncommon for officers to be wrong in their judgment. Human error happens all of the time. When this occurs, a traffic ticket attorney might come and represent the driver deemed to be at fault during the trial.

Understanding what it means to fail to yield is essential. Drivers should take every precaution to fully understand the law.

If you are interested in learning more about the FTY laws, visit 4 Lakes Driving School.