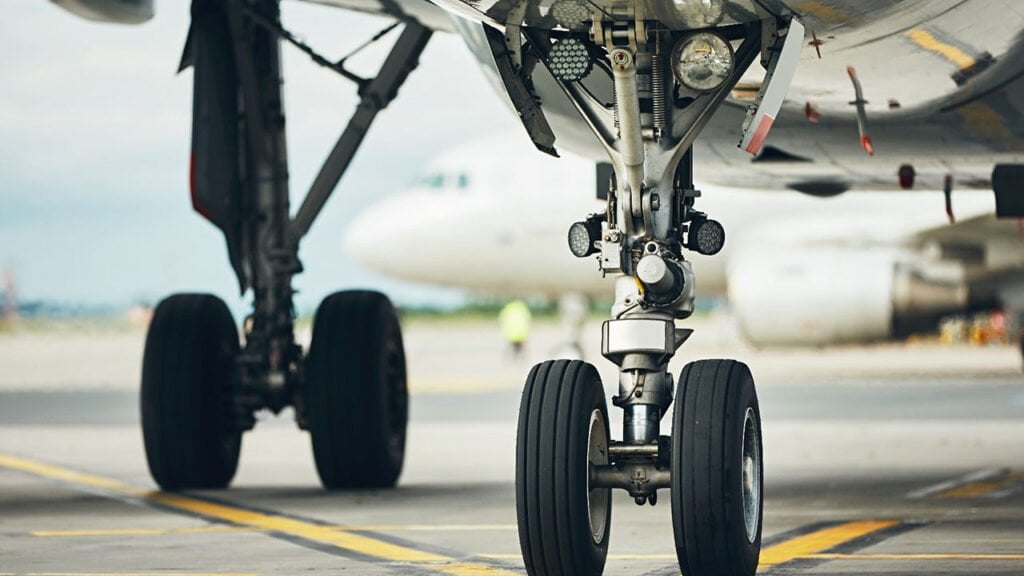 There’s no doubt that aviation represents one of the most lucrative industries in the world, even accounting for the undeniably negative impact of the coronavirus in 2020.

While the global airline industry was valued at $686 billion by the end of last year, for example, it’s poised to return to positive growth in 2021 and achieve a cumulative value of $776.86 billion in the process.

There’s a good reason for this too; with the demand for international flights likely to hit new heights this year while the average number of trips taken globally each day rises from its current figure of 102,465.

Introducing Landing Gear – What Does This Term Mean?

From a technical perspective, it should go without saying that landing the plane is among the most important components of air travel (either international or domestic).

Doing so consistently and safely, and with minimal impact on the rest of the vehicle, is something that consumes thousands of hours and millions of dollars.

It’s a function that’s performed by a collection of components, which come under the umbrella-term Landing Gear.

We’ll explore this further below, while asking why frequent and efficient maintenance is such an important consideration.

Over the course of its lifespan, landing gear is expected to absorb huge amounts of stress. Pneumatic shock absorbers (equipped with delicate fluid control systems of the sort sold by Allied Electronics) distribute the impact of the wheel upon tarmac – and even the gentlest of landings will create general stress. If a plan is subjected to rough landings, then this wear and tear will only accelerate.

It’s not just during landing that the equipment is put under strain. Even bringing the aircraft to a halt will also put horizontal pressure on the entire structure, as will towing it from place to place, as will jacking the gear.

Not only this, but even pressure-washing can be a source of premature degradation, as it can cause moisture to work its way into the various nooks and crannies, causing corrosion.

Caustic substances, such as paint-stripper, can also alter the tensile properties of steel, leading to structural vulnerabilities.

Whatsmore, these issues can cause gradual and scarcely noticeable dilapidation over time, so being aware of the things that impact negatively on landing gear lifespan makes it far easier to maintain it successfully.

This brings us neatly onto the topic of actually maintaining landing gear in real-time, which continues to sit at the heart of the commercial aviation industry.

In simple terms, looking after landing gear, and preserving its lifespan, means performing maintenance in a number of different and diverse ways.

The most important of these is lubrication. Lubrication ensures that the gear is protected from moisture, as well as ensuring that friction is minimised. This optimises the lifespan of the gears, while minimising the risk of any malfunctions occurring while a plane is in flight.

To reduce the chance of the gear failing while it’s in use, it should be periodically inspected, and any cracks and scratches should be documented. The earlier that problems are spotted, generally speaking, the less costly they are to fix.

This is a sound rule to follow across all aspects of landing gear maintenance, as adopting a proactive mindset is far better (and less costly) than reacting to issues as they occur in real-time.

Just as much of the business of flying a modern aeroplane is handled by a machine, the landing process might soon become automated, too.

A vision of the future comes in the form of Autoland technology, which is one of many competing systems designed to get the plane to safety in the event that the pilot becomes incapacitated.

The system works by seeking out the nearest airport and contacting the control tower. The computer informs the tower that the plane is coming in to land, thereby providing the airport with time to clear the runway.

As yet, the technology is only used in rare cases where a human is unable to do the job – but the day might soon come where landings are entirely automated. This could help to reduce the shock on landing gear, and to ultimately extend its lifespan.

Although this wouldn’t eliminate the need for landing gear maintenance completely, it would revolutionize this aspect of the industry while arguably creating higher safety standards across the board.