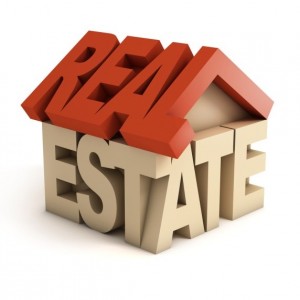 velopment in cities, the market is growing at a rapid pace. It is the second largest employer after agriculture in India. The most important factor that is governing the rate of increase of the real estate market is the demand for office spaces and urban or sub-urban residential properties. There is a huge amount of investments done by foreign investment companies and non residential Indians (NRI), who are interested in the residential properties of the big metro cities.

According to Indian Brand Equity Foundation (IBEF), the market size of Indian real estate is expected to touch US$ 180 billion by the year 2020. The housing sector of India's real estate sector contributes to 5-6% of India's gross domestic product (GDP) and in the financial year from 2008-20, the compound annual growth rate is expected at 11.2 percent. Much of this growth is due to the rapid development in the IT/ITeS, retail, consulting and e-commerce sector, resulting in the high demand for office spaces and residential properties.

The supply in the real estate market is in sync with the growing demands and it can be seen clearly if one looks at the real estate trends of the major metro cities of India. There is an upward trend in the capital values of most of the cities in the October-December 2014 quarter and the trends given by the graph below will throw a light on the subject. 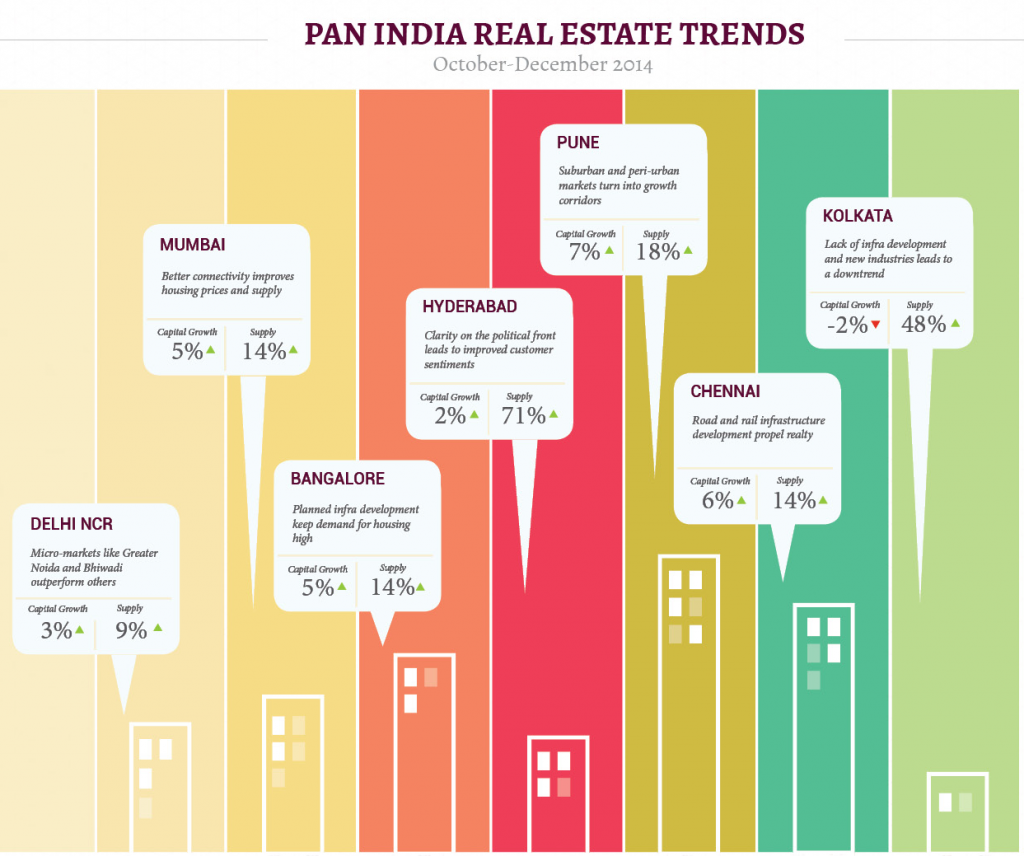 The real estate scenario is expected to get a major turnaround in the near future with a lot of government reforms in the real estate being proposed. Some of the major reforms that have impacted the real estate of the country in a positive manner include the incentives announced by RBI for infrastructure financing, reduction of interests in home loans, incentive for affordable housings and relaxation norms for foreign direct investment in the real estate market. There are other various reform bills that are in the pipeline, which are expected to be positive for investors and buyers in the future.

Due to the high investment and demand, there has been seen a steep rise in the increase in property developers who are diversifying their field. There are a number of big players in the real estate market who have capitalised from the demand and performed consistently in providing quality properties year after year. Here some of the top real estate companies are being listed here, which are ranked according to their market capitalisation, market value and the delivery of the projects.

DLF is the biggest realty developers of India, with a staggering market capitalization of 22,140 Crores (as of May 18, 2015). DLF was founded in 1946 by Chaudhary Raghvendra Singh and became public in July 2007. The company's US$ 2 billion IPO in 2007 was the biggest IPO in Indian history. The company is into diversified fields from residential to retail properties and has about 25 million sq ft of office spaces spread across Gurgaon, Hyderabad, Kolkata, Chandigarh and Chennai.

Oberoi Realty first started as Oberoi Constructions in 1980 and was listed in Bombay Stock Exchange in 2010. Most of the residential properties developed by the company is for upscale buyers and are relatively expensive than others. They also develop office, retail, hospitality and social infrastructures. The company is based in Mumbai and has a market capitalisation of 10,002 Crores (as of May 18, 2015).

It is one of the oldest property developers in South India and has a market capitalisation of 10, 104 Crores (as of May 18, 2015). Prestige Group was founded in 1986 and is based in Bangalore. With a number of landmark properties, including the UB City in Bangalore, Prestige Group has established itself as the leading player in the realty market over the last two decades.

Founded in 2007 in Noida by Jaiprakash gaur, it has become one of the fastest growing companies in the real estate sector. Jaypee Infratech Ltd. has a diverse list of properties to its credit which include residences, office, retail and recreational.

Godrej Property is a diversified real estate developer founded by Adi Godrej in Mumbai in 1990. Its establishment is basically in Mumbai region but can be found in other cities like Bangalore, Gurgaon and Kolkata. Its market capitalisation is about 4,779 Crores (as of May 18, 2015).

It is a multinational real estate company having its presence in Gulf countries as well. IT was founded PNC Menon and is based in Bangalore. As of 18th May 2015, the market capitalisation of the company is 3,787 Crores.

There are a number of other companies who have good pan-Indian presence and have delivered a good number of projects.