What does â€˜to animate' refer to? It means â€˜to give life to.' An animator's job is to bring a motionless image or an object to life by getting it motion and personality. When it comes to computer animation , software applications are used to draw, mould and animise objects and characters in a large digital landscape. Computer animation can be created using two techniques - computer-assisted and computer-generated.

This animation is generally two-dimensional (2-D) such as cartoons. The artist renders an object or a character by hand or using a computer. He then places his work in key frames, which creates a sketch of the essential movements. After this, the computer will fill in the gaps of â€˜in-between' frames using mathematical algorithms. This procedure is something that is known as Tweening. Tweening and key framing are conventional methods that can be accomplished with hands but are done much faster using a computer.

This is completely different from that of computer-assisted animation. This is three-dimensional, which means that objects are characters are moulded with an X, Y and Z axis on a plane. There is no function of pencil and paper in this animation technique. Well, where as Tweening and framing are concerned, they are still an important part of computer-generated animation. 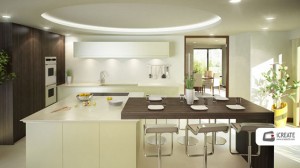 Animators can compute objects or characters to bind them to physical laws such as mass, force and gravity. It can be even used to create numerous elements to act separately. In this animation, the monster's fur can be programmed to wave softly in the wind instead of animating each hair.

Computer-generated animation can be used to create a realistic film.

"Westwolrd" is the first film to use computer-generated two-dimensional graphics. After this, more and more films became dependable on computer graphics to produce primitive effects that were programmed to appear computer-generated.

The growth of computer processing power has resulted in the enhancing sophistication and practicality of three-dimensional animation. 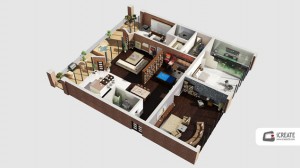 When it comes to creating computer-generated characters, one needs modelling software programs. These applications are full of basic three-dimensional shapes known as primitives or prims. These 3D shapes are actually building blocks that are part of the more complicated characters. Take for instance, it is easier to form a vehicle by adding cubes, cylinders, pyramids and spheres of varied sizes and shapes. This object can be viewed from any angle since it is a 3D object and is programmed on the X, Y, and Z axis.

There will be no surface colour and texture, when a model is created using three-dimensional animation. There will be just a frame of the object- the blocks, cubes, and spheres that are used to create that object. This is known as wireframe.

Once you have created your wireframe, it is time to colour and texture it to make it look more realistic. After giving life to your model, get it light to give it a depth and realism.

When it comes to creating lifelike three-dimensional objects, modelling programs are really effective. This is because these programs contain mathematical algorithms to imitate the natural world.

There is no doubt that the Hollywood uses this technology to the greatest extent to make films. Apart from being used in films, 3D animation is used in different sectors like sales and service, supply chain and manufacturing and property development and so on.

In the field of property development interactive animations are a great tool to present a project in a proper manner. You can still find a buyer for your yet to be built building project presenting your plan in a 3D animation.

So, next time when you have a client meet, forget not to have a 3D presentation of your architectural project plan.