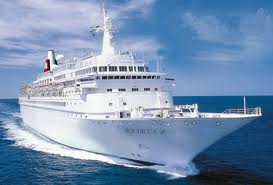 If you are seeking an opportunity in such a field that would give big boost to your career, Marine engineering is a great option for you. Any professional capable in the functions of maintenance, operations and repair of essential engineering equipment for ship can be assured to have a promising career in this field. All you need is the right preparation and training which will make you a competent marine engineer. In this post we will be discussing about all the information required before stepping into the career of Marine engineering.

Even the ships these days are fully equipped with the modern technologies that can only be understood and handled by expert marine engineers. Not only this job requires high technical knowledge, it also seeks a high sense of responsibility in any individual who could efficiently carry out their duties as the cost involved could be in millions.

Secondly, they should be prepared mentally as well as physically to spend months on the sea which is an important aspect you need to think on. You will be staying away from home and your body must be able to adapt to the various sickness that one tends to suffer while living on sea.

Other than these two challenges, the career of a marine engineer is quite rewarding. They not only get a chance to sail across the world getting NRI status, but the salary is obscenely higher which pays off for all the hardships.

Demand for marine engineers is fairly increasing day by day. As a result of the upsurge in the international global sea traffic, not only in the private but even the public sector companies and government authorities like the Navy, are seeking a great number of marine engineers. Technical functions including the maintenance, construction and operations are the main technical areas where openings arise. Other than these marine engineers are also sought by hotels, banks, IT companies, and even in the field of academics.

The person, who is heading the overall crew and engine of a ship, is generally called the chief marine engineer. They sail on the ship for around 20 years and then easily get great job opportunities offered by maritime universities, shipyards or the private companies. Also if you lucrative job opportunities in companies which are manufacturing ships. Other job titles include Harbor Master, Navy Weapon Engineering Officer, Marine Engineering Officers, Second, third and fourth engineers and several others.

The basic pre-requisite is to have a bachelor's degree in Marine Engineering or nautical science which can be easily pursued as soon as you complete your school (10+12) in subjects including Mathematics, Physics, and Chemistry. Either a B.E or a B.Tech degree is awarded when you are through with the study which is generally of three to four years duration. There are a number of marine engineering colleges across the country which offers courses suiting your specific needs. You need to well prepare for the entrance exams which will qualify you for the further rounds like interviews and counseling, to get a seat in some of the prestigious marine engineering colleges.

For the post graduate courses, a bachelor's degree is a pre-requisite. This could be in marine engineering or any other branch of engineering which is generally for duration of two years.