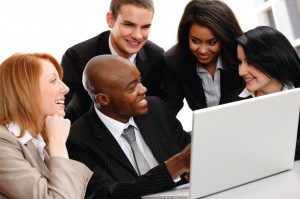 In the past, rebounding markets have been taking a hard hit because of a number of reasons such as high oil prices and other rising commodities, threats from ISIS, the strong performance of the dollar and Feds decision to increase rate. Each year, there seems to be a strong challenge on the performance of the market. Yet, although the market has been experiencing plenty of resistance in the past, still many investors and experts are hoping to see a turnaround that will shock many doubters.

Developing markets such as Mexico and Turkey as well as other countries, took a beating in past years. Still, with all the setbacks happening around the world, which caused the markets to lose ground and reaching rock bottom, the market is set to take off again in 2016.

Emerging markets went up in 2015 by about 3.9%, which made the market grown more than half in 2010. Although the growth rate seems modest, financial experts are predicting that 2016 will produce a stronger growth. The prediction made by experts for 2016 is 4.5%; the expectation is that recovery will be a challenging one, especially for countries like Brazil, Turkey and South Africa. Brazil is presently going through a difficult recession while Turkey is experiencing debts. South Africa is still going through currency problems and thus is showing a messy economy. As the public continues to watch, much confusion in the market seems set to clear up and stability returns to it.

Most emerging markets have to depend on certain commodities such as oil, copper and iron to help their economy stay stable or grow. A look at oil prices show that in 2015, it went down to a 7-year low as recorded in December. Still, oil along with some other commodities is expected to stop stumbling too far down in 2016 like what happened in 2015. For emerging markets to succeed in 2016 and beyond, commodity prices have to either remain at a stable position or rise to a new level. If prices fall, they become bad business for the markets. However, CMC Markets writer Colin Cieszynski reposts that "Stocks and Oil Overcome Overnight Weakness Heading into a big Day for Earnings", which many believe if he is right will see the markets pushing on ahead in 2016.

China, which is the world's largest economy had some effects on emerging markets countries last year in 2015. This year however can be different for the giant market. Since the low performance as what happened in 2015, the big question experts are asking is whether the country can start showing positive signs of recovery that will put back confidence in the markets.

The dollar is another factor to watch. It had a rippling effect on emerging markets in 2015. It showed positivity against other countries' currencies like Latin America, Southeast Asia and the Middle East as well as in the European markets. Brazil's currency went down 31% and felt the weight of the dominant dollar last year. Russia's ruble also showed it could not stand against the dollar and thus fell 17%. Indonesia rupiah showed weakness in the face of the dollar and went down 10%.

The dollar might get stronger in 2016, which can turn it into good news or bad news, depending on which currency one is dealing in. The problem with most emerging markets is that they still have their debt load to pay off and they have to do so using US dollars. So far, emerging markets debt is standing at about $3 trillion dollars and the more the dollar gets stronger is the more problems the countries have of paying off their debts.

The Feds have a lot to do with how the dollar operates. If they raise interest rates for this year, the markets might face a difficult time because the higher the rates go is the stronger the dollar becomes.

Using the right strategy, emerging markets can rebound and show positive signs in the economies. However, they still need the larger countries such as China and the US to help them grow.