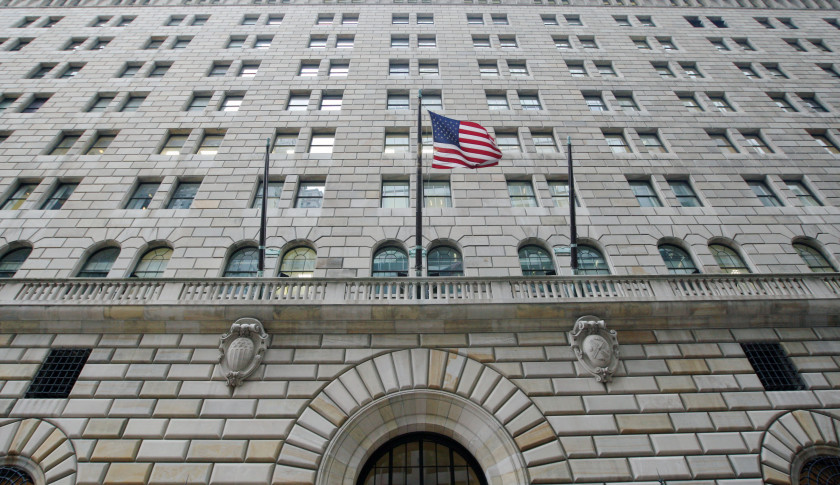 With Trump finally in power and making America look good on the map of the world, the focus can now be shifted to what America can offer its people and the people of the world. The Federal Reserve Bank (FRB) has been working on its monetary policy all throughout the year. Considering the economic developments taking place and the events of Nov. 8 presidential elections it is by no means a small feat that no major change has been put in order.

The Federal Reserve Open Committee has inflation, unemployment, and interest rates to deal with; all but one is in their direct control, the interest rate. The interest rate is an interesting calculator for the US economy’s spending strength. The higher the interest rate the lower the spending. But in a consumerist economy like US this has a different impact. While people borrow money, there is a high chance they will default if the interest rate combined with the borrowed sum is too high. This can create a vicious cycle which may result in a recession like the one faced by the US in 2008.

In the past decade, the Federal Reserve Bank has had to deal with a tumultuous economy and balance of payments resulting in major changes in the interest rate. In 2006, when the housing loans peaked the FRB increased rates up to 4.75% to contain the spending. In 2007, the rate remained more or so constant pushing up the inflation rate to 4.1% from 2.5% from the previous year. This was when the recession hit US and by December 2008, FRB had come down to 0% interest rate.  It remained so till December 2015 when the FRB increased its interest rate to 0.5%. The inflation in 2015 was 0.7%.

In 2016, FRB kept the rate constant at 0.5% and monitored the economic changes closely. During the year, U.S. shale oil prices have considerably reduced prices of food, transportation and raw materials used for production. This means larger profits and more disposable income. Most of the growth in employment during 2016 has been in the low-paying retail and food industries. Although this employment seems good, the FRB is of the opinion that many workers in such industries used to have high-paying jobs and now work in such industries due to a long bout of unemployment. The real unemployment rate could be double the current artificial rate of 4.8% of artificial unemployment rate. The inflation could remain 1.3% till December 2016 and a core inflation rate could remain at 1.7%, both of which are less than 2.1%; the target FRB rate.

Looking at the factors actively in play, which are progressive and positive, the FRB can raise its market interest rates after the Presidential Elections. The stock market has already undergone a massive shock after Trump’s win. Trump was clear when he said FRB was using its powers to manipulate the elections. But the wait out by the FRB clearly shows that they can wait and watch for Trump’s policies to unfold. With the internal situation comes the external emerging markets and inter-connected financial system. Unless Trump has big plans to reduce the fiscal budget miraculously the FRB, which has plans already in place, will implement the interest rate policy.

FRB hopes to hike interest rates by December 2016, to 0.75% considering the favorable environment. FRB shall also increase the rates further in 2017. This will have significant impact on the financial markets and on the regular consumer behavior. Although the rates shall not be touching their pre-crisis levels anytime soon, a rise indicates an economy that has a stronger banking power.

However, businesses tend to grow concerned when interest rates are raised. For them it is opportunity cost of doing business. Raised interest rates also affect every consumer differently. People with savings may be happier than those with loans. However, the psychological impact of a growing economy cannot be ignored.

The American economy is recovering from a 0% interest rate for 7 years, where the cost of doing business may have been nothing but people invested heavily in other projects. People with money and no experience in investing are maybe the most dangerous people since they end up believing in Ponzi schemes and every other money making business.  On the other hand, being a central banking system the FRB can sustain a 0% rate by paying out whatever money the people want, which directly means more dollars in circulation. The only problem is that when the interest rate is revved up it takes more time to bring those printed notes back.

Although the markets have operated in higher interest rate conditions and a rate hike is not they are unfamiliar with, a 0.25% hike in rate will shake things up a bit. The stock market will get affected since most companies will record lower profits and slower growth spurred by speculation can bring the price of scrip down easily. Depending on the debt expenses of companies the stock price can be adversely affected.

Forex market analysts argue that many Americans are already hand to mouth considering the slipping wage rates and very low real income. With a raise in interest rates, the price of debt for the consumer will rise. US is a very loan dependent country, where students take loan to study, people take loan to buy houses and then take loan to fill them with things they like. Raising the price of getting loan may start a circular crisis again.

As a monetary policy tool, the interest rate is an interesting and effective tool to contain and directly affect the savings and spending. But in the long run it affects many other factors including imports, exports, the exchange rate and the relative outlook of a country. This may seem like a lot of economic burden on something small like the interest rate but the fact remains that all these tools are intertwined and work only when balanced with each other.