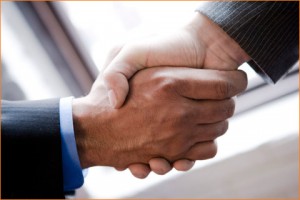 Long before the current financial crisis, America's workers were suffering through a wage drought that is now well into its fourth decade, with no end in sight. Yet labor productivity has risen sharply, by more than 80 percent, over the 35 years since the wage drought began. So while rising productivity may be a necessary condition for real wage increases, painful experience proves that it is not a sufficient condition.

Concurrently, union density has plummeted sharply in the United States to pre-Great Depression levels, and the path to union recognition and collective bargaining has become so risky and arduous that few workers dare to attempt it todayâ€”even though more than half of non-union workers tell pollsters they would want a union in their workplace if they could have one.

For anyone concerned about the economic future of Americans who work for a living, the relationship between the severed wage/ productivity connection and the incredible difficulty workers face when they seek to form a union ought to be a top priority for research and policy. Could it be, just maybe, that diminished union power and the obstacles barring workers' path to union recognition and collective bargaining are important causes of long-term wage stagnation and the cutting of the link between wages and productivity? Could it be, as MIT professors Temin and Levy found, that institutions matter in contemporary American capitalism? Could it be that the disempowering of workers and their institutions is a key reasonâ€”perhaps the key reasonâ€”why the economic gains from rising productivity have largely bypassed most workers for more than a generation?

What about corporate globalization, you may ask? What about deregulation? Aren't those also important factors contributing to wage stagnation and the disempowerment of workers? Yes, but the fact remains, even in a globalized and deregulated economy, that unions and collective bargaining retain the capacity to raise wages and help workers in a myriad of economic and non-economic ways. In 2007, union wages were 30% higher than non-union wagesâ€”a union advantage of $10,000 per year. Regression analysis suggests that the true union difference is somewhat less but still substantialâ€”at least 10% and as much as 20%, or more.

Recent work by John Schmitt of the Center for Economic and Policy Research shows that for workers on the lower rungs of the labor market ladder, collective bargaining provides an especially strong economic boostâ€”not only in terms of wages, but even more so for health insurance and pension coverage. The decline in union density and the difficulty faced by workers struggling to form new unions are major factors underlying the nation's mounting health care and retirement income security crises.

As important as these and other economic benefits of unions and collective bargaining are to workers and their families, the stakes for our society are even higher. There is no historical evidence, and little reason to believe, that capitalism and democracy can be compatible in the long run absent a strong independent labor movement and strong legal protections for workers' freedom to form unions and bargain collectively.

In the United States today, that freedom is in serious jeopardy. As a result, workers are paying an unacceptably high economic priceâ€”and we are losing our democracy to unchecked corporate power. It is well documented that workers who seek to form a union in their workplace today can expect to face massive, intense corporate opposition, usually orchestrated by professional anti-union consultants. This corporate opposition to the formation of unions is so effective thatâ€”as John Logan has documentedâ€”at least one anti-union consultant boasted on its web site that it would provide a money-back guarantee to prospective clients if they did not prevail in their anti-union campaigns.

The law, which is supposed to uphold and protect workers' rights, has been turned inside out and now more often than not aids and abets employers bent on suppressing workers' desire for collective bargaining. Already in 2000, no less an authority than Human Rights Watch found the United States to be massively out of compliance with international human rights norms with regard to protection of workers' freedom to form unions and bargain collectively. In 2008, after nearly eight years of the George W. Bush administration and the most anti-worker NLRB in history, compounded by several damaging edicts handed down by a right-wing dominated Supreme Court, the workers' rights situation in the United States has become even bleaker.

Fortunately, a key part of the solution to the economic plight of America's workers and the nation's failure to protect their rights is at hand: the Employee Free Choice Act. What this bill would accomplish and why its provisions are needed will be addressed in subsequent posts.