Grolltex has found a way to do something incredible: produce graphene at a low cost with a fast turnaround. Graphene, one of the strongest and most conductive metals on Earth, is an important substance that will change the future. With principles originally honed at the University of San Diego, Grolltex is bringing true American innovation to the world of high technology.

Aliaksandr (Alex) Zaretski was working on a new way to grow graphene from a copper substrate, something that had never been tried before. This process allowed him to re-use the copper, making extremely cost-effective graphene sheets for sale. A senior scientist, who worked with him at that time, encouraged him to take these ideas to investors and to participate in UCSD’s Entrepreneur Challenge. The idea behind Grolltex took first place, and Alex soon realized he had a viable business idea on his hands.

His passion for turning Grolltex into a true technology company grew, and the business has been able to expand rapidly thanks to the multitude of applications graphene can be used for.

Grolltex produces everything in class 100 clean rooms, which helps cater to the many biomedical applications that utilize graphene. Whether it’s to be placed inside a computer chip, or used in a medical wearable, graphene must maintain a certain standard of production. 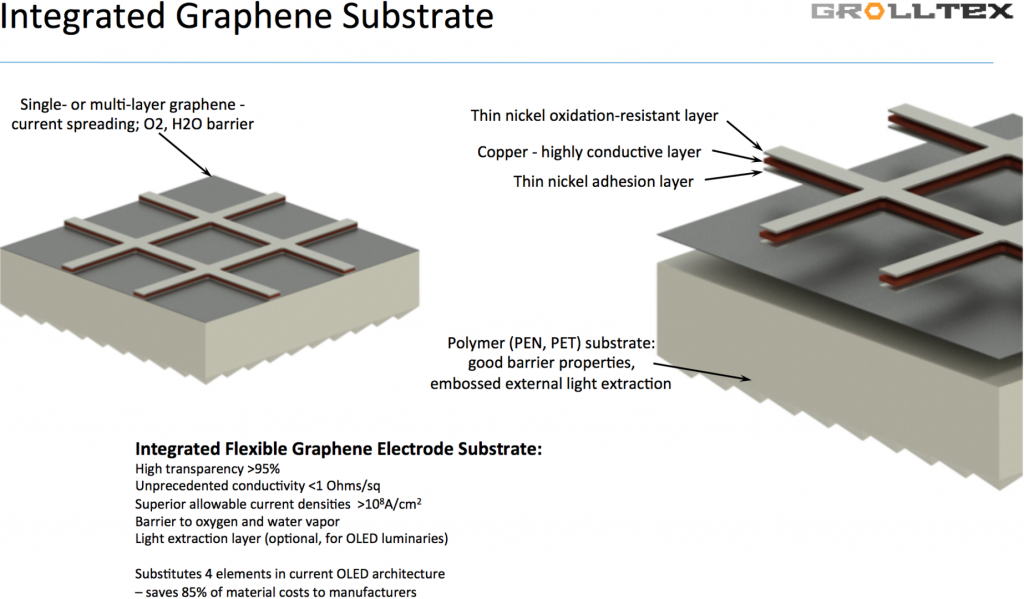 A substance 200 times stronger than steel might sound like fantasy, but graphene is exactly that. Graphene is derived from graphite, the very same material often used as pencil lead. Graphene is a single sheet measuring about an atom in thickness, making it thinner than a sheet of paper. It’s also a truly two-dimensional material.

The base element of graphene is carbon, one of the most plentiful materials on the planet. First isolated from the lead of a pencil, the substance is so strong that it would be nearly impossible to crack it under normal circumstances. However, the metal is also flexible, making it useful in a variety of wearable applications.

It’s not hard to picture flexible smartphones or electronics that can elongate and be formed into certain shapes. All of this is possible thanks to the conductivity of graphene, which is extremely high. The unique flexibility of graphene means it will most likely replace silicon, a major component in modern computer manufacturing.

One of the biggest markets for graphene is the energy sector, where graphene can boost the performance of solar cells significantly. After exposing the solar cells to more than 1,000 hours of sunlight, cells also “aged” slower than with conventional materials. All of this adds up to a lower cost alternative to existing materials that can last longer.

Nano-electronics is another growing field with many potential applications. Graphene can be used as an important building block in arranging these Lego-like structures. Measuring just one nanometer in width, there are incredible new ways this material could be used at the microscopic level.

Finally, the world of medical wearables will see a major boost thanks to graphene. The material allows the cost of wearable devices to come down, while the conductivity of the material allows for an array of methods to measure data. One example involves asthma patients breathing into a device, which will then predict the onset of a potential attack.

Graphene is a futuristic substance made real, and it’s rapidly becoming an important factor in reducing costs for consumers. With companies like Grolltex manufacturing the substance cheaply, and without a lot of industrial waste, many new applications are possible.