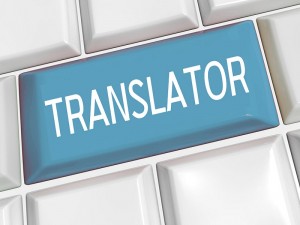 The 43% of world population is bilingual, which means technically they have the capacity to translate from their second language into their native language and vice versa. However, only the 0.0045% of the world’s population are translators. What do these numbers tell us? For one thing, the numbers shout that there are not many translators. True that, but quality is more important than quantity, right?. Well, one of the other conclusions is that being fluent in a language does not necessarily mean you can be a translator. Now this one is interesting. Theoretically speaking, if you know 2 languages well enough to freely communicate, then you should be able to make translations to and from. In practice, though, it’s not that easy. So, how do you know the difference?

The line between professional and amateur translators

I am sure you got asked to translate the instructions of the new refrigerator or what the TV host said. You undoubtedly nailed these translations but texts are not limited to instructions and speeches, translators are given texts that have field-specific jargon and require a great deal of attention to details. In your amateur translation, you can miss a word or two that you do not know and the meaning will not change but that is not how the professional translators deal with their work.

Imagine there is a conference where world leaders discuss the future of the world and all the documents they need to use have to be translated. And there is a guy who is a native Arabic speaker and he simply knows let’s say English, so he does the translation for the representatives of England and Syria. There are several buzzwords and terms our fellow translator does not know, so he simply synthesizes the main idea and leaves out some important details, which he thought do not matter as much. Consequently, a chain of misunderstandings begins which can lead to political chaos like the butterfly effect . This is just a scenario of course, and such cases do not occur: important legal documents are always translated by professionals. Nonetheless, this basic example helps illustrate the difference between knowing a language and being a translator.

Why are professional translators more credible?

Those who want to become translators have to work hard to get accreditation. People study for years to learn the ins and outs of a language, to master its grammar and vocabulary as well as to know all the nuances by heart. Translators learn how to do content based translation and not just word by word. Each language is unique and has words, idioms and grammatical concepts that are specific to that language only. Someone can hold a casual conversation in that language is less likely to be able to translate complex sentences and convey the correct idea.

Unlike amateur translators, professionals feel both the language they are translating from (source language) and the one they are translating into (target language). Whereas, bilinguals often translate well only from their second language into their native. Not all the people who know another language, excel in both speaking and writing. Translators, on the other hand, have the ability to write and speak well. In the case of simultaneous translators, quick reaction is also important, which many bilinguals might lack.

Languages are quite arbitrary and they constantly undergo changes and adjustments. You might not need to keep up with these changes as your knowledge is enough for basic communication. However, translators keep learning and developing their linguistic skills. Translation is a profession and like any other profession, it should be done by the specialists of the field. It is already great that you know another language but to be on the safe side, trust important translations to professionals.