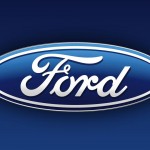 A century after unveiling its first vehicle in the U.S, Ford recently announced its Asian operations are currently worth $15 billion. That amount accounts for around 20 percent of Ford's current value on the market. This is the first time that Ford's assets in Asia outweighed those in Europe. None of this is simply due to good fortune, Ford has been consistently working towards this point as a part of their global recovery initiative.

By 2015, Ford expects to be able to produce more trucks and cars in Asia than the automaker did in North American during 2012. Chinese wealth is growing faster than it has in America, and Ford benefits as two out of three consumers is shopping for their first vehicle. This is a pivotal time is China's economy, the maturation of this new consumer nation could have a larger impact for Ford than it did in the U.S for the Model T. Morgan Stanley analysts describe Ford's deployment of auto dealerships, factories and products throughout China as nothing short of impressive.

Perhaps the most impressive aspect of the recent growth in Asia is that Ford actually formed its first joint venture agreement in China ten years after Volkswagen AG and six years after GM. Even though VW and GM are still the leaders in China, it's foreseeable that Ford can eventually gain significant market share on one or both of these automakers. While the future looks promising in Asia, Ford also realized its fifth consecutive year of sales growth in the U.S. This is only the second time Ford has accomplished such a feat since The Second World War.

Ford's CFO says that the automaker’s greatest opportunity for growth (outside of financing and their ESP program) currently resides in the Asia-Pacific. Growth in Asia has been a part of the plan since Ford took on a new CEO from Boeing during 2006 after the financial collapse. After Ford CEO Mulally's first year, market share in Asia grew 2.3 percent, and the next year it increased 3.3 percent. Ford currently has a five year target of six percent market share growth in this region of the world.

The U.S automaker's market share in Asia currently rests around four percent. Analysts at Citigroup believe Ford's growth projections are somewhat conservative. High demand for SUV's and demand from first time drivers has the potential to drive Ford's growth in this part of the world even higher over the next few years. In order to catch up to its competitors and double production in the region, Ford has already invested around $4.9 billion into China. This growth is no different than when Henry Ford schemed and found a way to increase his production rate by 300 percent.

Ford is currently taking a similar long term view with China, betting that the investments in the region will eventually yield significant profits. Fortunately, the U.S market is not being sacrificed in the process. Ford increased domestic production by 400,000 during 2012 and by 200,000 units for 2013. Melding production efficiency with increasingly complicated technological designs appears to be the next hurdle in Ford's horizon.

amandasozak is author at LeraBlog. The author's views are entirely their own and may not reflect the views and opinions of LeraBlog staff.