In Spring of that year, after a run of ten prototypes, Volvo’s first production car rolled out of the Volvo factory. Officially called the Volvo ÖV 4 (meaning Open Carriage Four Cylinders in English) and nicknamed Jakob, the safe, practical and affordable car set the standard for Swedish auto icon over the next several decades.

With a dogmatic dedication to making their cars as safe as possible, Volvo quickly earned a reputation as the name in automotive safety. After a few years, Volvo found a profitable niche selling sensible saloons for the middle aged accountant and roomy estates for the landed gentry.

Writing for Wired, Matt Hardigree joked that Volvo attracted the type of person who, “had a preferred translation of War and Peace.”

I know what you’re thinking, that is a very specific niche. Well, AB Volvo (Volvo’s parent company) thought so too and decided to offload the much-loved brand to Ford for $6.5 billion in 1999. AB Volvo went on to focus on trucks, which isn’t quite as interesting. 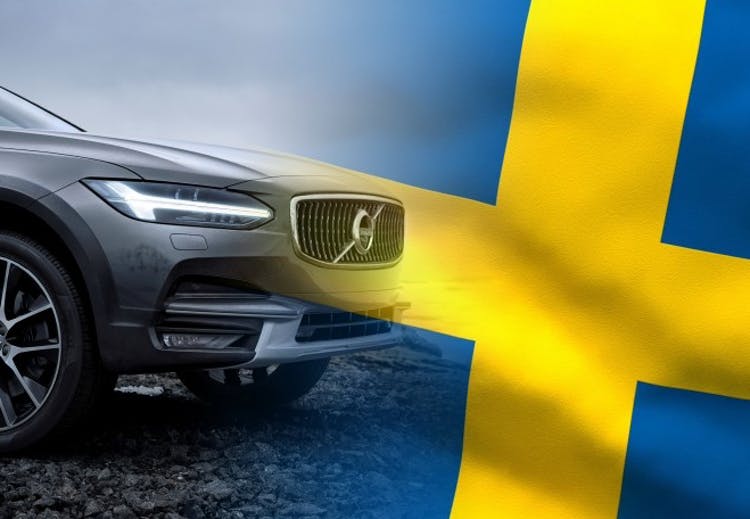 Lesson #1 — Consumers Will See Through a Skin-Deep Brand

When Ford bought Volvo, it was a thriving — albeit niche — automotive marquee. It has a robust dealer network, strong sales and an identity that was carved in stone. Ford, however, wanted more. After all, Ford was one of the Big Three automakers and dealt with volumes an order of magnitude larger than little Volvo.

If Ford was to recoup its sizeable investment, it needed to reinvent Volvo as a mass-market luxury brand capable of competing with Audi, Mercedes and BMW.

Volvo’s platforms were built to reflect all the values that Volvo thought were important — safety, comfort and reliability.

While the platforms Ford used weren’t bad, they were designed and built by other automotive marquees to reflect their own priorities. (Also, as a general rule, they weren’t designed as luxury platforms.)

The new Ford-era Volvo C30, for example, was designed and built on the same platform as the Ford Focus.

Ford then tried to convince customers that the Volvo C30 was as good as the Audi A3 or the Mercedes C-Class.

Selling a rebadged Ford Focus as an alternative to the BMW 1 Series? It’s no surprise that motorists saw right through them.

What can we learn? If your brand is skin-deep, don’t be surprised when your consumers don’t buy in. Just telling people a cheap product is luxurious isn’t enough to build a luxury brand.

Just seven years after its sale, the Volvo brand was struggling. The luxury experiment had failed and the marquee’s once-strong sales were slumping across the board. A couple years later, the 2008 Financial Crisis obliterated what little market demand remained, leaving Ford holding a very expensive vanity project.

With the Financial Crisis biting hard, Ford looked to make changes wherever possible, mothballing factories, laying off staff and ditching its underperforming brands. In 2010, Ford finalised its sale of Volvo to Chinese automotive startup Geely, a company that few people outside of China had ever heard of.

Thankfully, Geely had been watching from the sidelines, paying close attention to all of Volvo’s mistakes. Geely knew that Volvo has the potential to be a luxury marquee but recognised that Ford had gone about it in a completely un-Volvo like way.

To Geely, making Volvo a premium marquee meant doubling down on its existing strengths rather than doubling the price and telling people a Volvo was now the equivalent of an Audi.

To start with, Geely took an axe to all Ford’s mass-market flips like the C30. Then they pumped untold amounts of money into in-house R&D.

Volvo’s new flagship, the Volvo XC90, became pretty much the only car on the market to really rival the Land Rover Discovery.

Writing for LeaseFetcher, Will Craig describes the split between old and new Volvo as, “momentous. The Ford era cars are confused products that look, feel and drive like rebadged Fords. As soon as Geely came in, that all went out the window. Geely took Volvo back to basics and started designing cars that the old Volvo would have been proud of.”

While it seems hyperbolic, Geely effectively created a brand new company under the same name, borrowing all the good pre-Ford attributes and marrying them to Ford’s premium aspirations.

What can we learn? Your brand emerges from all the interactions your customers have with your products. If your products are genuinely premium, it’s significantly easier to build a brand that looks and feels premium.