Backing up Windows is a task that usually folks are performing without encountering any problem. But such a problem could appear when you intend to use an external disk for backups. The next time you try to do the backup, you might have the “surprise” software not finding the backup drive listed in your computer.

Whenever you unplug a device Windows 8 re-associates its drive letter. Same thing happens when you re-attach the device so a disk previously identified by H:\ could now be listed as I:\ or J:\ especially if you have other removable devices attached to the computer, such as pen drives or removable CD unit.

The solution is such instances is reassigning the drive letters using the Computer Management Console.

Follow these steps when you want to re-assign the drive letters in your Windows machine: 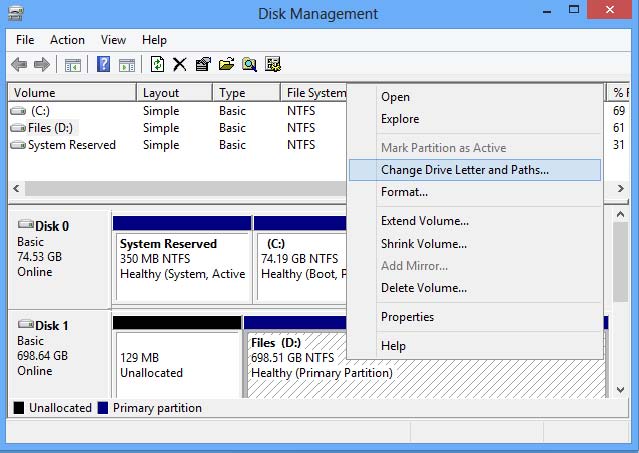 4. In the dialog box that appears, click Change and chose the correct drive letter. If another device is currently using the drive letter you want to associate, you need to first re-associate the respective device with another letter to avoid conflicts.