There's no doubt tablets are selling like hot cakes. They're just so hot right now, and desktops are losing market share. So it would seem the desktop computer is going to go the way of the oven, which was replaced long ago by the faster, smaller, cheaper microwave which is now the centerpiece of every kitchen in the country.

Or, maybe not. Maybe there is a place for an incredibly reliable device that performs better and lasts seemingly forever. And that you can play better games on.

Why the PC isn’t dead 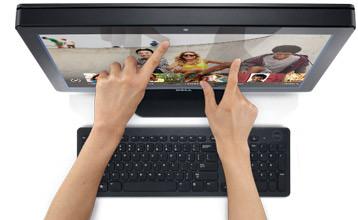 The claim that the PC is dead lacks substance. Sure, tablet sales are far greater than desktops, but we aren't seeing a significant decline in desktop purchases and certainly not in ownership. Nobody is replacing their desktop, they're supplementing. This is not a cell phone replacing the landline situation. Desktops offer a considerably advantages that tablets aren't on the verge of nearing.

Desktop computer performance is growing far faster than typical user demands. Memory, processor speed, and storage are seldom exceeded by the average user who creates a few documents, stores a lot of pictures, and surfs the web. What this means is that there is no need to replace your desktop as quickly as you may have ten or twenty years ago, or you likely do with your mobile devices now. With this increased lifespan, it is realistic to believe desktop ownership is still growing.

Sales are not usage

If there are fewer births in an area, that doesn't mean the population is dying out. And just because desktops aren't selling as well as they used to doesn't mean they are becoming relics. Desktops and laptops still dominate internet usage roughly 89% to 11% over phone and tablet usage. With this sort of usage, it's difficult to make any sort of argument claiming that tablets are replacing personal computers.

The “not so average” user

PC gaming itself is going through a resurgence that is driving PC sales. For a time, consoles were cutting into the PC gaming market, but what gamers and game makers know is that desktop computers provide unparalleled performance. The PC allows for an experience that consoles just can't match, and mobile devices aren't even close to.

One of the latest examples of desktop gaming's superior experience comes from AMD's TressFX rendering that allows for life-like hair with movement as Lara Croft demonstrates in the latest Tomb Raider release. A huge improvement over the boxy, polygon look previously used across gaming platforms. However, this technology is limited to the most powerful GPUs, and not readily available on consoles.

While the realism of hair might not be the most important feature of gaming, it shows that cutting edge gaming performance will always be with the desktop computer. The average processing speed for a desktop is roughly double that of your average game console, and time spent playing is also almost doubled.

Even at the time of a console's release, it usually doesn't match the capabilities of a PC, and over time, this gap widens as PC performances shows more incremental gains, instead of waiting for several years until the next version of a console is released. Desktop upgrades also do not require the purchase of a whole new unit. Simply replacing the processor or graphics card will deliver significantly improved game play.

Another driver of PC gaming is the development of digital distribution that makes titles available for considerably less than package console games. An extension of this is the free-to-play movement, which is making somewhat limited versions of games free for users as a way to become familiar with a title before purchasing. So while the desktop hardware is typically more expensive than a game console, the gaming software is usually cheaper, and also does all the other useful things a computer does outside of gaming.

So while the death of the PC was an exaggeration, there certainly has been some uncertainty about its future, even before the tablet craze of the past few years. In fact, it may be the growth and advancement of tablets that allow for desktop computers to make a huge push in the marketplace.

Tablets are offering a cheap alternative to laptops for mobile computing but don't rely compete with desktop performance. So tablets are able to act as a supplement to desktop computing, but at half the price of a laptop, serious gamers and other that need a high power PC can invest more into a quality desktop.

So don't expect to see desktops disappearing any time soon. Desktops aren't as glamorous as the latest mobile technology, but these remain the workhorse of the average user and gamer.

What do you think? Is the desktop here to stay?

Bruno Galera works for Dell and has a passion for technology, especially the latest touch screen computers. When he's not reading about the latest industry trends, you can find him cooking, reading, cheering on his favorite football team or at a museum enjoying contemporary art and photography.