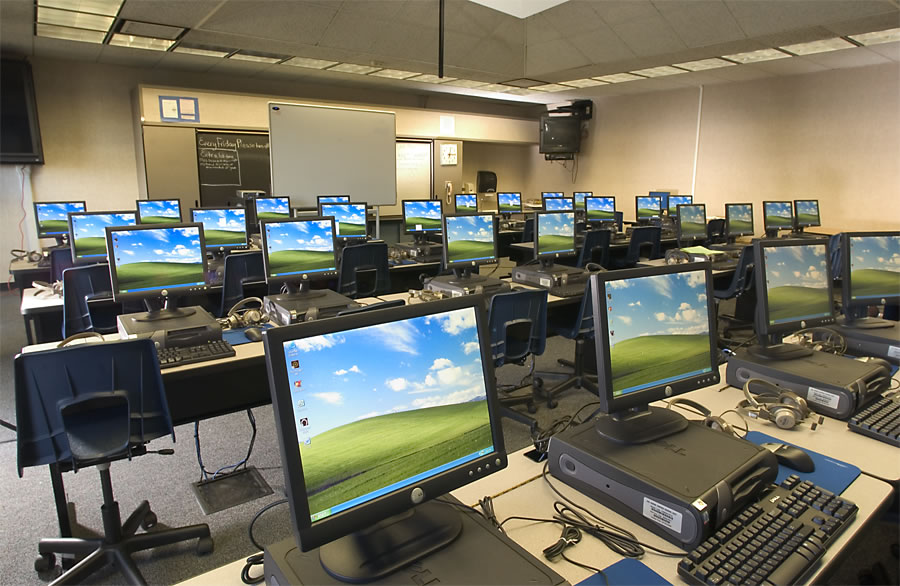 Blackboards have been replaced with interactive white boards and pens are often swapped for keyboards, but how far is too far when it comes to using technology in schools?

Historically, the majority of mainstream schools and educational facilities shied away from technological advancement, thanks primarily due to the prohibitive costs involved with purchasing PC’s and other devices. As technology has become increasingly accessible and affordable, however, a growing number of schools have embraced technology and its capacity to enhance the learning experience for students. As a result, technology now plays an increasingly influential role in educating children, although traditionalists would argue that the are negative aspects of an over-reliance on innovation.

With this in mind, it is worth considering the benefits of technology and whether computers should completely replace pen and paper in schools. Consider the following:

IT Literacy Could Secure Your Child a Job in the Future

There are not very many occupations that don't require you to be able to use a computer. Most jobs involve some form of computer work, and it's increasingly becoming the case that some jobs actually rely on technology and in-depth IT skills.

In many workplaces, pen and paper is redundant as it's crucial that information can be shared fast from person to person and even office to office. Whilst your child's weekly IT lesson might be enough now, when they grow up they could find that they lack the requisite computer skills to thrive within the contemporary workplace.

Children Will Soon Type Before They Can Write in Contemporary Society

In a few years' time, it would be no surprise if schools taught younger children handwriting once a week, and the rest of the week continued with normal lessons on laptops. It's quite possible that children will learn to type before they can write in the future, and many are able to use laptops and PC’s before they are enrolled at primary school.

Whilst traditionalists might recoil in horror at this idea, many forward-thinking adults will see how it could actually give their child the best possible chance of succeeding in the future. If they can write, but they're also extremely adept when it comes to touch-typing or finding the right information on the internet, then the truth is that they'll have a head start in an increasingly volatile and competitive job market.

Technology as a Distraction for Hard Working Students

Many argue that laptop learning is offering the temptation of playing games and watching You Tube when the teacher isn't looking, but the majority of proactive schools have already taken steps to negate this issue. Most schools block access to these kinds of programmes and websites, meaning your child is just as likely to be doing what they're supposed to as they would if they were using a pen and paper. In some instances educational authorities ban Internet access altogether, and instead equip PC’s with a local Intranet service devoted to news and learning tools.

Technology is No Longer a New Phenomenon: The Bottom Line for Children

Technology is no big deal to today's children, so using laptops and other technology to enhance learning isn't likely to feel like an exciting novelty to them. Instead, it is simply a mundane feature of their everyday life, alongside television and video game consoles.

Obviously pen and paper isn't yet redundant, and learning to write is a skill that your child still needs to learn, but knowing how to use a computer is even more important if you want to give them the best chance of succeeding when they leave education. Without this core foundation of knowledge, the current generation of students will struggle to make their mark on the world of work and society as a whole.

J P Lansdale is author at LeraBlog. The author's views are entirely their own and may not reflect the views and opinions of LeraBlog staff.