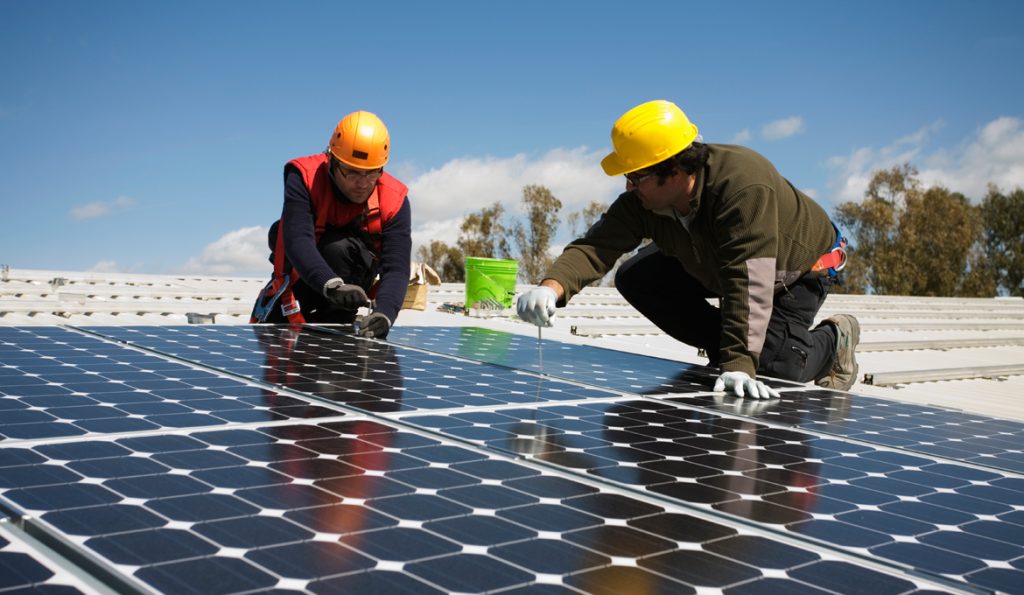 In 2015, president hopeful Hillary Clinton set a goal to provide a third of the nation’s energy with solar power by 2027. Many experts feel that this goal is overly optimistic, but concede that we will be far more dependent on solar energy in the near future.

In the next decade, green energy is likely to change our world in unimaginable ways. Solar energy is expected to have the biggest impact. Although there are other, more efficient forms of energy, most companies are investing in new solar solutions.

However, solar power will need to be properly used. One of the biggest concerns is that solar cells will be wasted if people install them in the wrong places. Not only would this mean that they wouldn’t produce enough electricity, but it would cause a large carbon footprint if too many solar cells were produced and not used effectively.

Some communities have started establishing new standards that will require solar cells to be installed on all new buildings.

“In a dense, urban environment, we need to be smart and efficient about how we maximise the use of our space to achieve goals such as promoting renewable energy and improving our environment,” San Francisco City Supervisor Supervisor Scott Wiener told The Guardian. ” This legislation will activate our roofs, which are an under-utilised urban resource, to make our city more sustainable and our air cleaner.”

Many experts were initially skeptical that the new law will be useful. San Francisco is a very cloudy community, so some people worried that it wouldn’t receive enough sunlight to power the city. However, recent findings have shown that it is actually a great place to generate solar power, according to Solar City. It is even generating more solar energy than Sacremento, which is considerably larger.

Why is San Francisco such a great place to generate solar power? The biggest reason is that it is such a cool climate. Cooler locations are actually much better places for generating solar power. Solar City’s analysis drew the same conclusions about the Northeast.

“The economic and environmental benefits of solar panels in the Northeast have not been lost on its residents. Rooftop solar has spread at an impressive rate among homes and businesses throughout the region. For example, the map below shows the growth in SolarCity customers around Albany, New York – a city whose 296 days of clouds don’t stop the typical solar rooftop from producing more than $1,300 worth of electricity per year.”

However, this doesn’t mean that every part of the city is ideal for solar energy. San Francisco has a lot of large buildings, so some areas are too obstructed to get enough sun.

This new research suggests some areas that people expected would be great for solar energy won’t be ideal at all. Afghanistan is a prime example. The area is both cloudy and very warm. It is possibly one of the worst places within 60 degrees from the Equator to generate solar power.

So what factors should people look for when setting up solar panels?

Areas that Aren’t Too Forested

Forested areas don’t get as much sunlight throughout the day. Even though they may get direct sunlight for 6 hours or so, they won’t be getting enough to power a large area.

Lower Units that Don’t Have too Many Buildings Around

Buildings will obviously obstruct sunlight. If you have a small building surrounded by much higher structures, it may not get enough sunlight to generate any power.

As the research cited by Solar City shows, cooler climates are better places to setup solar powered cells. This is one of the reasons that Germany is breaking records with solar power.

Areas With Plenty of Sunlight

While areas with lots of sunlight aren’t necessarily better for generating solar power, the extra sunlight is a positive factor. If all other factors are equal, it is best to install solar powered cells in these places.

Installing solar cells in the right places is very important. Businesses, policymakers and residents need to understand the factors that affect power production and choose the places that are most likely to generate electricity. Contrary to conventional wisdom, this isn’t always in the sunniest locations.