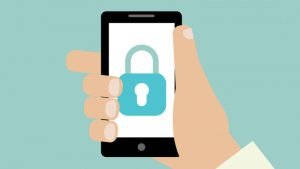 Android has always been in deep waters due to the Android operating system and its malware as it posed a major threat to the devices that might not be secure due to faulty production or configuration.

An organization catering to testing and analyzing antivirus programs concluded in a report that two-thirds of the Android antivirus apps are shady and don’t run as they are supposed to be projected by marketing teams.

The report was compiled and published by AV-Comparatives, an Austrian antivirus testing outlet, which is the by-product of the testing process that was held earlier this year where employees checked 250 Android antivirus apps present on the Google Play Store.

The result came out to be shocking as the antivirus apps detected malware and the entire Android industry appears to be filled with snake-oilers.

Apps That Don’t Scan for Malware

Some of the apps don’t get scanned for malware due to numerous reasons. It is when the app is installed or downloaded the user faces jargons and lags with exponential ad pop-ups. It would have been great if there was a way to whitelist/blacklist such apps.

The antivirus app entirely relies on the whitelisting as it may also block legitimate apps as well. In many cases it introduces a secondary concern as the apps let’s say are developed and coded to trust any name starting with, for example, “com.adobe.” or “com.facebook.”

This also means hackers can easily name their malware as com.facebook.bigbadvirus and still get through undetected.

Out of 250 Only 80 Apps Passed the Detection Test

The team of AV-Comparatives state, out of 250 apps which were tested, only 80 detected (30%) malware. The test was far from being complicated, and the researchers installed each antivirus app on separate devices, and a machine operating system opened the browser which downloaded a malicious app and installed it.

This process was repeated 2000 times for each app which involved the test device download 2000 of the standard Android malware. This was an indication that Android antivirus malware is like cancer present in every device.

It’s obvious that 170 of the 250 Android antivirus apps failed necessary detection tests and were all a scam. The apps have either been developed by amateur programmers that did not focus on the real security aspect. There is a high chance that most of these apps have been designed by one or two of the same developers.

The fundamental purpose of these apps seemed to gain money through ads rather than working and running a security tool.

There’s More to It

On the other hand, Google has taken down most of the scam apps, yet they still exist. After a careful examination and testing, we do recommend Bitdefender Total Security as its a safe approach to getting robust security for your mobile.

However, it’s still unclear why Google isn’t taking this seriously. As a giant Google yet cannot judge and assess all the apps and verify if they meet their advertised obligations. So far Google protocols regarding the subject are not confirmed as Google still haven’t commented on the protection it is incorporating to sideline fake or faulty antivirus software from the Play Store.

Which Antivirus App Can be Trusted?

If ‘Google Play Protect’ is inbuilt, then your phone security will be fine against malware. To undo everything that the shady antivirus app has done to your mobile, it’s advised to uninstall and clean your phone. Not all the antivirus apps are suspicious, there are some which can be trusted.

Here the few which you can trust:

This antivirus app has a big name in the market that doesn’t compromise on security and performance. Both are catered simultaneously as it provides unbeatable cloud-based malware detection on your Android device. It is a complete protection package that will take care of online privacy and your critical data.

This is another excellent app that protects sensitive information and keeps malware away through its unique encryption protocols. The free app cleans Android phones and enhances mobile security.

Kaspersky Total Security is a superb app for the entire family as it allows safe streaming and extra privacy which secures all the passwords and data.

This is a famous Antivirus that is an award-winning security and virus protection app available on the Play Store. It is a premium service that protects all your devices in a cheap price keeping all the files, data and online activities safe from unwanted malware.

markophillips is author at LeraBlog. The author's views are entirely their own and may not reflect the views and opinions of LeraBlog staff.