Did your commute take too long today? It’s not uncommon to be stuck in severe traffic jams in the UK, where up to £9bn is wiped off the economy every year due to congestion. We’ve created four-mile challenge to find the worst cross-city journeys in the country… using data from Google, we’ve found the stickiest 4-mile journeys across some of the UK’s most congested towns and cities – and we offer some solutions to fed-up drivers, because let’s face it – we can’t always leave our car at home and jump on a bike. 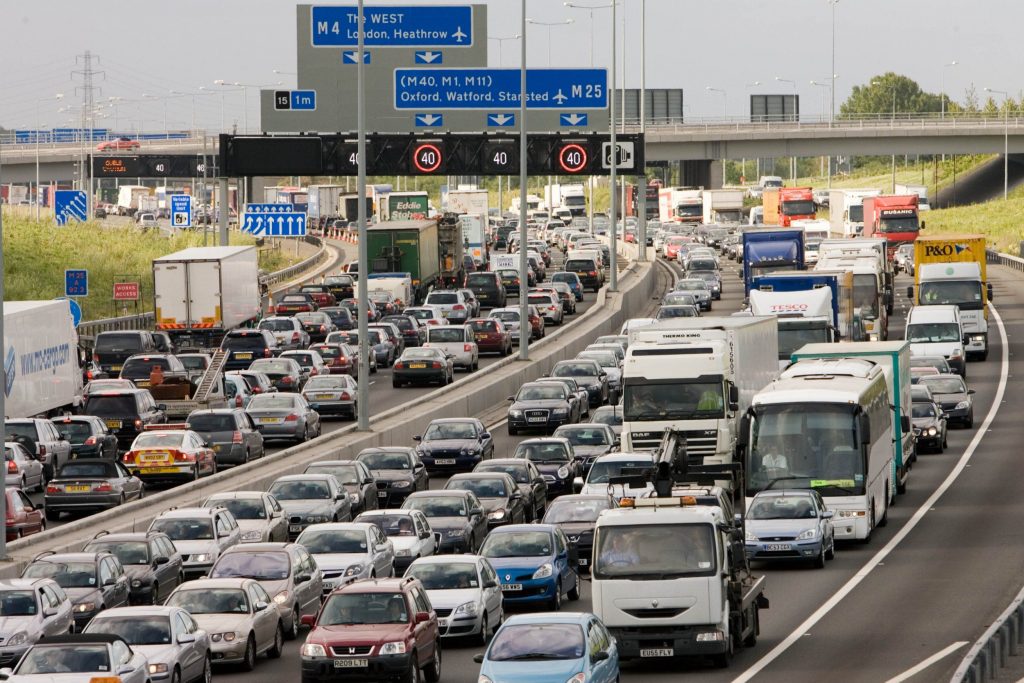 Each of these commutes has been taken at 8am – and we’ve analysed different routes commonly used across each city. We’ve avoided London, Manchester, Birmingham and Glasgow, simply because the number of traffic flashpoints could take up an entire book – and instead we’ve focused on those towns and cities around the UK where getting from A to B can be a serious headache.

And we have a special bonus traffic jam all the way from China, which helps put things in perspective.

Belfast is fast earning a reputation for bad traffic jams – and you can see why. It’s a small city, with the M1, M2 and the M3 off-loading traffic at peak times of day, and according to the TomTom report, drivers spend an extra 87% of time in traffic at peak morning and evening times compared to a free-flow situation. With a high percentage of people living outside the city, traffic is frequently congested. That TomTom report also suggests that more hours are lost every year in Belfast than in London due to congestion.

What do Belfast commuters do?

It’s easier to take the A12 southbound than it is northbound in the morning – northbound journeys are frequently ‘red’ according to Google. As always, leaving early has a bigger impact than leaving late. A return journey northbound in the evening can take up to 45 minutes to cover the four miles, so drivers are often advised to avoid the A12.

Leicester has been in the past termed the “Traffic Jam Capital of Britain”, with an alleged average rush-hour speed of 15mph. Successive roadworks schemes aimed at easing congestion have seemingly not helped, as Leicester makes our list with multiple traffic hotspots throughout the day, not least our four-mile journey from the South-East of the city into the centre using the A6, which takes between 16 and 40 minutes at 8am, and up to 45 minutes at 9am.

You’ll take in the sights of Leicester racecourse, De Montfort Hall, Vicky Park and the train station. And you’ll have plenty of time to admire them all.

What do Leicester commuters do?

Leicester is one of those cities that gets worse as the morning goes on, and barely clears up until 10am. An earlier commute, bringing it forward just by 20 minutes, can save you 20 minutes on your journey. The journey home can take up to 50 minutes, with some very ugly red zones on Google maps indicating you might as well turn your engine off. Waiting until 6 can help… but not much.

Bournemouth you say? Holidaymakers have long complained about the bank holiday traffic – both in and out – but residents have it just as bad. And that’s despite being named the greenest place for driving in the UK, with some of the best facilities for electric car drivers. With more electric charging points per person than anywhere else in the UK, Bournemouth sounds like utopia.

Except that it isn’t. A four-mile journey can take 40 minutes, and a rat-run with potential to go quicker could turn out to be a 50-minute schlep.

What do Bournemouth commuters do?

Sit and fume, mostly. Branksome and Wallisdown snarl up from 7:15 onwards, and by 9:15, things have calmed down a little. Return journeys are no less unpleasant, with the Poole Road and the A3049 particularly bad. At least if you have an electric car, you’re never far from a charging point.

Bristol has earned its reputation as one of the more eco-friendly cities in the UK, but when it comes to traffic jams, Bristolians are churning out the fumes as much as anyone in the country. Our four-mile challenge sees a trip from the north of the city to the south (4.2 miles to be precise) taking anything between 14 and 40 minutes on average.

To take the same journey by foot would take 45 minutes, and on two wheels, it would take just 12 minutes. And let’s not forget the journeys out of Portishead in the morning, which were the butt of Mark Steel’s jokes on his recent stand-up tour.

What do Bristolians do?

The common sense option is to leave earlier. The same routes take between 12 and 26 minutes at 7am, and start to increase from 7:20 onwards. Going later doesn’t appear to have any benefit, as the roads remain clogged until beyond 10am.

Newcastle’s traffic problems are hard to pin down. Literally everywhere you look, there’s the potential for a flare-up, and those commuting from Durham or Sunderland into Newcastle will often spend 50 to 60 minutes in the car. Our four-mile challenge takes us through the north of the city at 8am, with the potential to spend 40 minutes trying to get through Town Moor and Jesmond into Longbenton. Perhaps not everyone’s commute, but it’s indicative of the general problems to be found across the city – and for those who are commuting in from outside.

What do Newcastle commuters do?

If you’re hitting the A189, hit it early – and avoid the temptation of taking some of the rat runs. They look tempting, but can lead you into traps down narrow streets. And especially avoid the A19 around 8am… nasty.

Many towns have a ‘single point of failure’ and Reading is one of the worst culprits, with the Caversham Bridge frequently causing commutes of several hours just to cross the town. Our four-mile challenge starts in Caversham to the north of the town, to the University area, where traffic is always either orange or red on Google’s traffic map at 8am.

For a small town, Reading is remarkably choked – and the Inner Distribution Road (IDR) does little to take the weight off the rest of the town. Evening journeys are equally bad over the bridge into Caversham.

What do Reading drivers do?

Tano Di Girolamo , a managing director of large leasing company who commutes to Reading daily, advises: “Reading drivers get up earlier than many other cities – traffic ramps up from 7am. Public transport doesn’t offer much hope, so if you want to get anywhere quickly in Reading, get up early!”

Want to get into the centre of Brighton at 8am in the morning? Our four-mile challenge can take anything between 14 and 40 minutes, with Google sending drivers on a 7.3 mile detour around the A27 for what could be either a 20 or a 40-minutes journey depending on the day. Not ideal, huh.

The journey can be done in 1h21 by foot, so that’s not really an option, and the bike ride can take 26 minutes, with a bit of an uphill drag.

What do Brightonians do?

Typical commute times tend to ramp up from 7:30 onwards, so the earlier the better – and the A27 tends to clear up from around 9am onwards. If you’re a late starter, then arriving late and leaving late may be the easiest drive, with return commutes on the A27 generally easier from 6:30 onwards.

Scousers will need their trademark good humour in the morning, especially once they hit the city centre where a four-mile journey can take 35 minutes, with a rat-run offering anything between 18 and 45 minutes to reach the same point. Journeys from Birkenhead, however, offer relatively short commutes into the centre.

What do Liverpudlians do?

Move west – commute times from Wallasey and Birkenhead are often a little quicker than those from the east of the city – and cut out a lot of the congestion that you would naturally find in any city at that time of day, despite the odd flashpoint. Alternatively, move towards the north where congestion is even less, although it’s slightly less fashionable.

Much of Edinburgh’s problems occur on the A720 bypass, where bottlenecks can reach over 5 miles long. However, our four-mile challenge found a 40-minute journey in a straight line from Hillend into the Old Town, via Morningside.

Edinburgh drivers do have choices – but the ‘rat runs’ avoiding the major arteries into the city can get equally snarly at certain times of day.

What do Edinburgh residents do?

It’s clear that leaving before 8 is appealing – even 20 minutes beforehand seems to make an improvement – and jams tend to subside around 9:20. Return journeys south towards the Edinburgh Bypass seem to get gradually worse before easing around 6:30, so flexibility is appealing if you want to stay in your vehicle.

If you think things are bad – multi-day traffic jams are the norm in China. Back in 2010, a traffic jam lasted 9 days. A 62-mile traffic jam outside Beijing saw drivers asleep at the wheel, abandoning their vehicles, and generally late for work. Very late.

In fact, these “mega traffic jams” have become so common that lorry drivers in China equip themselves for the long haul, with beds, fridges and food supplies for at least a week, just for what would appear to be short journeys.

Traffic safety is generally pretty poor in China, and driving can be chaotic and dangerous at the best of times – so this, allied with roadworks and breakdowns, results in traffic jams that last longer than some governments!