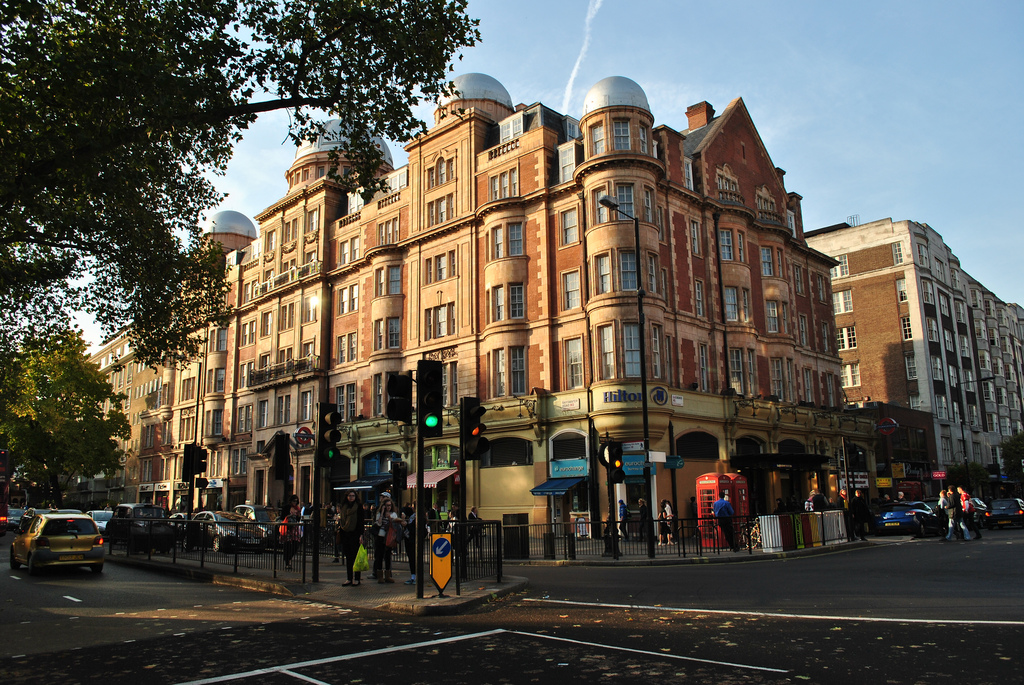 Believed to have originated from Bainiardus, an associate of William the Conqueror (who was crowned the first King of England in 1066) and whose name was also given to Baynard's Castle, the name â€˜Bayswater' was abbreviated after the area became known as â€˜Baynard's Watering'. It has been an important area as many famous people have resided here over the years such as Alexander Fleming, Winston Churchill, Tony Blair, Keira Knightley, Sting and Sir John Tenniel.

Presently, the area of Bayswater is one of the most cosmopolitan areas of London being home to an eclectic and diverse population. It is also characterised by its Victorian stucco terraces, attractive streets and garden squares as well as its shopping and restaurant options. Its biggest advantage is that it has a strategic location that gives easy access to Oxford Street, Hyde Park, Notting Hill and Westfield Shopping Centre and its convenient travel links in and out of London. Heathrow Airport is just 20 minutes away from Paddington Station travelling by the non-stop Heathrow Express.

Marble Arch: Originally created to be the state entrance to the cour d'honneur of Buckingham Palace in the 19th century, the Marble Arch is a popular landmark situated on top of Oxford Street. Originally, only members of the Royal Family and the King's Troop were allowed to pass through it.

St Sophia's Cathedral (Moscow Road, Bayswater): Built in the 17th century, it was the first Orthodox Church in London for serving the first Greek community in the area. It was consecrated on February 5, 1882, by the Archbishop of Corfu.

Museum of Brands, Packaging and Advertising: This museum is worth a visit if you have any interest in packaging, logos and advertising. It is home to over 12,000 items and the history of consumer culture is displayed in it from the Victorian era to recent times.

Porchester Spa: Although it may appear to be a bit old fashioned as it dates back to 1929, it offers all contemporary features with its Art Deco green and white tiles, high ceilings while maintaining its originality. It also offers all the latest facilities such as three Turkish hot rooms, two Russian steam rooms, a cold plunge pool, sauna, swimming pool and a relaxation lounge. It also offers great packages and treatments.

Open Spaces in Bayswater: Bayswater area has lots of open spaces all around it such as Hyde Park which is a Royal park situated just adjacent to it. It offers lush green meadows and is open every day from 5am to midnight. Its vast space is ideal for relaxation and for indulging in leisure activities. Acquired from the canons of Westminster Abbey by Henry VIII in 1536, it was made into a deer park and a private hunting ground of the royalty. However, it was opened to the public in 1637. Presently, it forms a chain of parks with Kensington Gardens, Green Park and St James's Park. The park is divided in two by the Serpentine Lake. Kensington Gardens is located West of Hyde Park and offers one of the favourite outdoor spaces in the UK. It also offers many places of interest such as the Peter Pan statue, the Italian Gardens, the Serpentine Gallery and the Diana, Princess of Wales memorial playground.

Shopping: Bayswater is an ideal place for people to stay if they have shopping in mind as there are plenty of shopping options close by. Visitors can reach any of their desired shopping locations easily by taking a short walk or a tube or bus ride. Some of the most important nearby shopping options include Whiteleys Shopping Centre which is the site of the first ever department store in London that was originally a drapery in 1867. Presently it has over 50 department stores that offer gifts, books, women's, men's and children's fashions, beauty products, many international restaurants, fashion accessories, an 8 screen multiplex cinema, bowling diner and car park.

The American Food Store is also close by and it offers over 1,000 original American imported foods bringing the real taste of America. Portobello Road Market offers many different antique items, vintage clothing, street food, music, jewellery and many other items. It is an excellent place to visit for getting to know the culture of the city and to be aware of the latest fashion trends. Odabash offers all types of swimwear and high-end beach fashion.

Oxford Street is believed to be the busiest shopping street in Europe being home to more than 300 stores that line up the street from Marble Arch to Tottenham Court Road, including many flagship stores for big chains such as Debenhams, John Lewis, and Selfridges. This area is a pleasure to see during Christmas as it is profusely lit up with spectacular light displays that are lit by a different celebrity each year.

The Westfield Shopping Centre in Shepherd's Bush is a large shopping mall located adjacent to Shepherd's Bush station. The floor area covered by the mall is equivalent to that of 30 football pitches and it is home to 225 stores, for all ages and styles. Its highlight is The Village which is a high-end retail area consisting of big names such as Gucci, Dior, Louis Vuitton and others. It also has a cinema exhibiting the latest blockbusters.

Restaurants: In the Bayswater area, you can find plenty of restaurants that offer varied cuisines. These include Maroush offering Lebanese cuisine with music and belly dancing; Santorini Restaurant that offers authentic contemporary Greek food; Masala Zone that offers Indian street food; The Swan which offers authentic Fish & Chips; and the original branch of Four Seasons which is famous for its Duck recipes.