When it comes to safety, the Middle East can have quite the bad rap. While there are some strict security problems in specific regions, there are many places in this beautiful diverse landscape where it is absolutely safe to roam around. This condition only persists given that you are well read-up and fully prepared before traveling.

From the bustling cities of Palestine to the glitz of Dubai, below is a list of 5 safest places to visit in the Middle East this year. 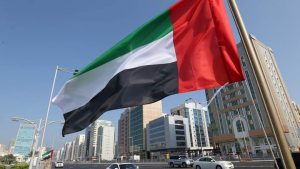 The UAE is a place which is on every wanderer’s wish list. The Arab Emirates is known for its sprawling coastlines by the Persian Gulf and the Gulf of Oman. There are a ton of things you could do in the UAE. Saudi Arabia is located on its west and southwest, the eastern tip of the Musandam Peninsula in its borders and Oman to the southwest. This country is extremely rich in history and culture which makes it even more interesting for travelers from all around the world to explore.

Ras Al-Khaimah is a place which boasts of many ancient archaeological sites providing a fascinating insight into the rich culture and heritage to its visitors. Fujiwara is another city which is quite close to Oman. It lies by the seaside on the border with Oman. This place is the most relaxing one out of all. Out of the many fun activities to do here, fishing and camping are two of them.

You can also experience a dinner camp of delicious food, great performances, hookah, henna, and dancing. Once you are here, make your trip a memorable one with the list mentioned above, because the United Arab Emirates is certainly the one of the best places to visit in the world. 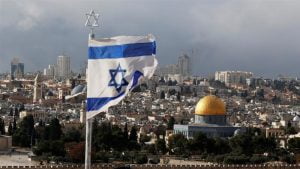 You can find a blend of Arab hospitality, Palestinian cuisine, and Christian history in the immensely beautiful and safe cities with the vibrant Holy Land of Northern Palestine. These cities include Bethlehem, Ramallah, and Nablus. The cities of Haifa and Nazareth based in northern Israel are spectacular regions to explore the solemn beauty of the land and its serene spirituality. Despite a tumultuous history due to their location in the north, both areas in this complicated region of the Middle East are safe. It is the perfect place to discover the hidden beauty of the Middle East and understand its complexities thoroughly. 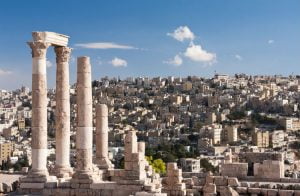 In addition to an ever-growing number of tourists, Jordan is a country which has welcomed refugees from various neighboring conflict regions with open hearts and arms. This is the reason why it’s called the safe haven of the Middle East. Kindness and warmth of the Jordanian people are two of the most notable memories people take home from here. The country is known to attract people who are keen on hitting the Jordan Trail (trekking through desert landscapes and villages, with stops at the ancient city of Nabataean of Petra, the Dead Sea, and Wadi Rum. It also offers a lot of adventure including caravanning via camel, ATVing, diving, and canyoning.

With the magnificent history in Petra and its captivating capital of Amman, Jordan remains one of the most popular places for tourists with a sense of adventure and craze to visit in the Middle East. With high stability and no major political problems whatsoever within the capital, Jordan is a completely safe region to travel to for those who wish to visit the heartland of the Middle East. From its famous deserts to its mouthwatering food stalls, from the towering Roman ruins in the city center to the amazing bustling marketplaces, and finally, from the beguiling ancient history of Petra to the stunning nature of Wadi Rum, Jordan has something for everyone.

The number of tourists here is a fraction from that of the neighboring Israel or Egypt, but if you’re looking for peace and relaxation, you are likely to find it in Jordan. 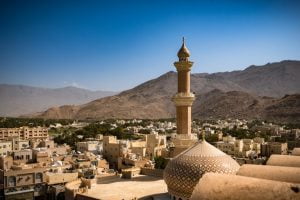 Oman is tucked away on the edge of the Arabian Peninsula. It was, for a long time, hidden away from travelers due to its humble and quiet cities and towns. However, this notion is changing, as more and more tourists keep exploring the vibrant hospitality of Omani town people, the dazzling cities, and the stunning beauty of its nature.

Later than some of its Middle Eastern counterparts, Oman entered the scene of tourism much late, beginning in the 1980s. The capital city of Oman Muscat is quite low key when in comparison with some of the glitz and glam of the neighboring UAE. If you’re looking to fully immerse yourself in the Arab Kingdom and get off the beaten track, Oman is the right place for you. You can find high-end hotels here if that’s your jam and the country’s infrastructure is quite well developed. Marvel at the country’s exotic natural wonders like breathtaking Fjords, beautiful coastlines, barren mountains and rolling sand dunes, and take a journey through Oman’s whimsical fishing and villages.

With an extremely low crime rate, Oman remains one of the safest places to visit in the Middle East. It is mostly popular for its colorful traditions and culture, vibrant wadis, and spectacular coastline.

Yes, it’s a fact that Qatar’s relationship with its surrounding Gulf countries is somewhat shaky, but it is still extremely safe to stroll around here. Qatar is the easiest place in the Arabian Peninsula to visit as a solo traveler or an outsider. The danger of protests and riots usually commonly seen in neighboring Eastern Saudi Arabia and Bahrain will never be seen in Qatar as the people here enjoy a surprisingly good relationship with the government.

Once you arrive here, visit the dynamic capital of Doha and bask in the Arabian Sea which is along the coastline. You can also indulge in scrumptious Qatari local food famously known for its cinnamon and spices.

It’s safe to assume that you’d be rolling with excitement to visit the Middle East after reading this article. So what’s the wait for? Pack your bags and come aboard!