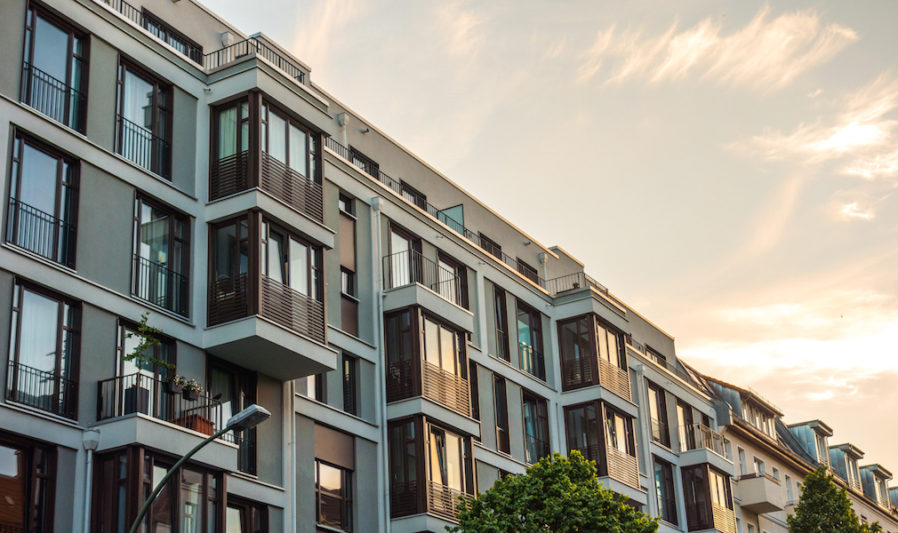 In this article, we will provide tips on what to do when you first move into a new property. This article is for both people who are renting – you might be a student or somebody in a house share or you might be part of a couple and you’ve just moved into a new place – or you may have just bought your own home and you’re a first-time buyer or you’ve just moved into a new place from a previous one. Either way, this is all of the tips on what to do on that first week when you first move in.

The first tip is all about the locks and the keys. If you’re renting, the first thing is to get a spare set of keys. It’s not going to cost you very much. The landlord won’t mind, you don’t even have to tell them. Give that spare set to a friend whom you trust and lives nearby. If you lose your keys and you don’t have a spare set, the alternative is going to be phoning up your landlord and having them to either come out – which they may charge you for – or you’re going to have to get a locksmith – which is very expensive, definitely more expensive than getting a spare set of keys.

Another thing you also may want to consider is changing the locks. Though it’s not very cost-effective to change all of them, if someone has a spare set of keys, they might violate your property. So we suggest you play safe.

Make sure that you’ve got a smoke detector and a carbon monoxide detector in the flat and make sure they’re working. If you’re renting, your landlord should be providing these and they should also be providing you with a gas check certificate to show that the boiler – if it’s a gas boiler – is safe. That should be checked every year. That is a legal requirement for your landlord to do.

If you’re in a new home that you’ve just bought, you probably should consider getting a gas engineer to make sure it’s safe. You don’t have to have it checked every single year, but at least every couple of years. Also, make sure that you’ve tested your smoke alarm and your carbon monoxide alarm as well as the fire alarm if you have one. You should probably sort out these aspects in the first week.

If you are renting, we recommend you get content insurance which is the sort of insurance that protects your belongings from things like fire damage, theft or accidental damage. It can obviously pay out for expensive stuff, but equally, if your stuff isn’t worth an awful lot then you may be paying for something that you’re not really needing.

If you’re getting your buildings insurance, they will ask you what the overall value of your property is and they will calculate it based on that. But actually, you just need to figure out what the rebuild cost of your property is – the cost if you were to build it all again with bricks and mortar and pay the builders to do that. It is not what it is actually worth on the property ladder.

Another thing we recommend when you first move is taking photographs of the entire place. If you’re renting, it is really a good idea to do this because it can help with any disagreements with regards to getting your deposit back. So you’ve got an actual picture record of the condition that all the different brooms are in. You can just keep those pics on your phone or email to yourself.

It’s also a good idea to take a picture of your tenancy agreement and just email it to yourself. It’s an important document, useful for things like getting future tenancy agreements or references and you may need when it comes to getting your deposit back. You may also want to do the same with all the deeds and the various documents that you may have been given from solicitors.

If you’re buying a place, obviously you’re going to get the paper copies. However, we recommend you to scan it all or take a photograph and you’ve got those safely online in case anything happens to them.

The next tip is to write down the date that you’ve actually moved in. Write it down in your diary and send an e-mail to yourself. It’s important to know what date you moved into a place, what day you moved out of a place, which the address was, etc. By the time you’ve moved around a few different places, it does get quite sketchy you can’t remember it all.

So make a note of it, that you can easily access. It will make your life a little bit easier next time you’re coming to filling all those sorts of forms out.

It’s a good idea in the first week to tackle any problems if you’re renting a place. If there’s any little niggles like there’s a dripping tab or something’s wrong with the beds, the chances are the landlord will be more responsive and helpful to your issues during the first weeks.

6. Locate the whereabouts of stopcock and fuse box

Another important tip is locating the whereabouts of your stopcock and also your fuse box. The stopcock is basically the tap that will switch off the water supply into your property. Do not wait to locate it until a leak happens. It can be located within the flat, under the sink, or somewhere else such as downstairs or in the main hallway.

The fuse box so that is where all your electrics go through if you’ve got power cut. Make sure you know where that fuse box is because you don’t want in pitch-black darkness to be searching the entire property to find that.

If you’ve just bought a place don’t worry about tackling problems because those niggles and jobs never end. Things such as moving your furniture can be easily done by specialised removalists. However, rather than dealing with all this stuff now, we recommend you say hello to your neighbors in the first week of being there. It’s something that’s good to get out of the way; it’s really nice to just introduce yourself for your safety and it’s also good for the community around you. Also, it’s a friendly thing to do. You don’t have to make anything formal. You could just make a point of saying hello to them if you’re passing them in the corridor, you could ask them a random question such as what time the bins get collected or something like that just to make a bit of contact with them and show that you’re a friendly person who is willing to get on with them.

Celebrate where you’re living now! It’s really important to crack open a bottle of champagne or wherever it is to celebrate you’ve worked really hard just to get into the property.