We produce a lot of rubbish everyday and, like it or not, we have to deal with it responsibly. Most people know quite a bit about recycling and waste management and do them right. Others on the other hand don’t know a thing about how to properly dispose of their trash. Here are the top 3 mistakes people make when they try to get rid of their junk according to the rubbish removal professionals.

3. Pouring liquids in the drain 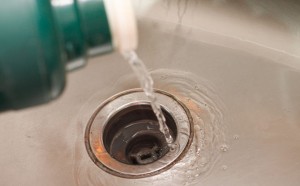 It’s not unusual for rubbish to contain liquids Â­ mostly cleaning materials, chemicals used in construction or for any other household needs. Most of these liquids are harmless but not all of them. Acids, alcohol, medical chemicals and hazardous liquids … all of these are a potential threat to your health. That’s also the main reason they should not be poured down the drain. Even small amounts of these substances can cause water and soil pollution, which is dangerous for plants, animals, and humans. It turns out that pouring liquids down the drain won’t make them go away. Quite the opposite, it will cause more damage. That’s why it’s better for your own sake to dispose of them properly.

2. Trying to get rid of the rubbish on your own 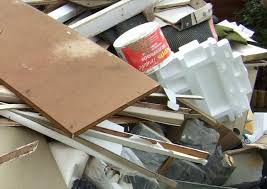 In case of renovation or spring closet/garage/attic cleaning, usually after the job is done there is a big pile of junk waiting to be removed. It can contain virtually anything: from after builders junk (wooden pieces, concrete or asbestos trash and rusty metal pieces) to heavy furniture and sharp objects like broken glass. Trying to deal with all that by yourself is not a good choice. There are strict regulations about where could be such waste properly disposed of, and other regulations about the vehicles that can be used for transportation. Except for the penalty you can get for violating these regulations, you can also hurt yourself in the process of loading and transporting the rubbish. The injuries you can sustain in the process are nothing pleasant. Some, like these caused by rusty objects are even life-Â­threatening. 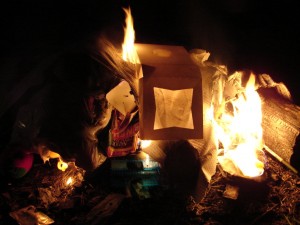 Rubbish burning is one of the main causes for air pollution. Except for the local air pollution that it causes it will also add to the general background level of air pollution. The produced smoke is not only unpleasant for you and your neighbours, it can cause serious problems for people with heart conditions, pulmonary diseases (like asthma, bronchitis and so on), and is also harmful to children. Burning specific materials like plastic for example, does not only create an unpleasant smell, but also produces a range of poisonous compounds. The burning itself can be dangerous enough as well, since the fire can easily spread to garden fences or nearby buildings, causing significant damage.

Conclusion: Rubbish removal services can be costly but it’s not worth it to save some money at the expense of risking nature or your and other people’s lives.