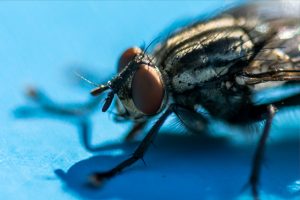 Pest management is one of those things we don’t like to think about. Everyone wants to believe that their home is occupied only by humans and pets, and that there are no unwanted invaders sneaking around, spreading germs and damaging the house.

But the fact is that it takes effort to create those conditions. One firm providing pest control deals with more than just ordinary insect problems. They also have to manage rodents and other larger animals that we typically think of as elements of filthy city streets.

But the fact is that they can get in, and if you don’t take steps to prevent it, they will get in. Once they breach your four walls, they’ll take a heavy toll on your home and family.

Pests are single-minded. They want to survive and reproduce as efficiently as possible. In order to achieve that, they need food and shelter, and when they’ve entered your home, that food and shelter belongs to you. The processes that they use to access both are potentially destructive to your home.

Pest damage isn’t always as obvious as the neat arched doorways made by cartoon mice. It typically originates with a natural opening in the home that the pest exploits for access. Once inside, they may chew up insulation, carpet, sheetrock, and structural members in order to create nesting spaces or to access food. Because so much of this takes place in accessible areas, the damage can be extensive before you even notice it, and if you aren’t aware of their impact, even a routine renovation may not do everything necessary to address the underlying problem.

Animals have a very different perception of sanitation than humans do. Because their bodies are tolerant to many common pathogens, animal pests are often carriers of diseases that can infect humans directly or indirectly.

Rabies is a good example. While rodents aren’t a major carrier of this disease, any mammal can contract rabies. During the time that the rat or mouse is still alive with a rabies infection, it is a very real threat to the health of your family.

Many pests contract bacteria from what they eat, and then transmit it into what you eat. A rat that has been in the garbage and then comes into your home is bringing all kinds of viruses and bacteria with it, often spreading them with their feet without even getting into your food.

As if one pest weren’t bad enough, some of them attract other pests. Remember that living things of all kinds are part of a food chain. If your home has mice, you’re likely to attract snakes as well. While many species of snakes are harmless to humans, most people still don’t want them around.

To avoid an infestation of snakes and other pests that feed on smaller pests, you need to eliminate that food source before it begins to draw attention. Properly managing mice, rats, and even many insects will keep those pests from becoming the reason that other pests move in.

Pests are more than just scary or unpleasant. They pose serious threats to your family and home. Keeping them out of the house is a critically important part of your overall quality of life.