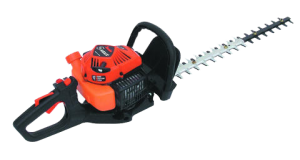 Did you know that there are actually different types of hedge trimmers on the market, each of them just as capable as the rest at keeping your unruly garden in check? When choosing between these trimmers to decide which will be the best for your needs, it is important that you weigh up the pros and cons of each of them. This article will provide you with basic information to help you determine which one best meets your requirements.

When choosing a hedge trimmer for your property, it is important to consider your needs and do some research on all the models available. By familiarizing yourself with the pros and cons outlined in the article above, you can determine what is important to you and what you can probably put up with. Never make a decision without doing this first, as you will probably live to regret it.

AnneMehla is author at LeraBlog. The author's views are entirely their own and may not reflect the views and opinions of LeraBlog staff.