While there are many methods to use when it comes to removing a tree, pulling and burning are two of the more common ones. This article will discuss what is involved in both methods of removal.

Equipment with cables, winches, and pulley systems are typically used to remove the stump from the ground. Both steady and vibratory pull systems are available when using this method. To begin with, deeply soak the soil with water hours before, as this can significantly reduce the power required to extract the stump. A chain, grapple or chain is affixed to the stump and the winch is used to pull it out. 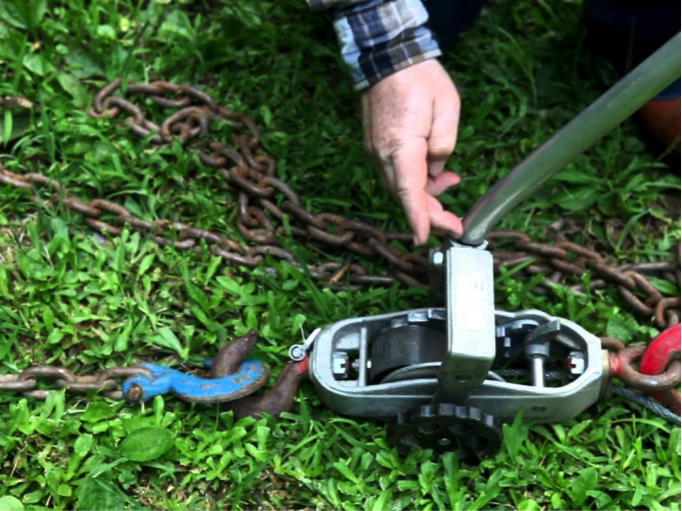 Generally speaking, a soil saw, trencher, or any other means of excavation can be used to reduce the force needed for extraction. Significant force needs to be applied when pulling stumps from the ground, so it is important that all load bearing components of any winches, chains, pulleys, or connectors are designed to cope with the necessary force. Because of the power requirements involved, most pulling systems typically require large equipment and a large setup area. However, customised smaller systems can be designed and used for unique situations.

For the most effective way of pulling out stumps, the intricacies of how a stump is rooted into the soil needs to researched. Trees typically have small diameter roots or a few large diameter roots, large angle roots or ones that are closely packed together. Rooting systems vary in a tree's life, and thus a stump's structure varies in death as well. The most important feature of a stump being pulled out of the ground is the large diameter roots on the same side as the pulling action.

The more roots that branch on the pulling side of the stump, the less stiff the stump system will be and the nearer to the stump will be the extraction fulcrum. A roots branching point that is close to the stump will be the location of any breaking and bending failures. Root branching points are usually where the large changes in root stiffness tend to occur. A stump with a few unbranched roots on the pulling side will be extremely stiff and hard to pull out of the ground. As a result, the stiffness and pulling force required will drop significantly as the angle in between the neighbouring large roots on the pulling side exceed and reach 600 of horizontal separation.

The other traditional method of removing, or reducing, stumps is to set it alight, usually using petrol or charcoal briquets in a controlled environment. Stumps will need to be dried before they will sustain ignition, which is why this is typically done in the hotter months. The downside is that you run the risk of inciting a fire, however if you have taken the necessary measures to burn off in a controlled environment, you will avoid a bush fire. 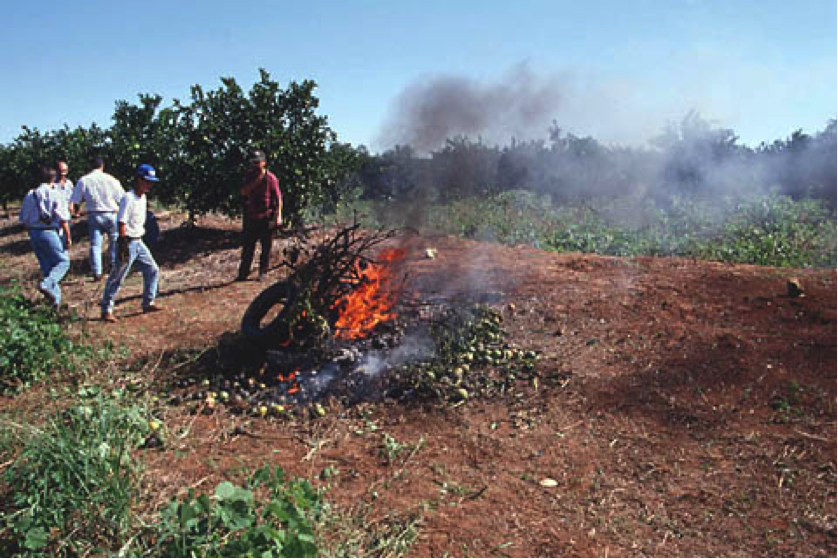 Other wood parts of the tree which are already dry are used to burn for heating the stump, keeping the water out, and igniting the stump. Stumps are always in contact with moist soil, have little to no surface area exposed to the air, and are covered with bark, all of which enables slow drying. Petroleum products, resin-soaked wood, charcoal briquets, or other heat sources can be used to ignite and sustain any stump burning.

Some excavation or extraction can help in drying the stump, while also allowing enough oxygen to reach applied fuels to burn the stump. Extensive bore drilling into the stump is said to be essential by any stump removal products and companies. The advantage of burning is that it rapidly breaks apart wood bonds, thus releasing energy. The parts of the stump that remain and aren't burnt are covered with a charred layer, or will be partly burned to charcoal, thus slowing the decay of any residual parts.

Burning should be assisted by products that can either kill and dry the stump faster - such as salts - or make the wood significantly more flammable. There have been many stump removal products that are a pre-treatment for burning. Keep in mind that in many countries, burning stumps, smoke generation, and accelerant products are not allowed for stump removal.