Although this decision would make it easy for them to stay on the market and give them a clear sense of their expectations as far as labeling and other restrictions, it would deny them certain benefits, such as continuing to claim that they’re safer than tobacco cigarettes and can help people quit smoking. They also won’t be able to continue advertising on television, where cigarette ads have long been banned.

The Good News about E-Cigarettes 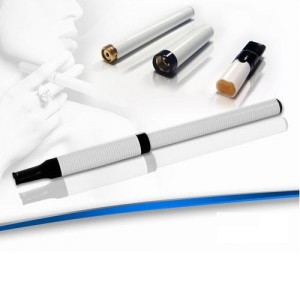 The best news about e-cigarettes is that they don’t contain most of the things that make cigarettes bad for you. Most of the harm from tobacco smoking and other uses comes from the thousands of other chemicals that tobacco contains–and the many more created as byproducts of burning the tobacco–and not from the only thing e-cigarettes have in common with cigarettes, nicotine.

On its own, nicotine may have similar effects to another popular stimulant, caffeine, which has been linked to positive effects for the heart, mind, liver, and more. However, we haven’t had people getting nicotine without tobacco for long enough to know for sure.

The Bad News about E-Cigarettes

Unfortunately, research is increasingly confirming that at least some of the risks associated with tobacco use actually are due to nicotine. One of the most troubling studies seems to indicate that heart disease may be linked to nicotine, not just to the toxic mix of other chemicals found in tobacco. Since cardiovascular disease remains a leading cause of death, if this link is proven, it will likely mean that e-cigarettes aren’t actually any safer than tobacco cigarettes.

Nicotine has been linked to problems with bone healing. Nicotine seems to impair the ability of stem cells to change into bone cells.

Nicotine may also be partly to blame for the connection between tobacco smoking or chewing and gum disease. If these latter two effects are true, then it means that e-cigarettes will contribute to tooth loss and dental implant failure just like tobacco cigarettes.

The Ugly News about E-Cigarettes

And of course there are the other problems associated with e-cigarettes. Nicotine is still addictive. People who continue to be exposed to nicotine will continue to crave it, and those who are using e-cigarettes can easily move into smoking traditional cigarettes.

This is the main concern of many people observing the growing e-cigarette market. They worry that, far from being a stop-smoking aid, they will actually inspire more people to smoke. The biggest worry is that kids will use e-cigarettes as a gateway to tobacco cigarettes. They certainly can be appealing to children, with no lung-irritating smoke and sweet flavors like candy or fruit. They’re quite similar in many ways to the candy cigarettes that some of us remember but have long been banned.

All things considered, it’s likely that e-cigarettes are better for you than tobacco cigarettes. But that’s still a long way from saying that they’re good for you–or even harmless.

Dr. Matthew B. Candelaria (PhD, U of Kansas 2006) is a freelance writer on a wide range of medical topics, from weight loss and plastic surgery to ophthalmology and dentistry. Not a smoker himself, he grew up in a smoking home and has lost close family to smoking-related illnesses.