Scabies is an itchy and sometimes painful skin condition that is caused by a parasitic itch mite known as sarcoptes scabiei. The itching is caused by the mites burrowing into the skin to lay their eggs, and the condition itself is highly contagious. Here are some great ways to get rid of scabies and treat the itching at homeâ€”the all-natural way. 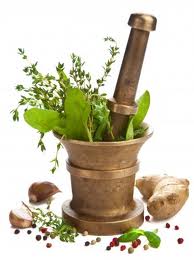 Tea tree oil is one of the most popular all-natural scabies treatments available for various reasons. First of all, the cooling sensation that the oil provides helps to relieve the itching and burning caused by the burrowing mites. Secondly, the oil actually kills and smothers the mites rather than chasing them away to other areas of the body. The oil should be applied to areas where a rash is visible and also anywhere that itching is a problem several times per day until the itching and rash has completely subsided.

Neem oil is an organic pesticide that is highly regarded among organic farmers. Even the FDA states that the product is completely safe for human consumption. Unlike most pesticides, neem will not kill insects on contact. Rather, it simply interrupts hormonal processes that will eventually cause these insectsâ€”including the mites that cause scabiesâ€”to die. It is best to apply neem directly to the affected area two to three times per day and bathe with an all-natural neem soap for a period of three to four weeks in order to clear the condition.

Believe it or not, cayenne pepper is a highly effective treatment for scabies because it essentially burns the mites to death without having any adverse effects on the host. To use cayenne pepper to kill scabies, there are several methods. Many people have found that dissolving the powdered pepper into a warm bath and then soaking in the bath until the water has gone cold is the most effective. However, it is important to mention that users should protect their eyes very carefully; while the solution will not have any permanent effects on vision, it can cause significant pain and blurring if it gets into the eyes.

Although zinc itself will not kill scabies, it will help to fight off the secondary skin infections that these mites cause. To use it, grind pure zinc tablets into a powder and add water a drop at a time until a thick paste has formed. Then, apply the paste to all of the irritated skin areas. If the area is incredibly itchy, the zinc paste can be mixed with a bit of organic turmeric for additional relief. Leave the white zinc paste on the skin for up to 30 minutes or until it has completely dried, then rinse with lukewarm water.

It is also important to eradicate the mites that cause scabies from the home in order to prevent reinfection. Vacuuming rugs and washing all bedding in hot water can definitely help, and borax powder is another great way to kill the mites. However, borax is poisonous and it should be handled with care.