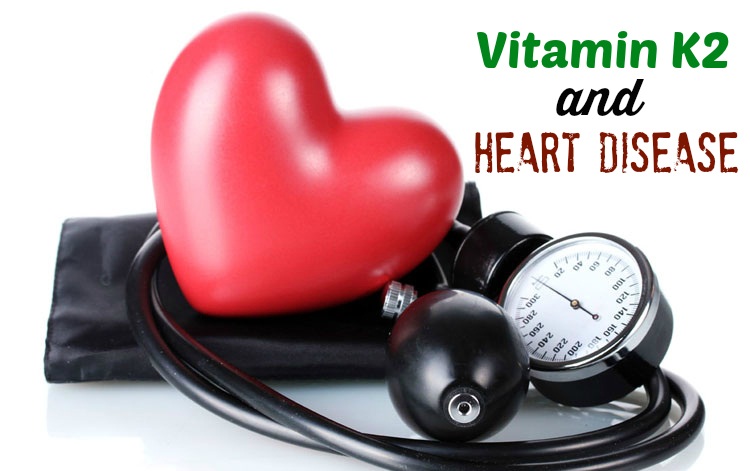 The body is a complex organism which is dependent on the interactions and interrelationships of organs, enzymes, hormones and vitamins. Anytime you take any nutritional supplement, at high doses you will affect the balance of others. The same is true for Vitamins K and D. When the ration between these two is not balanced, it will increase your risk for the cardiovascular diseases (CVD), heart attacks and stroke.

The vitamin supplems are not the only thing which causes an imbalance. Researchers have found a link between the medications used to lower the cholesterol levels and treat the type 2 diabetes and an inhibition of absorption of vitamin K from the food.

The Two Forms of Vitamin K

There are differences between vitamin K1 and K2 and how they interact with Vitamin D, calcium and other nutrients. Vitamin K is associated with blood coagulation. Vitamin K1 is found in leafy green plants and Vitamin K2 or menaquinone is found in animal meat and fermented foods. Your body can synthesize K2 in the gut and this activates the proteins that regulates where the calcium ends in your body.  Vitamin K2 relates to the interaction with the calcium, how and where it is deposited and used by your body i.e the impact on your dental health, cardiovascular system, bone health and renal health. Each of these bodily system depend on the correct balance of calcium. The body has limited storage capacity of vitamin K2 and it can recycle it so that it will be used multiple times. The functions of the vitamin are unique are required throughout all your life stages.

As per the review paper associated with medications for treating the CVD with an inhibition of vitamin K2 have negative effects since they increase your risk of CVD, bone loss, diabetes, chronic kidney disease and mental disorders. All there are the result of poor K2 absorption. The research also found a shared mechanism between the blood thinner warfarin, vegetable oils and statin medications in the inhibitions of vitamin K dependent processes. Even eating foods containing Vitamin K can reduce the effectiveness of warfrain.

A significant risk factor in te development of CVD is calcium buildup in the arterial system. The plaque formation on the walls of your arteries will lead to small pieces breaking up and causing the formation of clotting. This is considered as one of the major reasons for a heart attack or a stroke. A clacification of the plaque formations will occur with the progress of atherosclerotic disease that will predict your risk for future cardiovascular events.

In a meta-analysis of 30 studies in which over 218,000 participants participated, it was found that the calcification in the arteries is related with a 300 to 400 percent higher risk of a cardiovascular event such as a heart attack. Vitamin K2 regulates the arterial calcification via protein modulation. In another study, those who had the highest amount of Vitamin K2 were 52% less likely to experience the calcification of the arteries and about 57% less likely to die from heart disease over a period of seven to ten year period. Vitamin K2 deficiency in the diet may lead to suboptimal carboxylation and MGP ie matric carboxylated glutamate protein which is biologically inactive. Both of these will lead to lower protection of the cardiovascular system from the calcification of the arterial system.

Vitamin D and Vitamin K2 need balance since the former has a great influence in dozens of conditions such as eye health, reducing signs of aging and depression, reducing multiple sclerosis, immune system health, etc. Therefore vitamin D helps to absorb the calcium and Vitamin K2 directs your body to deposit the calcium at appropriate places i.e. bones, teeth rather than your organs, muscles, arteries or soft tissues. Vitamin D acts as a gatekeeper who allows the admission of calcium; Vitamin K2 is the traffic cop which directs the calcium where to go. Without Vitamin K2 there will be traffic jam since the calcium will not get deposited exactly where you want it to be instead it will get in your arteries. Hence, a deficiency of Vitamin K2 is a significant cause of the cardiovascular diseases.