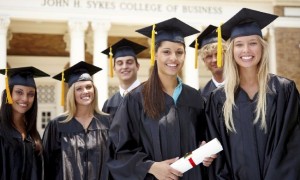 According to the statistics, the number of MBA aspirants has grown by leaps and bounds to a whopping 42% in just a matter of two years in Australia. The growth has been led by a gigantic expansion policy followed by a private provider based in Adelaide.

This is noteworthy as the growth in the number of MBA cohorts has generally witnessed sluggish growth. But defying these trends the AIB( the Australian Institute of Business) along with Holmes Institute and Chifley Business School have seen their student count rise by over 6000 students in the period of 2012 and 2014.

AIB happens to be a higher-education service provider, operated privately which renamed itself from Gibaran Learning Group back in 2011. It began offering its MBA program in 2013.

The figures churned out by Commonwealth Department of Education stand at AIB enrolling 1800 students in 2013 alone followed by 4200 in the year 2014. The figures were confirmed by the Joint CEO of the institution Joel Abraham.

Though the figures for enrollment for the 2015 year are yet to be made available by the educational department, AIB simply stated that they numbers witnesses yet another year of sustained growth.

Mr. Abraham attributed to the success of its program partly due to its social media presence particularly on Facebook and the professional networking service LinkedIn.

This follows by an announcement by LinkedIn earlier this year as one of the top 3 companies that made the most of their content marketing through LinkedIn.

Mr. Abraham further stated that the growth experienced by AIB was not a case of overnight success and was derived from the experience they gathered from the former Gibaran Learning Group's experience spread over two decades as a provider of higher education.

According to him the sole focus of the AIB as the target segment was working adults and that the program as well as the support was specially optimized for the experience needed by the target audience.

This was inclusive of an MBA that had a practical focus and content that may be applied to work, and flexibilities in starting dates as well as studying and providing adequate support to students.

They targeted this audience and did not compete directly with inflexible and expensive programs provided by most traditional providers, he further revealed.

Online learning is the medium of instruction of choice for almost all students of AIB or through partners situated overseas in Africa, Asia and even the Caribbean with international students accounting for nearly one-third of its cohorts.

Two other educational institutes also have witnessed massive expansion in the number of MBA cohorts. The Chifley Business School, which was sold to the Torrens private university earlier this year had in 2013 only ninety international students but the figures jumped to 1500 in the year 2014. The program run by Holmes is essentially international in nature and had seen the number of cohorts jump to over 1100 in 2014 from 600 in 2013.

But for most educational institutions offering MBAs in Australia such huge growth is a rarity though some others too witnessed significant increases.

The figures also reveal that that there is slow but steady growth of female MBA aspirants the ratio of whom rose to 36% in 2014 up from 32.2% in 2002. Women however figure a lower percentage of 33.6% in case of domestic students solely.