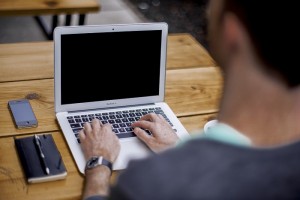 The introduction of spell check in some of the widely-used computer writing programs, excluding WordPad, Notepad, etc, has made us so much dependent on it that we no longer care to memorize the spelling and use the auto-correct feature quite often.

The spell check and autocorrect features in the writing applications have helped us in avoiding embarrassing spelling errors, typos, and other grammatical blunders, but at the same time it has made us lazy and overtly dependent on a software tool instead of our brains. This is one of the major misgivings of the modern technology.

It obviously makes sense to rely on the spell check and auto-correct features due to their convenience and speed. We live in a fast world and we must make the most of the technology that can detect and rectify our errors in a lighting fast manner, in the absence of which, we would take a great deal of time to detect and fix the errors. The software tools installed in the writing applications makes it easier and faster for us to write uninhibitedly without worrying for spelling errors, typos, grammatical mistakes.

In the past, writers used typewriters and they took extreme precautions to avoid spelling errors, typos, and grammatical mistakes from showing up in their write-ups. However, with the advent of modern technology and rapid technological evolution, we are in a much comfortable position than our previous generation writers. Even though spelling has been a part and parcel of our education system, the modern technology is gradually undermining the standards of spelling.

Typing words is far more difficult than writing on a piece of paper for not-so-seasoned writers. When we write on a piece of paper, our hand holds the pen or pencil while our mind tries to form appropriate sentences to write. However when a person is not accustomed to the QWERTY keys and writes, then they may misspell some words as they hit on the wrong keys. Even seasoned English teachers and tutors are not immune to these problems who in spite of having a good command over English sometimes commit typing mistakes. There the spell check and auto-correct features prove to be useful for those writers.

Interestingly, we have another observation that contradicts the above argument. Most people were good at spelling tests when they were in school. However, as they start writing using a computer they rely increasingly on the spell check feature. It becomes necessary for them to activate the spell check mode and right click on every underlined word and replace it with the correct word. Busy schedule and tight deadline are two of the factors that cause them to type fast.

Another striking fact is that a majority of older people are rather particular about their spellings, whereas younger people do not bother to focus more on spelling. It may be due to the fact that older people intend to write correct spelling rather than relying more on the technological features of the applications. In contrast, younger people intend to make the most of the technical features and bother less about writing correct spelling. This makes them more fast and intrepid typists as compared with the older generation people.

One more remarkable observation has been made that people who hand-write tend to spell better than the people who use digital medium for writing. This might be due to the reason that people using digital method for writing rely more on the spell check and auto-correct features, while the people accustomed to writing on paper memorized and retrieve the correct spellings than their computer-using peers.