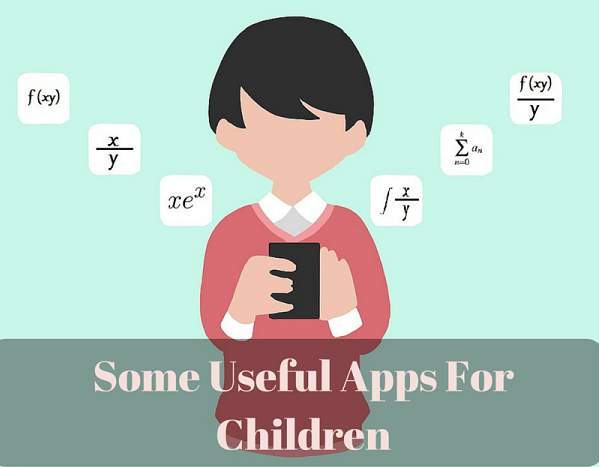 Mathematics is an integral part of education that is not only related to STEM (Science, Technology, Engineering and Mathematics) education but also in other fields of education that includes commerce, economics, geography etc. You'll also see that this abstract subject also has an intrinsic influence of our daily life. But sadly, it is seen that many students find this subject particularly difficult in their school curriculum. This problem can be solved to a certain extent through the implementation of number of apps based on Mathematics education that imparts effective math lessons through a number of fun activities and real life examples. In this technological era, one form of technology can help an individual know about the underlying principles of another form of technology. These apps serve the same purpose. By using these apps, children may find it easier to relate to their daily life incidents while they are going through with their math assignments. Today we'll go through some effective, simple and popular math apps for children available in Android or iOS or both.

This app puts forward arithmetical concepts in the form of a story. The plot of the story can be said to be of the action-thriller genre. The players turn into secret spies on mission around the world on various missions. The fictitious game villain "Dr. Odd" is on a mission to destroy the planet's even numbers. The players have to stop him from achieving his goal. The players have to solve equations that act as a form of blockage to each level of their escape. The entire activity is pretty entertaining and is pretty challenging as well. Operation Math is available for Android and iOS.

This app is helpful for children to know about basic mathematical operations involving addition and multiplication. The players have a fixed target that can either be a sum or a product. The players have to come to the correct sum/product by choosing the accurate factors and the listed numbers present on different sushi pieces. Sushi Monster is available for iOS.

Quick Math is based on the traditional method of asking direct questions like "what's 5 +2" etc. Yes, we agree that it looks a little old-fashioned but there's a slight twist as well. The users don't have to type on their platform the answer to a specific question. They just have to write the answer on the screen, anywhere as per their choice. For e.g. for the above question the answer is â€˜7'. The users have to draw a pattern similar to that of â€˜7' on the screen using their fingers and the app will read it and confirm whether it's the right answer or not. QuickMath is mainly based on arithmetics. QuickMath is available on the apple iTunes store for download.

As the app name suggests, the players can practice multiplication operations with this app. The objective of the players is to aid monkeys trapped within a tree. They have to help them to escape and that can only be done if the players answer the questions correctly. This app is available for android and iOS.

This app allows the users to practice basic multiplication operations depending on various levels of difficulty. It also enables users to engage with complicated multiplication problem sums up to 3 digit numbers. The simple interface of this app makes it convenient for the beginners to use this app. It's a free app available for iOS.

This app is based on various simple arithmetic operations like addition, subtraction, multiplication, division etc. and presents those problems to the players in the form of a story. Let's go through the plot of the story. The world's infested with zombies. Each player will be part of a highly trained group of scientists and they are the only hope to stop the zombies and save the world. But how can they stop the zombies? They have to use their math skills combined with various superpowers to cure the zombie attacks. By giving the correct answer to various math problems, the players will be able to transform the zombies back to humans. Math Vs Zombies is available for Android and iOS.

DragonBox Algebra apps are perfectly suitable for middle-school children to get themselves acclimatized with algebra and pre-algebra. The apps present algebra in the form of various interactive fun activities so that the players would not even realize that they are actually learning the concepts of an important topic of math while having gun at the same time. There are two DragonBox apps based on various age groups. Both of these apps are available for android, iOS and Windows. These 2 apps are:
(i) DragonBox Algebra 5+ (Android, iOS, Windows),

Mathematics is considered the bedrock of science. For developing a firm grasp of this subject, it should be seen that the students have a clear understanding of the basics of the subject matter. These apps will surely help them develop the basic concepts of mathematics that'll be beneficial in the long run. After-school online math tutorials may also prove to be quite beneficial for the students. Ultimately, if you consider the role of mathematics in an individual's career you'll find that mathematics does play a huge role in shaping a student's career in the positive direction and make him a stand-out individual among the crowd.

The content has been written by Sarah Izyan for Wizert

Sarah Izyan is author at LeraBlog. The author's views are entirely their own and may not reflect the views and opinions of LeraBlog staff.