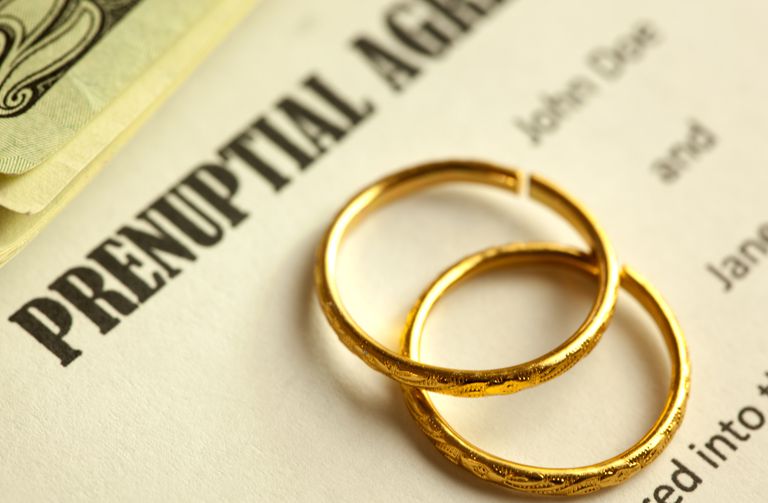 There was a time when only the wealthy would consider drawing up a prenuptial agreement. A prenuptial agreement is a contract between two people that is drafted before they get married. It is typically used to protect both parties from loss. The reason it has been popular with celebrities or wealthy people is that, when divorcing, they have a whole lot to lose. In states where divorce has specific property ownership laws, if someone enters into a marriage with a fortune, they stand to lose a whole lot in a divorce.

Millennials are different from any generation that has come before. Growing up as the first generation with access to the internet and smartphones, they don’t quite get the notion of privacy. Many would argue that the concept of not being the center of the universe is lost on a generation that thinks everyone wants to see their selfies know what their status is, or what they are eating for dinner. A very “self-important” way of life, it would make sense that the way that they see their value is encroaching into every component of their lives including marriage and marriage contracts.

The difference between what Millennials value and what previous generations have is not based on what they carry around in their wallet or what their bank statement reads. Millennials see their thoughts and ideas as their biggest assets, not their net worth or their socioeconomic status. Millennials who are opting to draw up prenuptial agreements have nothing to lose besides their earning potential, or their thoughts and ideas for the future if their love ends up being not so everlasting.

Divorce attorney firms have been beginning to see an upward trending matrimony prenups over the last three to five years. According to a recent study by the American Academy of Matrimonial Lawyers, as many as 62% of their clients were seeking a prenup, in all age categories. The fastest growing prenup seekers, however, are those between the ages of eighteen and thirty-five.

You really can’t blame Millennials. Divorce is at such a high rate that many have grown up in a one-parent home, or seen their own parents make the split. This can leave them with different notions about the promise of saying “I do,” or the fallout that can come from a marriage not working. They are trying to shield their earning potential, films they wrote, software they created, their technology ideas, and even songs in case at some time, in the future, it makes money.

New prenups are not drawn with concrete conditions; rather they are filled with presumptions and what if’s. Things are being debated which have not even yet been tackled, which may seem like putting the cart before the horse. Not wanting to find themselves at a disadvantage during a divorce, Millennials are thinking ahead to make sure that what is theirs, to begin with, remains theirs.

The problem is that until these new prenups are challenged in court, it is hard to know how well they will stand up to scrutiny. Having an idea is not something that can easily be quantified, and if the other partner is involved in the growth of that idea, then how do you decipher how much of that idea’s success originated from the combined effort?

The good news is that divorce rates are actually decreasing. Whether that is a result of changing attitudes, the delay of marriage, or perhaps just that fewer people are getting married, it will hopefully mean that the prenups being drawn will do nothing but make partners feel secure, and will never actually be used or challenged in a court of law.

Prenup agreements are just one more way that Millennials are changing the face of society and putting their own “creative” spin on the future. Hopefully, if this generation is able to navigate relationships and marriage better than the generation that came before them, more married couples will end up staying together. If nothing else, at least they have something in writing if it doesn’t pan out.