In a long list of high-profile clashes between law enforcement and the African-American community that have ended in disaster, the tapes of the shooting of a Seattle woman have finally been released and may cause more friction. The audio tapes of Charleena Lyles’ call for help, which ended in her being shot in front of her children in her own home, were publicly released last week. The tapes were linked to two patrol cars that were on the scene that fateful day.

The audio tapes include the police officers discussing the mental issues of the pregnant woman. One patrol officer was recorded saying the woman was acting “crazy” and talking about how the patrol officers weren’t going to leave her at her home, while the other officer was researching to see if she had any “mental-precaution” conditions on file. 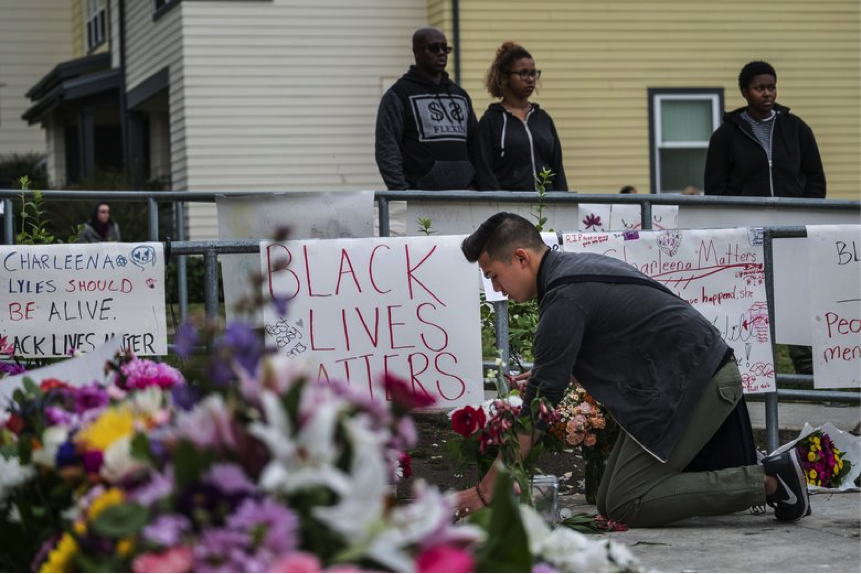 According to Seattle criminal lawyers, the reason their statements are important is that it proves that they were aware of her mental health condition. The tapes might also prove that the officers were aware that her children might be in the apartment before they decided to open fire. One officer can be heard prior to entering the home, asking if the woman was the one with three children.

According to statements, Lyles allowed law enforcement to enter her home so that she could report a recent break-in there. In the tapes, the children can clearly be heard talking in the background while Lyles was answering the officers’ questions. The conversation didn’t seem to escalate or appear to be anything but civil. As she was listing the items, one officer suddenly yelled “Get back,” and eleven seconds later, there were recorded gunshots. After further investigation of the tapes one of the officers is heard mentioning something about scissors.

At the time, Lyles was in a transitional living home designated for the homeless with her children. Typically, a report for a break-in would only require one officer be on the scene, but due to the location of the housing and an inherent increased risk to the officers, two officers were dispatched to investigate.

The reason for dispatching two officers was not only about the housing situation; the police maintain that they sent two officers because Lyles had a history with the police department and they believed that her mental status might cause a problem. With several “concerns about safety,” two men proceeded to the house. Lyles’s family, however, questions the allegations of safety because the young mother was petite and could hardly present a threat to anyone.

The story that the officers originally told was that when they arrived at the house, Lyles met them at the front door holding a knife, which caused them to fire. Even though the children were at home, they insist that the risk was so great they had to start firing immediately.

They also were on record saying that they were not aware that any children were present. As they didn’t make many more statements about the case, not much of the story was known until the recent release of the tapes, including the dialogue of the officers in their own words. What is becoming apparent is that the officers’ version of events might not be entirely true.

Civil rights advocates, along with Lyles’ family, question whether the excessive force was necessary, or if this is just another instance of law enforcement unfairly targeting an African-American individual. It is difficult to understand how a call for a break-in led to a pregnant mother of four being shot in front of her children. According to the audio tapes, there is no mention of a knife, a non-confrontational conversation, and the sound of children talking in the background: all parts of the tape that put the officers’ statements into question.

The two officers have been placed on paid leave while the details of the case are investigated. It is likely that the tapes’ release will alter how the case proceeds, and it might even lead to charges if the family and civil rights advocates can prove that there were racial profiling and other civil rights violations.

There is no question that the death of Lyles and her unborn child is a tragedy that didn’t have to happen. What is questionable are the events that led to the shooting and whether this is just another incidence of police violence. Civil rights advocates hope that high-profile cases such as this one will lead to better civil protections for minorities around the Seattle area.