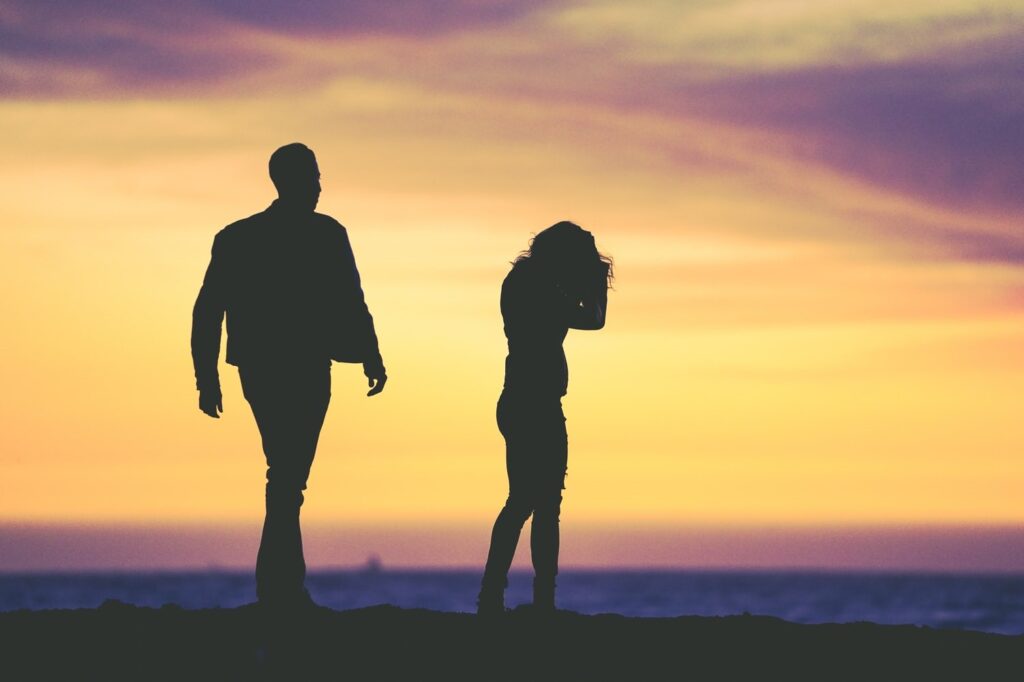 The grounds for UK divorce have been set in stone for decades, but will a new law come into play to shake things up soon? Discover more, here…

For decades, divorcing couples have struggled with lengthy and messy court battles in order to part ways. With the grounds for UK divorce requiring a fair amount of blame, and a lot of defensiveness along with it, it’s clear the system needs an overhaul.

It seems the government are heeding the call! Now, couples may be saved a fair amount of strife, with no fault divorce in the UK having been passed by the House of Commons a couple of months ago. Now, it’s down to the House of Lords to finalise proceedings, so married couples who wish to officially part ways can do so easier.

The question is, how will this change the divorce process? To look into this further, we need to dive into the current grounds for divorces in the UK, and discuss the changes no fault divorce will bring…

What Are the Current Grounds for Divorce in the UK?

The UK government stipulates four factors for anyone in England or Wales wanting to get a divorce. So, before you even think about beginning the divorce proceedings, you need to:

If these stipulations are met, you are eligible for a UK divorce. That said, you can’t just remove your partner out of your life completely.

Even a couple who is well past their expiration date requires a valid reason, recognised by law, to proceed. The current five grounds for divorce in the UK include:

Living Apart for More Than 2 Years

No fault divorce is currently applicable in certain forms, but only with certain stipulations. One of these is the “living apart for two years” rule, which basically allows couples to file for a divorce or no reason if they’ve lived apart for two years. In this case, this is only accepted if it’s a mutual agreement, and the filing party has written permission from the other member of the couple.

If you want to divorce due to this reason, you don’t have to have been living in separate homes for this whole period of time. Obviously, for some, it may not be possible to live in two separate accommodations. As long as you can prove that you slept in separate beds, and ate separate meals, this will do.

Living Apart for More Than 5 Years

This reason for divorce is similar to the above, however, the only difference is you don’t have to have permission from your other half to file. So, if you can prove you’ve been living separately, in similar ways to the above, for five years, the court will usually grant you your divorce.

A married individual can also file for divorce if their other half has left you, without your agreement and without reason. In most cases, this requires permission from the other half. However, if your spouse has been absent from your life for over two years during a 30-month period, permission is not required, and you can proceed.

Adultery is another valid ground for divorce, and has been for hundreds of years. As long as you file within six months of finding out, you’re filing on the basis of your partner’s actions, not yours, and you can prove sexual intercourse has occurred, you’re good to go.

Although there may be illicit activity going on in the relationship, for example, sexting, kissing, or video chatting another person, this doesn’t constitute adultery. Adultery is the plain and simple act of engaging in sexual intercourse with someone other than the marriage partner.

Adultery can be hard to prove, which is why it’s not always the best route to go down. It’s also a tricky subject, as it is very emotionally charged, and brings forth a lot of accusation that may not be recognised by law. As we’ve seen, intimate acts outside of sexual intercourse are not regarded, by law, to be adulterous. So, unreasonable behaviour may be the next port of call. 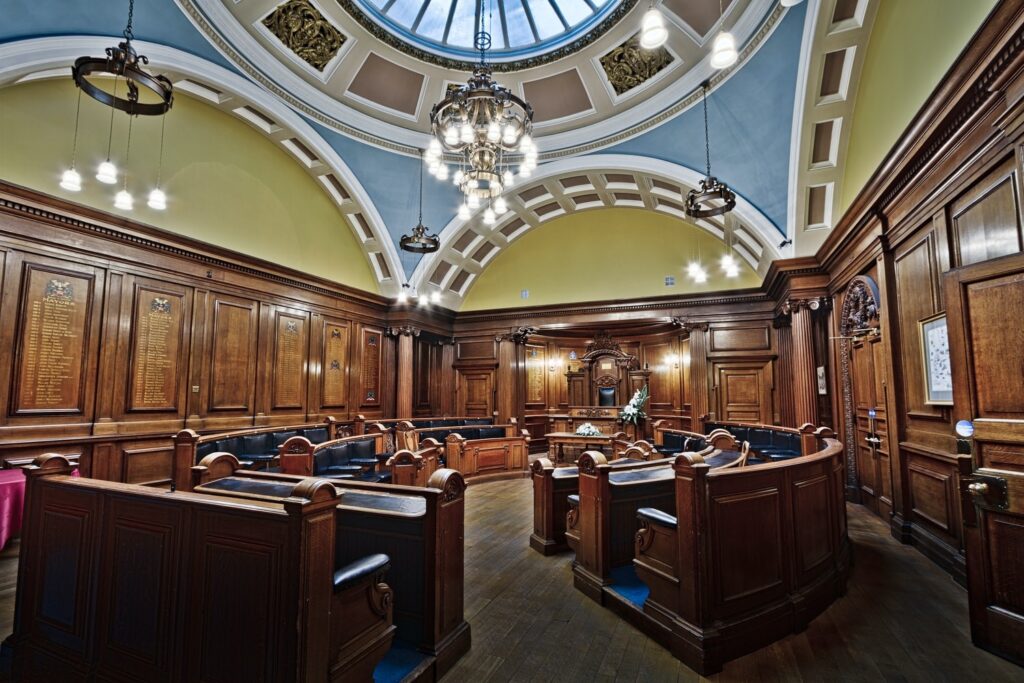 A New Grounds for UK Divorce in Future?

As you can tell, a lot of these grounds for parting ways with your partner rely on having a reason and being able to prove it. This can lead to a huge amount of strife, as it tends to bring forth a blame game between both parties.

Ultimately, if one member of the couple is at fault, this could affect the financial outcome for them. This causes defensiveness, which makes it all very messy, which isn’t always called for. So, what’s on the cards to remove this aspect of the divorce procedure?

What is No Fault Divorce?

No fault divorce may be the solution for anyone looking to divorce their partner with minimal hassle. This is basically the idea that anyone can file for a divorce, no matter the reason; simply because they aren’t happy anymore and wish to seek freedom.

There are a number of reasons why no fault divorce is a more appealing option for many divorcers. Some of these include:

The History of No Fault Divorce in the UK?

Before this act came back into the divorcing picture, we can’t forget that the Family Law Act was the first to introduce it, back in 1996. However, wide support from many charities, particularly domestic abuse charities, as well as official individuals, mattered little.

In fact, the act was swiftly repealed due to the issues that came with it. Some of the main downsides to a no fault divorce, putting the government off, included:

Why Has No Fault Divorce Come About?

So, with this repeal years ago, why has it suddenly come back into the public and parliamentary eye? Well, apart from the reasons mentioned above, including amicable divorce proceedings and less hassle, divorces are still challengeable for a couple of offences. These include fraud and coercion, which are clearly offences that require some sort of notice.

That said, it’s not just these reasonings, but also a particular divorce case which has spurred the change. The July 2018 case of Owens vs. Owens was a big step in this, when a court reluctantly ruled against 68-year-old Tini Owens to divorce her husband. This was despite the fact that she was “desperately unhappy”, but her husband disagreed.

The court ruled that they had to live apart for the appropriate five years before moving things along. Despite the reluctance of the court, their hands were tied. They claimed it was down to Parliament to change the law, otherwise no more could be done for Tini.

When do we Think No Fault Divorce Will Come into Play?

Now that the House of Commons has passed the alteration to the Divorce, Dissolution and Separation Bill, it’s down to the House of Lords to consider the amendment. Although it’s predicted to come into full force by Autumn 2021, things are still uncertain. It’s unsure whether the bill will, indeed, be passed, so for those looking to divorce soon, waiting it out for no fault divorce may be premature.

Clearly, no fault divorce has been a long time coming. By allowing couples to part ways without having to engage in a tennis match of blame, it’s thought divorces will become more amicable. Ultimately, this bodes well for courts and lawyers, who will spend less time working on their cases, and will work wonders for the mental health of the divorcees.

What do you think of the UK’s potential change in divorce law? Do you think this will be a welcome addition to the parliamentary bill, or do you think it’s too early to say? Be sure to leave your thoughts in the comments down below!