Despite decades of advocacy programs and legislation, drunk driving remains a major issue within the United States. Not only does alcohol factor into about 30% of the traffic deaths in the past decade, but law enforcement officials arrest more than a million people annually for driving under the influence of alcohol.

While the technology to prevent drivers from operating a vehicle while impaired exists, the technology has not been widely incorporated in newer models of vehicles. The Reduce Impaired Driving for Everyone Act of 2019, also called the RIDE Act, allocated $10 million for government-funded research into breath and touch-based alcohol detection systems with an additional $25 million for installation and testing of the technology in government vehicles. 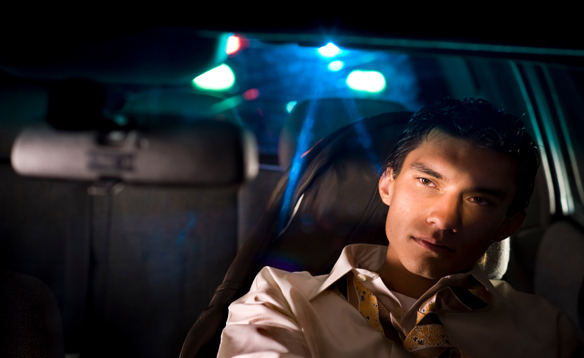 Estimates for the benefit of such technology from an analysis by the Insurance Institute for Highway Safety said that the life-saving potential of mandatory vehicle-based alcohol detection systems could be more than 9,000 lives a year.

As many car manufacturers respond to increasing pressure from consumers and government entities to incorporate alcohol detection systems into their vehicles, the realities of what systems exist, and the timeline for new system implementation begin to arise.

What Detection Systems are Out There?

One of the most common car-based prevention systems for drunk driving is the breath alcohol ignition interlock device or BAIID. In many states, the legal limit for blood alcohol content, or BAC, is 0.08%.

“Once a person has been convicted, many states require that a first-time offender have a BAIID device installed in their vehicle,” said attorney David Benowitz from Price Benowitz LLP. “These devices require a driver to blow into it for a certain amount of time where it then measures their BAC, compares the breath sample against the legal limit, and either allows the car to be turned on or alerts a driver that their BAC is too high to operate the vehicle.”

Now, new breathalyzer-type devices are being licensed in addition to new touch-activated tests. A growing number of precise blood alcohol technologies are in the works, making some excited for what the future may hold.

These new detection devices have been experimentally incorporated into newer car models by manufacturers like Volvo, but they remain as optional equipment in the newer models. For many critics, the rise of driverless vehicles and technologies for blind-spot detection and eye-tracking software mean that drunk driving prevention devices are long overdue and are likely to roll out in the coming years.

Technological advancements in cars continue to improve each and every year, which is great for car owners who purchase newer vehicles. However, with the sheer number of cars on the road, one major issue with saving lives with alcohol detection services is that the technology will be missing from older vehicles.

This means that even if alcohol detection systems were required as standard equipment in all new vehicles starting in 2020, it would take roughly 12 years before the technology became common enough in the United States to save an estimated roughly 5,000 lives – if alcohol detection systems were optional or voluntary in newer models, the change would take even longer to come into effect.

With current projections on newer programs, such as ambient-air-based systems, rolling out the technology as early as 2025, there may be a significant gap in time before the life-saving capabilities of drunk driving prevention technology can come to fruition.