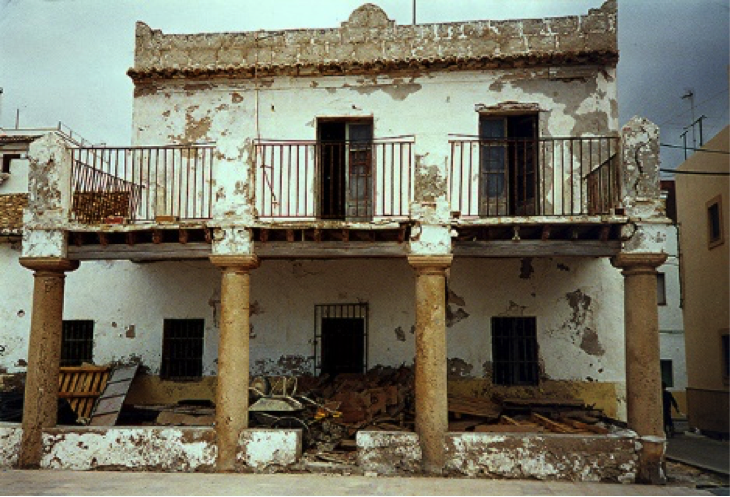 Apparently some landlords would think this is a desirable place to live.

Finding a decent place to rent is a big concern for many of us. Prospective tenants spend ages viewing apartments, checking locations, securing jobs and researching what the local area is like, but when they think they've found the perfect place, things can go sour. Landlords can ruin an otherwise great place and it's often impossible to tell what they're really like until contracts are signed and you've moved in.

To be fair to landlords, there are plenty of horror stories about nightmare tenants too, but some landlords out there are enough to make any renter nervous. There's the man from Ohio who spanked his tenant over unpaid rent, another landlord who failed to deal with a tenant who screamed drunken abuse through another tenant's window and another who videoed his tenants in the shower.

Thankfully these extremes are rare - but plenty of renters still have horror stories about sketchy landlords. These are ten of the worst stories landlords we've found. 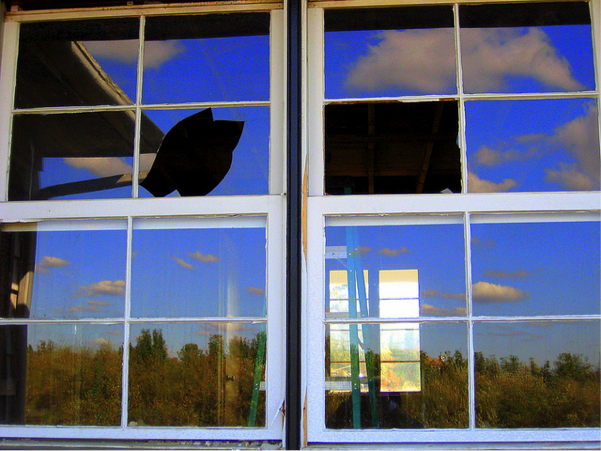 Sarah Hadley-Ross lived in a house with 3 other girls and after returning to their home at 11pm they discovered the worst had happened. Their apartment had been broken into and burgled with the door smashed in and the windows broken. Clearly a property is nowhere near safe in that condition and so the tenants thought it was reasonable to assume their landlord would help them out. Unfortunately, upon calling him he shouted at the girls for waking him up and claimed it wasn't an emergency, leaving his tenants in an unsecure home. 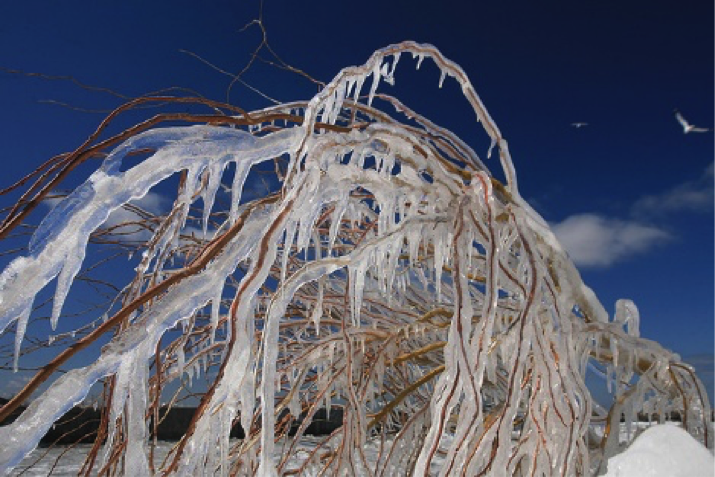 Winter wonderlands do not belong inside.

One British tenant, Nima Kent, and their six housemates found themselves facing one of the UK's worst winters in three decades without a working boiler. A call to the landlord was a means to fix this, but he sent his own repairmen who simply shrugged and blamed the pipes. Another visit to address the issue led to the boiler taking the blame, rather than the radiator. The tenants were then ignored for a month.

With another pipe-blaming visit and mold growing in the basement rooms, a further month passed. Two of the basement tenants grew ill from the mold and the landlord continued to ignore them. The real estate agent eventually gave them three heaters - not exactly great for a seven bed house. With exams and dissertations looming, the tenants eventually refused to pay their last three month's rent, with the heating never fixed.

8. The sledgehammers are for your safety 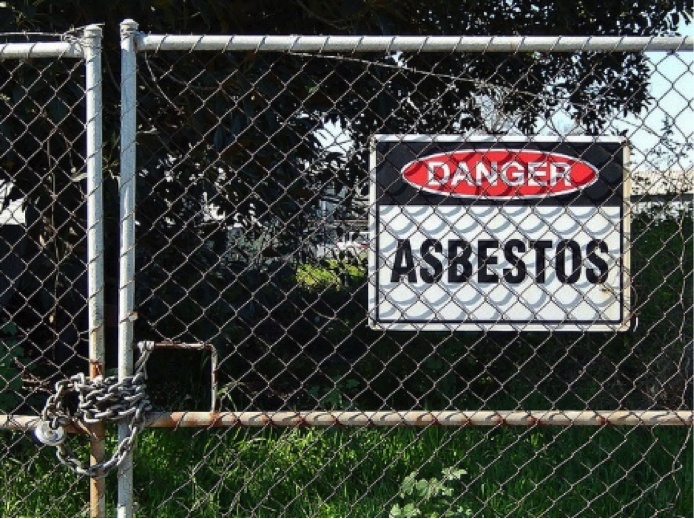 It's normally fenced off for your protection.

Adam Cullum went on holiday and expected to come home to an untouched apartment, what he wasn't anticipating was coming home to sledgehammers. His expectations were false as he found people wearing paper suits and masks testing for asbestos by smashing his apartment walls apart. If you aren't aware, asbestos being vigorously entered into the air can be detrimental to anyone's health. Eventually the landlord agreed to test for asbestos in a way that didn't endanger anyone's health - not by smashing through walls.

The asbestos smashing wasn't the only issue these tenants faced, after five years of occupying the apartment Adam & his family were then told they had ten days to leave and move out of the apartment. That would be bad enough if they weren't told this on the 10th of December. Merry Christmas!

7. If something works for 100 years it must be fine 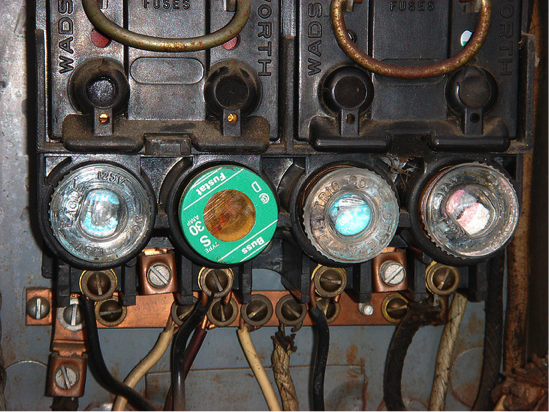 Not quite the fixtures and fittings you expected.

Finding your apartment on fire just after midnight two days before Christmas due to a faulty electrical box, isn't exactly the situation anyone would want to be in. Unfortunately this is what happened to Katie Hunt. After the fire brigade showed up, the tenant called her landlord who arrived just to say that it was the responsibility of the electricity board. Despite a few choice words from the attending firemen, the landlord left.

A month later and landlord sent the wrong person to inspect the box and subsequently tried to charge the tenant for it. It turned out the electric box was installed in 1913 and had been leaking tar for years. This was apparently the standard the landlord deemed acceptable.

6. Your bed will be fine right there 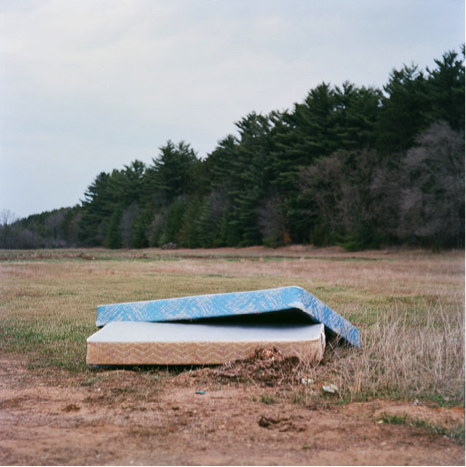 Free range sleeping might not be a feature you're looking for.

Leaks aren't exactly uncommon, especially when there's a heavy rainstorm. Of course, it's not the sign of well-maintained property, but some leaks are worse than others. Jane Rand's housemate saw rain come pouring through their bedroom ceiling. That's worthy of an immediate call to a landlord, even at 4am.

And what was the response? The landlord refused to fix the ceiling and helpfully offered a solution: drag the mattress to the living room and sleep there instead. 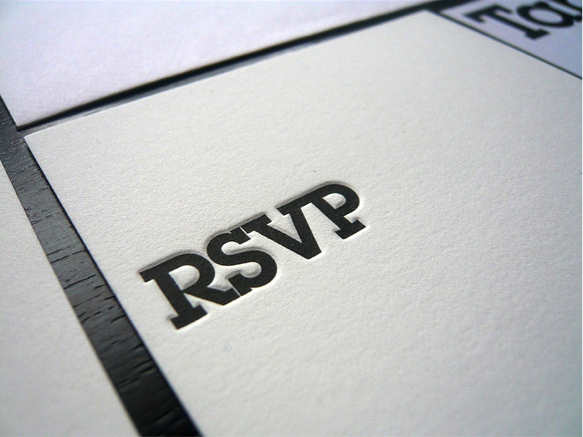 Not all landlords think they need one of these.

While landlords technically own the properties they rent out, most would consider poor form for them to come and go as they please. Samantha Warrick found out that her landlord viewed her apartment as his own.

Samantha's landlord would come over to her apartment whenever he wanted to do so, un-announced. The landlord would also leave a toilet seat up in an all-girl house as evidence of his visit. The unwanted guest got his retribution after one of Samantha's housemates mistook him for a burglar and hit him with a frying pan.

4. There's nothing a lick of paint can't fix 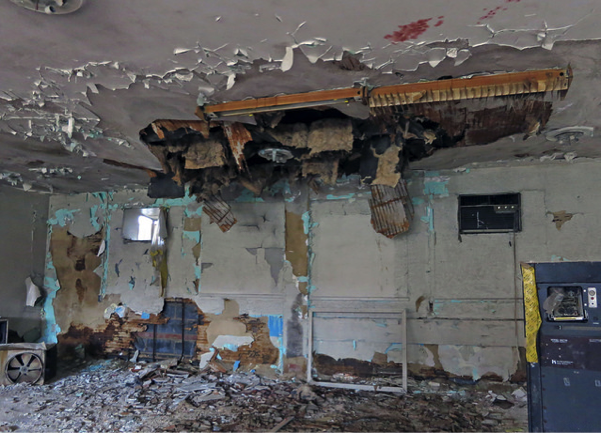 Nothing says home sweet home like a hole in the ceiling.

It's unfortunate when your landlord fails to address an issue but sometimes it's no better when they do, as Mick Wright found out. After their bathroom floor fell through to the apartment below due to a water leak, they got in touch with the landlord who promptly said they'd come to fix the issue.

The damage from a bathroom floor falling through obviously was going to require extensive repair work. Unfortunately, the landlord failed to meet expectations and simply painted over the wet patch on the ceiling, and that was that. 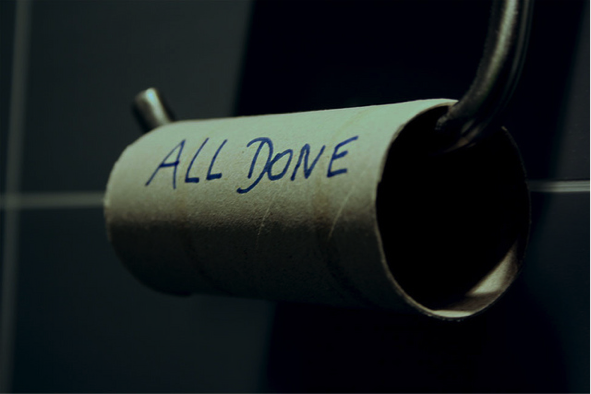 Because this isn't an essential.

Bridie Pink, a full-time student was living in university student-housing assumed an educational establishment would ensure they offered a decent service to their students, but not in this case. Aside from the refusal to fix anything that was reported broken, they revoked privileges without warning - one being the weekly supply of toilet roll.

That was not the only instance - Bridie also reported a dangerous roommate who was dealing drugs and invited a squatter into the property, yet nothing was done. Then to top it all off the toilet in her room was left broken for months, all while she didn't have heating or a light for most of the year. By the time she left, none of the issues she'd raised had been addressed.

2. A bit of business on the side 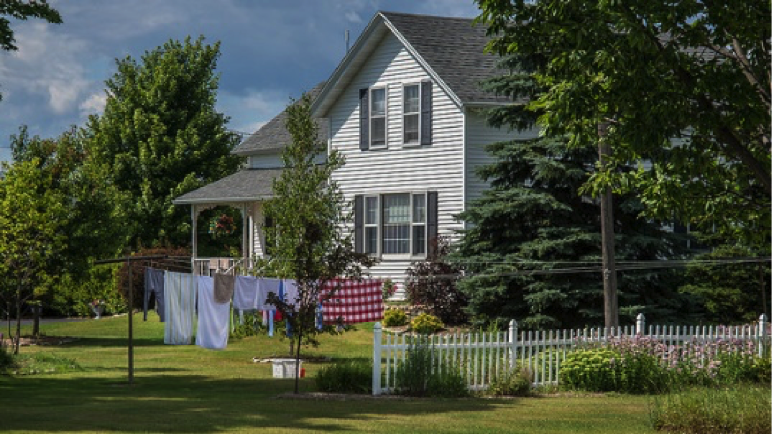 Andy Roseaman had a landlord who was highly unusual and not your average landlord. Apart from withholding Andy's deposit over damages that were already there when he moved in, the landlord had a slew of undesirable extra activities and bizarre behaviors. Andy's landlord offered his tenants discounts on their rent if they sold his pornographic magazines on building sites, played the bagpipes late at night and stole women's underwear from washing lines. Andy later found out that the landlord was also committing housing and benefit fraud at the same time. No surprise there!

1. If only it was rainwater Be afraid of what lies above.

A leaking ceiling is bad enough when it's simply tap water, but what if it was something worse? While in college, Steve Norris had toilets overflow every time there was a power outage - which was unfortunately a common occurrence. During one of these occasions the landlord wasn't answering his phone and so the problem got worse.

The toilet backed up and it began to leak its contents got through the floor and started to drip through to the room below filling up a light fixture in the process. To make matters worse, the unwanted liquid formed bubbles under the wallpaper which burst and sprayed the waste across the room. By the time the landlord finally sent someone - around a week later - almost everything needed replacing.