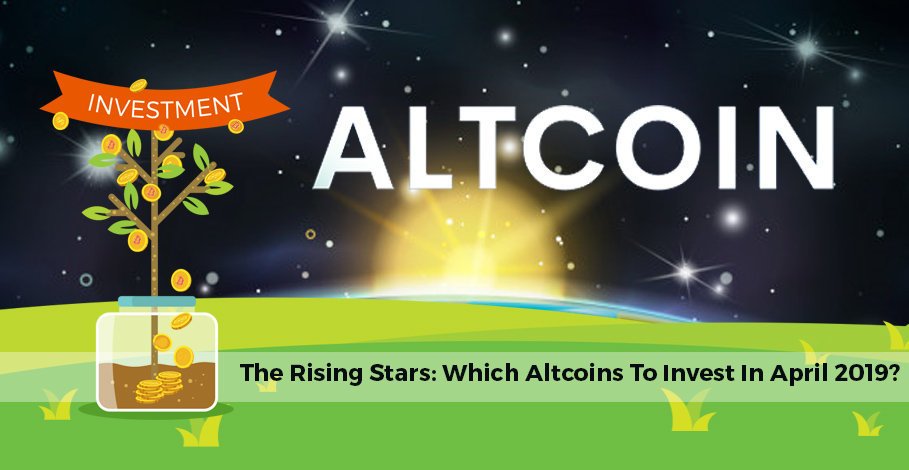 It seems like the major cryptocurrencies are struggling to gain momentum over the past few weeks but the altcoins seem to be making some relatively large gains. Following the latest altcoin news and analysis, we can be sure that the altcoin season has started along with the spring.

Many of the top 20 altcoins seem to be surging in value but which ones will be the best one to invest in this spring. Let’s see our options.

The Stellar (XLM) altcoin managed to grow over the past week and finally retraced to its $0.10 price origins. The cryptocurrency has continued to pump and made headlines again, by adding a further 10% on the day as XLM reached $0.10 again.

This six week high has allowed XLM to increase its market cap to about $195 billion. News also showed that a German media company named Börsenmedien AG has announced that they were purchasing stakes in SatoshiPay a few days ago, which in turn helped initiate Stellar’s run.

Ethereum is certainly one of the most promising cryptocurrencies in 2019 – and the biggest altcoin out there. Even though many predicted a bigger growth for Ethereum this year and prices of up to $1,000 – the momentum is still not there.

However, analysts believe that 2019 will be the year of change for Ethereum. As of recently, the coin grew by more than 20% and has definitely bottomed out over the past few months. The future of Ethereum looks bright, especially after its creator Vitalik Buterin announced the introduction of Sharding on the main network and a partial transition, as well as new features which may improve the throughput. One of them is Constantinople which is the newest version of ETH that is being implemented.

On a side note, around 90% of blockchain startups operate on the Ethereum platform.

On the other hand, we have TRON. The price of TRON has demonstrated a strong increase motion against the US dollar but also against Bitcoin over the past five weeks. Recently, BitTorrent’s Token initiated a token sale on the Binance Launchpad and after the partnership between BitTorrent and TRON we believe that is one of the reasons for the spike in price.

TRX has also hundreds of dApps with thousands of active users as well. Because of the high activity of the users in the BitTorrent system, remains the question how will TRX handle the millions of requests coming in daily.

If we talk about EOS, we can see that the native token of the EOS protocol reached a new high and is now trading at $4.11 which almost a 12 percent increase. The EOS rally came right after the Weiss Crypto Ratings issued their annual crypto report. The study provided how the emerging trends in the crypto industry mostly focusing on projects that could potentially have a maximum chance of success in the upcoming year.

Even though Cardano is a direct rival to Ethereum (ETH), it is also designed to operate with smart contracts – and is among the most promising cryptocurrencies that aims on democratization of finance and forming a decentralized economy.

Some of the factors that will affect Cardano (ADA) and its growth in 2019 include the new exchange listings and the new trading pairs by exchanges (which has already seen positive results), the improved compatibility with other platforms, the similar features to BTC and ETH as well as the newly developed ATMs which were spread out throughout Japan, making ADA more popular on the Asian continent.

Now it’s up to you to make a decision.

And while you are at it, it may be useful to check the DC Forecasts one of the best cryptocurrency news sites out there and read the analysis, latest news and price predictions in the altcoin world.