We all love our cars and most of us take very good care of them…when it is affordable, but what happens when you find out that water got into your engine? If you’re like us, it becomes a rebuild job but if you’re like many others who just wouldn’t be able to do the work themselves, the repair costs thousands because the end result may most likely be a replace motor. 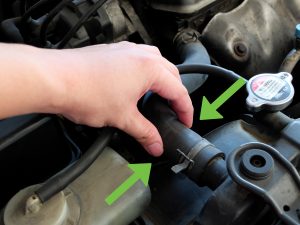 Depending on which part of your engine gets water into it will depend on the issue and the extent of your bill. With all the parts that it can ruin, there is one spot that it is okay to put water in and that is the radiator (recommended when you have no coolant and your car is overheating).

Water in the engine is usually caused by a cracked block and messed up headers. If this is the case, be prepared to get a new engine. This will destroy the whole engine if you allow it to go to far but even with a cracked block or messed up heads, the cost of the repairs to those will be just as much as buying a new motor.

Speaking from experience, we dealt with this issue after purchasing a dodge truck in which we did test drive and felt it drove fine. We took a look at the engine parts the best we could before handing over the money but still did not know the block was cracked and was the owner going to tell us? Nope. After two days the truck was stuck on the side of the road with no oil pressure and a very bad struggle. It began to overheat no matter if we were driving or in idle but was the worst when on an incline.

We decided to replace the block ourselves, thinking that was it, but then found that the water traveled through the whole motor. We spent five thousand dollars in total buying one part at a time until we ended up the whole engine rebuilt. That included boring out the heads that we bought and didn’t fit.

Water in the engine by some other means may not be this tragic on your wallet but will still be bad. An example of this would be driving through a large puddle fast enough to splash water upward. If any water is able to leak in through any open areas of the engine, you can be sure you will be sitting by that puddle. There are time the water can mess wit the alternator or battery as well and it will shut your car off until it dries. This is personally something I went through and my car had power steering, which also shut off on a windy road. At first I thought it was a bad motor but after bringing it in for service, I was told otherwise.

There are some cases that some people just cannot avoid water damage to the engine and are usually stuck buying a new car alltogether. Floods…the dreaded street river of doom can not only kill your engine but sweep you away too. The best thing to do when this happens depends on the amount of water your in. 12 inches of water will be able to float our car down the road and make your vehicle un-drivable.

There really is not much one can do when water gets into an engine. In some cases the motor can be fixed but in most cases, the owner has to say buy to either the motor or the car.

Jerry is author at LeraBlog. The author's views are entirely their own and may not reflect the views and opinions of LeraBlog staff.