No one can deny this fact that the technology is the reason why our lives have changed that much. Moreover, according to many intellectuals, the definition of being advanced and modern than other countries for a nation is the more use of technology in the lives of the people. However, the three technologies that we are going to discuss in this article are those technological wonders on which many technical devices and software stand.

People who are related to the technology business are having fun right now due to the never-ending production of technological equipment from which most of them are making their impacts on the lives of the people. The level of the integration of technology in our life is so advanced now that the smartphones are now not considered to be a technology and become one of the most basic needs of human. But for the moment, did anyone think about how much did we miss from the landlines to the smartphone technology? I bet not a lot; that is why being a technologist myself I decided to write this article in which I am going to tell you about those three groundbreaking technologies that are the roots of all the technological marvels which are the reason of the changes in our lives.

We all know a 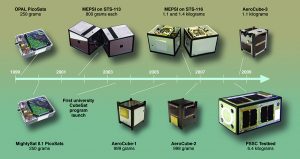 bout the internet of things or commonly known as IoT among people. We also use it in our daily lives for managing our different home appliances. The companies like Tesla is also going to use it in its future cars more than they are already doing it right now. Other companies too are planning to use this technology to the ultimate ease and control that it provides to the people. By taking a broad look at all this phenomenon, it seems that we may find a method of creating this world fully connected to each other. And I am not talking about the human but the devices. Just like the satellites that we have in the space, the companies are also planning to deploy numerous nano-satellites into earth’s low orbit. This will help us to connect all the ground devices or the sensors to the internet easily by using the existing internet services like 3G or 4G. Through this, we are going to solve hundreds of our problems which always require strong workforce and efforts to get done like monitoring the strength of the bridge or for the mining coal or other minerals. There is a never-ending benefits of nano-satellites and connecting every device to each other. In a nutshell, for the better understanding of a layman, we can say that he will get the control of every technical device of his house just on his smartphone.

This technology is in use of some of the world’s most innovative companies. Take the example of the Amazon which is considered to be the world’s most innovative company which always produce the technically advanced devices and services. That is the reason why the CEO of the Amazon Jeff Bezos has become the world’s richest man surpassing another tech giant one and only Bill Gates. Now coming back to the topic, the Amazon is working with the company called Rekognition. Yes! The Rekognition with the “K” is a company which has done a lot of work on the image recognition technology. That is why now the Amazon with the Rekognition and is planning to launch a smartphone or any other device which will be going to help the people in recognizing anything just by taking a picture of it. For example, you can find the name of anything just by taking a picture of it. On a lighter note, this is a great technology for the people who travel a lot and eat in the foreign hotels. Instead of asking from the chef, they can just take the snap of the food and this technology will not only recognize it but also will give you the recipe and ingredients used in it.

This may not sound big to some people. I have another news for those people too. The Amazon has planned much larger with it than just launching an app or device for it. The Amazon is all set to offer a web service with the collaboration of Rekognition through which any developer will be able to build an application against it. This means that now the developers can use this technology in many different innovative ways which just make its scale unlimited.

I don’t know if either the Amazon has thought about it or not, but the company which can use this technology a lot for their benefit is the Walmart – which in some way is the biggest competitor of the Amazon too. Imagine you walk into the Walmart and the staff by finding of you and your preferences through this technology will be able to show you the things according to your likeness and preference or the need. This would make their work a lot easier and also the consumers would love it. 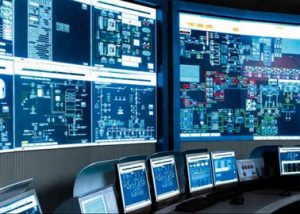 Telemetry must be a known term for those who work in a sort of industries which use the machines and IoT devices that produce information logs. Due to the immensity of these information logs, it is nearly impossible for them to be analyzed by the human. That is where the telemetry is playing its part. This technology is not creating any direct effect on the common men, but it is a beneficial technology for the big firm to keep a check on their machines. For example, let’s take an example of the jet engines. The reason of majority of the crashes is the failure of the engine. If we use the telemetry on the jet engines which collect the information logs that the engine is spitting out for the analyzing purposing within the cloud server. The detailed report on the information log can be directly sent to the pilot who can decide either he can fly the jet anymore or not.

Romana Brown is author at LeraBlog. The author's views are entirely their own and may not reflect the views and opinions of LeraBlog staff.