Microsoft PowerPoint celebrated its 30th birthday last year. During its three decades, the presentation software has become the undisputed king of business tools. So much so that it’s had over one billion downloads to computers worldwide.

As technology has advanced, so too has the freedom in which users can edit their slides, creating immersive presentations for clients, colleagues and peers alike in the process.

So what does the future hold for PowerPoint? Is the software adaptable enough to hold off competitors for another 30 years? Here, we take a look at how technology is shaping the future of PowerPoint presentations. 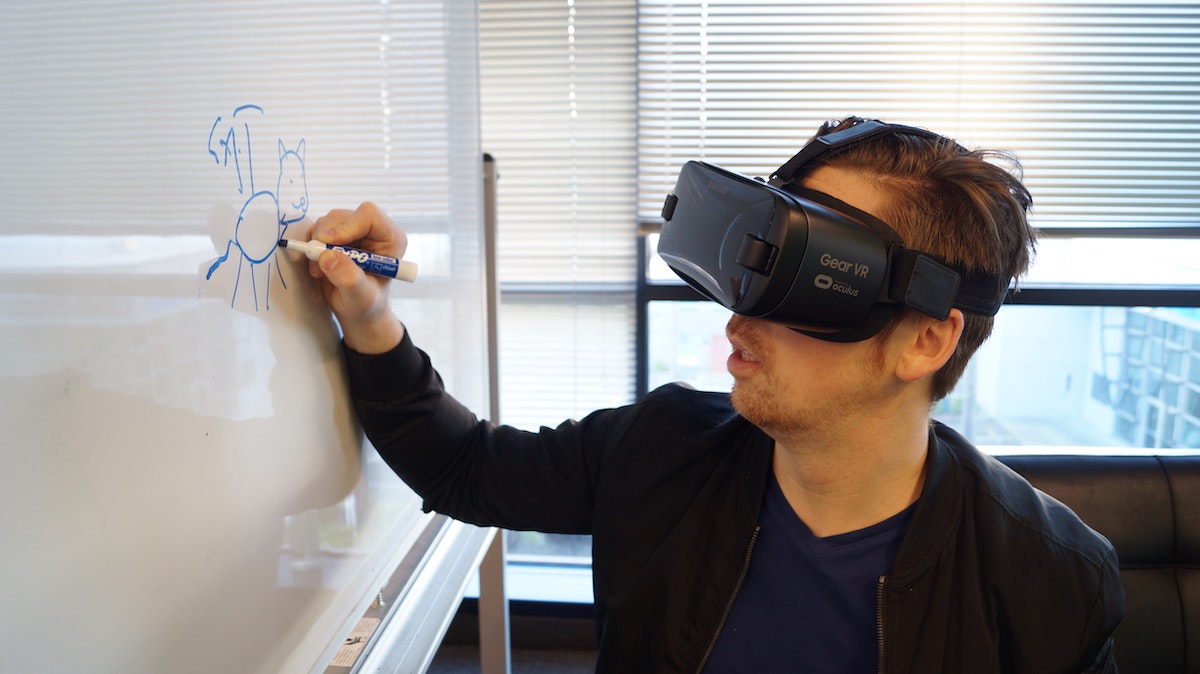 The virtual reality and augmented reality markets are set to reach over $150 billion in value by 2020, with headsets expected to become much more commonplace in the coming years.

The benefits that both AR and VR could bring to presentation scenarios are widespread. You’ll never need to worry about providing an immersive experience for your audience because they’ll possess the technology to find themselves inside the content.

Virtual reality presentations will enable audiences to fully interact with the information that’s being relayed. Users will be able to physically walk through a development, or gain a 360-degree view of videos and data visualisations.

Augmented reality holds a similarly immersive power that could take PowerPoint capabilities to the next level. With the right hardware, AR can overlay data onto the real world – enabling a room or space to effectively become a huge canvas.

AR is already beginning to make waves in presentations thanks to integrated table tops that are capable of projecting an interactive image for audiences to interact with – provided they’re wearing the right enabled eyewear.

When creating a PowerPoint, your main aim is to deliver vital information in a way that appeals to audiences.

While a presentation’s appeal will still depend largely on the content you find, technology is seamlessly paving the way for convenience when it comes to presenting clearly and practically.

One very smart gadget that promises to be a businessman’s dream device is the Akyumen Hawk. This smartphone not only has a 120hz refresh rate for pacy browsing but also has a built-in 35 lumens HD projector. Work and presentations can be shared in crystal clarity on screens up to 100 inches in size – making it ideal for meetings without the need for heavy-duty hardware.

This paves the way for excellent data analysis on larger canvases, so you never have to worry about including slightly more complex charts into your presentation again.

Another piece of technology that PowerPoint is already coming to grips with is 3D modelling. Although this particular tech isn’t strictly ‘new’, 3D software is becoming much more accessible today, and Microsoft is offering increasing levels of compatibility between PowerPoint and 3D-based programs.

3D modelling in PowerPoint brings with it the potential for intricate and dynamic visualisations to be displayed on screen. For example, presenters would be able to showcase designs for a new car by displaying a rendered 3D model of its engine. PowerPoint would allow the presenter to spin the rendering around to view from multiple angles, zoom in to focus on certain aspects, and pull the model apart to break it down into its components.

The world of 3D can extend beyond heavily detailed models too. For example, Leap Motion controllers are capable of tracking the movement of hands and fingers, converting them into 3D inputs. These inputs can advance slides or zoom in on their details.

Such technology, although not directly affecting the content on screen, will help to maintain the audiences’ attention on the presenter, instead of risking momentary lapses whenever they return to their devices to change their slides.

PowerPoint’s a behemoth in the world of business presentation software. After 30 years and plenty of competitors, it’s showing no signs of falling off its perch at the pinnacle of the market.

Part of PowerPoint’s success comes down to its ability to embrace new technologies for more powerful presentations. As 3D and virtual realities begin to become more commonplace, PowerPoint will be on hand to adapt. Credit must go to Microsoft for staying on the ball – 30 years is a long time to resist letting their game slide.