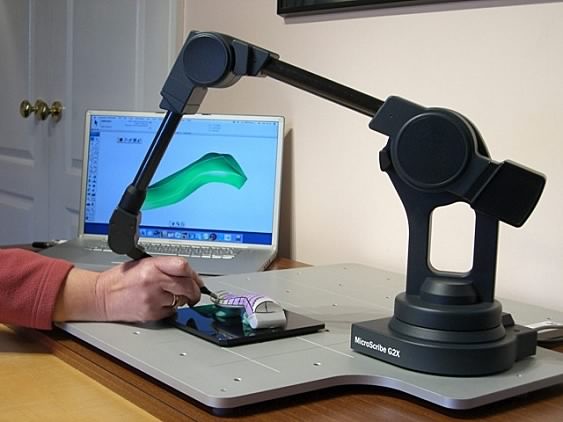 The construction industry has always carried the stigma of being slow in catching on to new trends and technologies. This allegation is, however, not entirely true because the industry has very quickly caught on to the use of 3D.

3D laser scanners are now widely used in the construction industry. In this article, I'll discuss the usability of those scanners, how they have been facilitating the real estate industry, and what architectural designers and construction professionals have to say about them.

A 3D scanner in a nutshell

I have it on the hindsight that many readers, especially the ones who aren't so savvy with 3D are clueless about what a 3D scanner is. So I'd like to begin the discussion describing one. A 3D scanner throws a laser light line on an object to capture its dimensions and spatial relations.

The purpose of using a 3D scanner is to scan and replicate a physical object. After scanning an object, a scanner produces a point cloud image. The X and Y coordinates define the grid positions and the Z coordinate defines the pixel values. Advanced 3D scanners come with multiple scanners to replicate objects that are considerably large.

At the beginning of this article, I wrote the real estate industry has been becoming increasingly reliant on the use of 3D laser scanners. Those scanners can benefit the construction industry in more ways than we can figure out. Below, I describe some of them for readers:

It's not ready yet

I don't want to confuse you but despite offering all the said benefits, the 3D laser scanning technology is not yet ready. Take it from me as it's a fact. It becomes evident when you see the market has grown only 25% over a span of five years. When fully ready, the market will outweigh many other markets and people like me won't have to scribble down its success in terms of words.

Even though the real estate industry is the biggest beneficiary of 3D laser scanning, the benefits are in no way not restricted to it.

Below are some of the industries, other than construction that require the use of a 3D laser scanner.

Remote oil facilities: A 3D scanner benefits both extraction facilities as well as refineries. Many facilities have underwater lower dungeons, implying difficulties validating the overall geometry of the site. But when you have a 3D scanner, you can scan the entire site in a short time irrespective of whether or not it's underwater, and ensure accuracy.

Forensic investigation: The whole point of a probe is to gather evidence. By using a 3D scanner, you preserve evidence. The law enforcers have traditionally used photography for evidence preservation. But 3D laser scanning is way better than photography as it captures each microscopic detail about the object scanned.

Holographic display: It's a relatively nascent application of 3D and requires 3D laser scanning machines being used. You capture something (or someone alive and kicking) and then renders a hologram of the object/person.