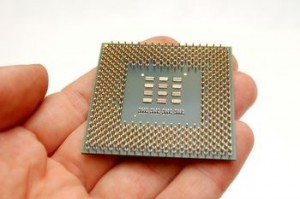 The most important part of a PC computer - the brain - is the microprocessor (also called: processor or CPU). Often the most expensive element in a computer (along with graphic cards), the processor performs system calculations and data processing. A single processor can sometimes cost three-four times more than the motherboard itself.

The first microprocessor ever was made by Intel in 1971 and the chip was called 4004. Today, Intel and AMD control the processor market at least for personal computer devices.

Even though Intel was the first company which invented the microprocessor and was the first on market in 1971 with its 4004 chip, its dominance hadn't always been assured. The two very popular processors in that time were not from Intel. In the latest 1970, PCs were mainly using Zilog's Z-80 and MOS Technologies' 6502 processor. In fact Z-80 was an improved and a cheaper clone of Intel's 8080 processor. In 1970s there was a tendency for other companies to copy Intel's products. IDZ, VIA/Cyrix, AMD and Rise Technologies copied Intel's products under different names and some of them became even more popular than the original (example: Z-80 processor from Zilog). 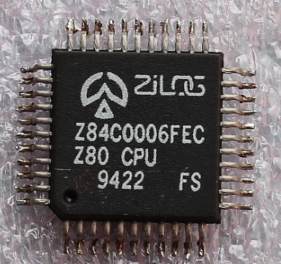 The computing power for these very first processors was limited to 1-2MHz (compared to today's microprocessors featuring multi-core architectures and speeds counted in GHz-thousands or tens of thousands MHz).

In 1970s and early 1980s, Z-80 was widely implemented in personal computers running the CP/M operating system and 6502 was predominantly used in Apple I and II machines. 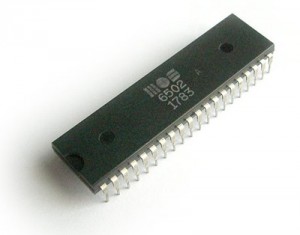 In 1981, when IBM introduced the IBM PC, the fate of Microsoft and Intel microprocessors changed forever. The new IBM PC featured an Intel 8088 at 4.77MHz running the MS-DOS 1.0 operating system. All PCs that followed were using Intel or Intel-compatible microprocessors, each new generation having capabilities to run software written for models preceding the current version.

This video presents Glenn Henry, CEO and founder of Centaur Technology takes GigaOM on a tour of computing from WWII through the 70s.