3D printing, also referred to as additive manufacturing by many, has been welcomed in all spheres of life to replace the age-old traditional forms of manufacturing. Unlike traditional methods of manufacturing 3D printing does not require cutting raw materials to produce an end product. It is actually a rapid prototyping method that uses digital models created by topping up layers of the raw material to produce a three-dimensional product. Although there are many advantages of 3D printing, its cost-effective capability is attracting tech giants and small-to-medium businesses along with homemakers alike.

Using 3D printing, one can design end products after a well thought-after process. You do not need a prototype before producing the final product; thus, 3D printing helps in reducing rapid prototyping costs significantly. You can see your product coming to life in the design stage itself and make improvements in the design until your model matches your idea completely before you print it.

There are many scenarios under which 3D printing can significantly reduce the rapid prototyping costs. Some of those scenarios are as follows:

Earlier 3D printing was anything but rapid. When the technology was new, businesses would take anything from a week to ten days to produce a single model. However, over the past few years, a lot of research and development have gone into the viability of 3D printing and exploring its advantages. This has resulted in rapid prototyping now with 3D printing where businesses are capable of handling production as well as delivery of end products on the same day. With this, the design cycle is shrinking and hence a reduction in costs. End products are reaching the consumers faster and businesses are capable of turning their raw materials into end products at a much faster pace than they could ever do with traditional methods of manufacturing.

3D printing (or additive manufacturing) has been receiving a lot of attention among designers, manufacturers and engineers lately owing to the fact that it creates a more accurate and faster path to prototyping and an end product than traditional manufacturing. 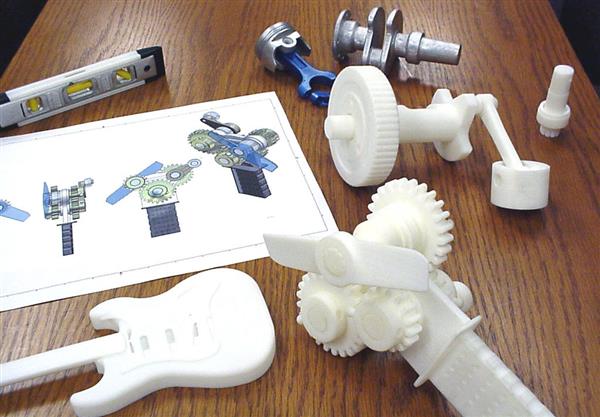 Using 3D printing, the time required and the money needed to produce various types of tools and patterns needed in the production cycle can be significantly reduced bringing the prototyping costs much lower than conventional manufacturing. Because of this, everyone is researching into what else 3D printing can do and other benefits this new technology can bring to the supply chain, bringing in more cost cutting for the manufacturer and better-quality products for the end consumer.

What a new technology like additive manufacturing or 3D printing can bring to prototyping is multi-fold efficiencies in production, reduction in raw materials and operational cost cutting. One can produce three-dimensional models with intricate designs, complicated shapes that are otherwise impossible with the help of traditional manufacturing. Time and money saved from rapid prototyping can be used by businesses to think about new product lines and better meet the needs of the end customers by producing better products much quickly and bringing them to the market.

Using 3D printing, staff required is lower and waste made during the design and production phases is also lower. What was earlier known as a technique for rapid prototyping is today opening doors to becoming a revolution in the manufacturing industry and wiping out conventional methods completely.

infinity3dprinting is author at LeraBlog. The author's views are entirely their own and may not reflect the views and opinions of LeraBlog staff.