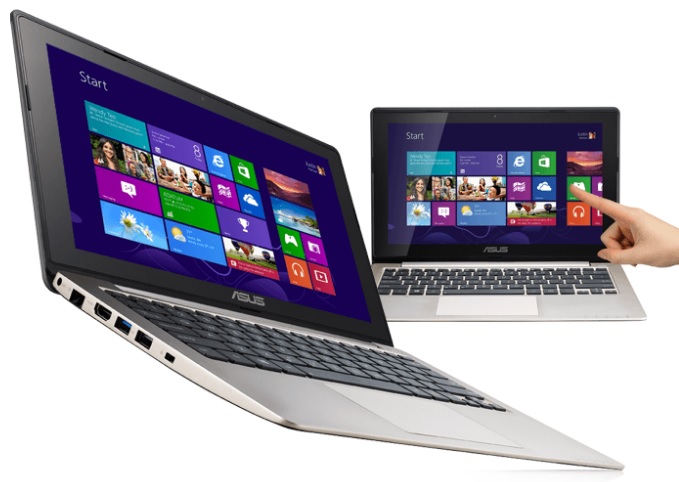 The first good reason is because ASUS are the best motherboard producers in the world. Their motherboards are the highest quality because quality control is one of their big issues and selling points. They have made it their company mission to create the most high quality motherboards, and it is a promise that they consistently delivery upon. Their corporate mission and dedication to quality has lead to them creating motherboards for giants such as IBM, Sony and Apple.

This article argues that over the years, some of the world's biggest computer/electronics brands have trusted ASUStek to manufacture or assemble notebooks or laptops. The argument is that if these mammoth corporations were willing to trust this company with creating or assembling hardware, then you too have plenty of reason to trust that their ASUS laptops are of a high quality. Here are some examples of how the world's largest companies have trusted ASUStek.

ASUS are great for notebooks and laptops

ASUStek have often beaten out other manufacturers such as Foxconn electronics and Quanta computers in order to work for Sony and create very high-end notebooks. ASUStek is one of the main manufacturers of Sony laptops, and so they are highly experienced at creating laptops and notebooks of a high quality and standard.

The further proof that ASUStek has had some real experience creating world famous laptops and notebooks comes from their production of NEC hardware. They have previously secured orders for notebooks for a Japanese company called the NEC. This acts as further evidence that ASUS laptops are not being made by amateurs and that you can trust the hardware that they create.

HP have made orders from ASUStek

Consumer laptops have been ordered by Hewlett-Packard (HP) for the assembly of laptops/notebooks. If you were buying a laptop from a manufacturer who had never put together a laptop, then you may be understandably apprehensive. But, here is a company that has put hardware together for Hewlett-Packard (HP). If they can trust ASUStek, then there is no reason why you cannot.

The iBook was a model that was launched in 2006. The company Quanta had always been the creator of Apple goods, and yet as early as 2006, the ASUStek Company was making notebooks for Apple. Their notebooks were 14.1 inch widescreen devices that were a technical marvel in the year 2006.

ASUStek have made electronics for Sharp

Sharp has increased its outsourcing in the past, and they asked ASUStek to create 30,000 laptops called the Asus S5N model. It was a slim computing device which was 12.1-inch.

ASUStek made volume amounts of the 17-inch notebooks for Sony

Details were never made officially public, but many references were made about how ASUStek received a bulk order for a 17-inch wide-screen notebook from the Sony Company. The Taiwanese notebook maker was the one who leaked the information.

ASUStek have made ultra portable devices in the past

If you are worried about buying an ASUS laptop, then take a look at the ultra portable devices that are on the market by Fujitsu, Sony, Sharp and IBM. They are all made by ASUS and are of the highest quality.

The ASUS laptop is very well received in the community

ASUS laptops are very competitively priced and they are light, stylish and crammed with little extras that are pleasing after a little bit of investigation. Current laptops are cutting edge in their design and their support option are very good. Many people are very happy with their acquisition in post purchase reviews and lots of people say that it beats out the more utilitarian IBM machines.

Many people have reported that they like the slim, esthetic and light weight feel or the ASUS laptop. Lots of people are very happy with the performance, which many claiming that it gives their desktop computer a run for its money. People have been testing games and fin that the 1024×768 makes gaming playable, as does its ATI X600. There are also positive reviews about the 15 inch SXGA+ (1400×1050) screen too.

Lots of people are happy with the optical mini mouse and with the touchpad too. The fan is a good one too with very little noise. It is efficient at 1400 RPM, with it going up to 1700 and 2200 RPM when games are being played.

Some of the world's biggest electronics companies have trusted ASUStek to create their computer hardware for laptops and notebooks, and the reception of the laptops has been mostly positive. So there is little reason why you should not buy one.

Sonia Jackson who writes for essay-land. She can ask all your questions about writing and editing.