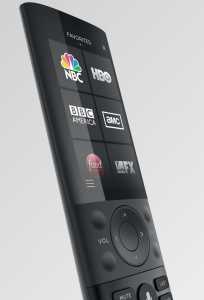 Imagine getting ready to watch a movie at home. To get the full effect of your favorite film, you have to switch on the TV, turn on the home theater system and make sure all the speakers are working, turn down all the lights, turn on the microwave to prepare the popcorn, and do any number of other small tasks to set the mood and get comfortable. However, what if you were able to make all your preparations for movie night simply by hitting a single button? This is what the new Savant Remote promises users: seamless home automation that gets all the appliances and systems in your living space working together under a single master control.

The Savant Remote looks like any other sleek black remote designed for use with a television or home theater system. However, with the touch of a button, the remote can go from controlling the TV, to the stereo, to the lights, to the smart appliances in your kitchen. Along with the controls that allow users to switch between appliances, the remote also has familiar controls such as "start," "pause," and "stop" that allow for more precise control.

In addition to controlling individual appliances, users of the Savant Remote can also use their remote to set up scenes, or master controls that adjust several different systems at once. For example, if you want to use your remote to set up a party scene, you could program it to turn on the porch light for guests, crank up the music, activate keyless locks on the areas where you don't want guests to go, and switch on mood lighting inside. At the touch of a single button, all the systems controlled through the scene would activate simultaneously.

Home automation with the Savant Remote is a good investment that can ultimately save time and money for users who are willing to take advantage of its full potential.