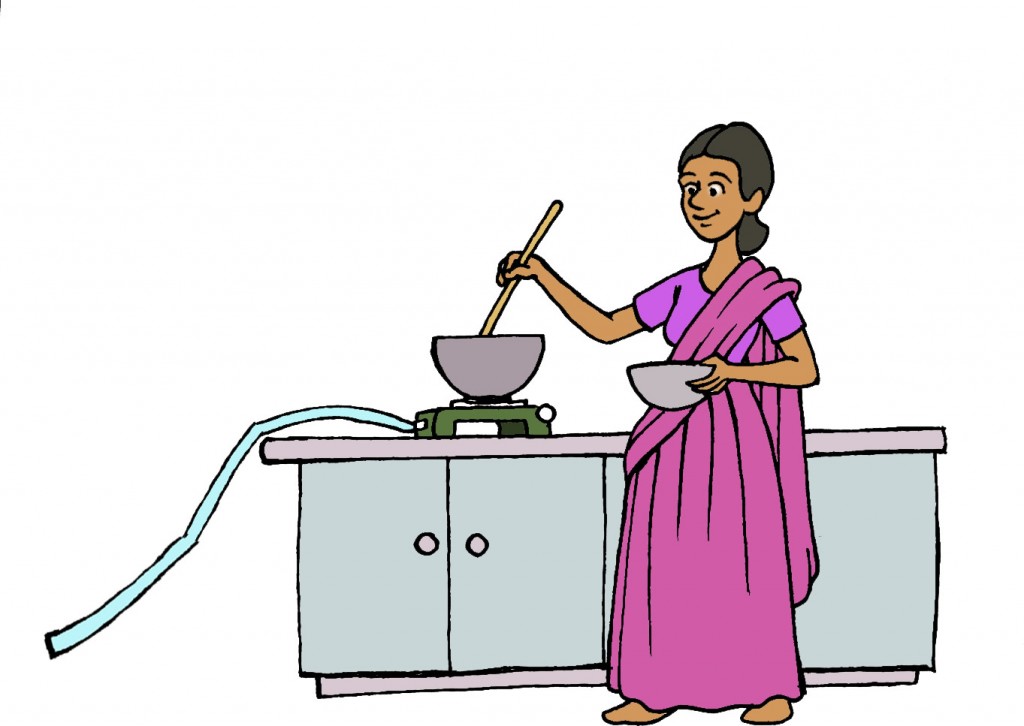 A power outage can be a stressful time at home, especially when it gets dark outside. It is best to be prepared for any situation that can arise from this, especially if you live in a neighborhood that seems prone to power outages.

One of the biggest challenges when the power is out is determining the best way to cook. Sure you can make peanut butter and jelly sandwiches for a night, but sometimes the power is out longer than we ever expected. It is important to know the basics of preparing meals without power, in case a power outage strips us of our basic cooking necessities.

If you have gas appliances in your home, your troubles will be much less than others when the power goes out. Depending on if you have a gas stove, or a gas oven, you can still cook all that you need, even if it is by the shine of a flashlight.

If you have all electric appliances inside, you will have a bit more trouble cooking during a power outage. There are certain things that you can cook, and appliances you should invest in beforehand that will allow you to produce delicious meals without the appliances we have become used to.

Although the initial cost is high, solar ovens have a low cost to run. The energy they use comes directly from the sun, fueling your cooking. Even on a cloudy day you can use this oven, although it may not reach as high of a temperature. The top temperature is usually about 400 degrees Fahrenheit, although the average runs between 300 and 325 degrees.

The solar oven is easy to move around. It works best when you use it during the sun's strongest points in the day, usually between ten in the morning and four in the afternoon. Make sure to begin cooking early enough to ensure that you will have enough sunlight to cook your meal thoroughly.

Dutch ovens have become a popular cooking method for camping trips. The convenience of compiling all your food into one pot, throwing some coals on top, and serving the delicious results can be used at home, even when the power is out.

There are many different styles and sizes of Dutch ovens. Each one can deliver the same delicious foods, but some are just in different portions, or use a different amount of coals. Although they are the heaviest, cast iron Dutch ovens have the most cooking benefits. They keep their heat longer, cook the food at a more uniform temperature throughout, and keep warm longer. When the power is out, a cast iron Dutch oven can be a fun way to deal with the problem. It will give you an excuse to cook outdoors for the day.

A pressure cooker is one of the few devices that can be used to cook food inside while the power is out. It usually cooks the food faster than any of the other methods, and uses much less energy.

The pressure cooker can be brought up in temperature with a gas stove, or by creating a hay box, which is an old method used to bring meals to a boil. This consists of creating a box, insulating it, and bringing the temperature up high enough to boil the contents. This method uses much less fuel than most others.

Summertime is the perfect season to ditch the kitchen and fire up some burgers out on the grill. Take advantage of the power outage to do just that. There is a wide span of grills to choose from, ranging from the small and portable for $15, to the large and expensive that can hold twenty hamburgers on two separate levels at a time.

The two most common types of grills are charcoal and propane. Each can be run while the electricity in your home is out. If you do not already have a grill of some sort, it is smart to invest in one for the summer, or in case of an unexpected power outage.

Besides just with the grill, propane is used for stoves designed for the outdoors. There are a few propane appliances that have been rated for indoor use, but generally speaking, they should be kept outside.

These stoves are able to cook hot and fast. They are perfect to use when you are in a bind. A 20 pound tank of propane will give you about 15 hours of cooking time. It is important to keep watch over the tank before using it. Make sure it has not accumulated any dents or rust. These problems could result in a leak.

When the power goes out in your neighborhood, you still have options available to you. If the temperature is right, cook your meals outdoors. This could be just what you need to get you and your family outside this summer.

A post by +Cassie Costner. Cassie writes for LeraBlog and jpeletric.com,one of the best companies serving electrical needs for citizens in Salt Lake City, Layton and Ogden. She is interested in how people compensate for the lack of power when those unexpected outages occur.