When you consider buying a new television, you're inevitably going to be spoiled for choice. You'll want something stylish and efficient, but naturally don't want to break the bank either, and because of this actually choosing a TV can frequently become quite an undertaking.

Sometimes, the possibility of buying a â€˜graded' TV steps into this situation, but the usual reaction from the consumer is to dismiss this option without too much thought. Unless a TV is billed as â€˜new', the most common reaction is to view it with suspicion; at best it's viewed as a poor quality or used machine that inevitably won't live up to expectations, and at worst it's seen as an utter waste of money, but is that really fair?

The problem lies within people's perceptions of what â€˜graded' actually means. With that in mind, I'm going to try to set the record straight, and take a look at whether graded stock really deserves this negative reputation, or whether it could actually be exactly what you're looking for.

A graded television is essentially a new television.

Yes, you heard me correctly.

The only reason that a graded TV possesses the â€˜graded' tag is that, due to many reasons, it can no longer be sold to customers as being â€˜new'. However, these reasons have absolutely nothing to do with being broken, poor quality, second-hand, or any other negative accusation you may have heard.

So what exactly leads to a TV being classed as â€˜graded'? 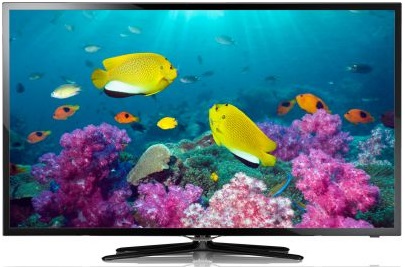 Reasons for a TV to be Classified as â€˜Graded'

Is There Any Reason to be Suspicious about Graded Stock?

The short answer is a resounding â€˜no'.

Graded televisions are all fully tested to ensure their suitability, and more often than not they will be identical to the products you see on the high street.

The fact is that televisions have an exceptionally short turn-around anyway (usually approximately 6 months), and once TVs become anything other than the latest technology they soon find their way into graded stock. This means you can find some true TV gems within graded stock, and best of all you can find them for less than 50% of their original prices. That means you can obtain a television that's literally new for half the price. What's not to like?

Clearly, dismissing a graded television could be a huge mistake for you to make, as for the same price as a high street model you could actually be able to procure something far more impressive than you could ever have afforded otherwise.

With that in mind, the question changes from â€˜why would I want to buy a graded TV?', and instead becomes â€˜which graded TV would be best for me?'

Just like when choosing any other sort of television, navigating through the huge variety of graded TVs can be a mammoth undertaking, so here are a few basic suggestions to make sure that you're getting the most from your new television:

Ultimately, choosing a graded TV won't make deciding on your ideal TV model any easier, but it will ensure that your new purchase is a real bargain par excellence, and it won't compromise on quality either. When you take all that into account, avoiding graded televisions just doesn't make sense. It really is that simple.

Written by Russell Elliott of electronicworldtv.co.uk.